After spending more than 19 years in prison for a crime he did not commit, Californian man, Horace Roberts has finally reunited with his family following a court declaration that he is factually innocent of the murder of his former lover Terry Cheek.

Roberts was on October 3 exonerated after a review of a forensic evidence, while murder charges have been filed against two other men, including the victim’s husband, Riverside County District Attorney Mike Hestrin said on Monday.

“What happened to Horace Roberts is tragic,” Hestrin was quoted by news site AFP.

“We as prosecutors always strive to be vigilant and follow the truth. Once I learned of the new DNA findings, I immediately directed that all charges be dismissed. Mr. Roberts has my commitment that we will aggressively apply new technologies to past, present and future prosecutions,” he said while announcing the names of the new arrests in the 1998 murder case – Googie Harris, who was Cheek’s husband and Joaquin Leal, the nephew of Harris.

Attorneys at the California Innocence Project had alerted the D.A.’s Conviction Review Committee to take a comprehensive look at Roberts’ case. The project’s examination of DNA evidence not introduced during Roberts’ trial would later be instrumental in getting him released, Hestrin said, adding that the same DNA evidence will be used in the proceedings of the two men now charged.

Roberts was convicted in July 1999 of second-degree murder in the April 1998 death of Terry Cheek. Cheek had vanished the night of April 13, 1998, and never made it to her late-night shift at Quest Diagnostics, where she worked with Roberts, according to investigations.

After four days, her strangled body was found along the highway near Lake Corona, and people immediately suspected Roberts, who, according to colleagues at the company was having an affair with Cheek, though she was married. 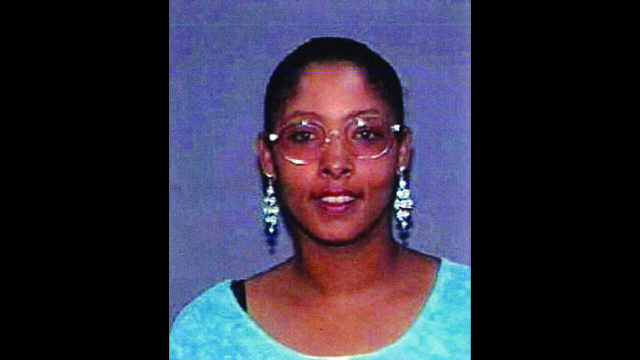 When questioned by investigators, Roberts lied about the affair in what his lawyers said was out of shame and embarrassment but detectives found that lie as a form of a cover-up of his murder.

His lies were used against him by prosecutors during trials of the case. What made matters worse was that a truck he owned was found near the crime scene and a purse in his possession was also said to belong to the late Cheek. A watch found next to Cheek’s body which also belonged to Roberts became the main basis upon which he was sentenced to 15 years to life for second-degree murder.

Roberts, from his prison cell, reached out to the California Innocence Project, and over the next decade, lawyers from the project asked for DNA testing from Cheek’s fingernail scrapings, the watch found near her body and the rope that was used to strangle her.

In 2017, the Innocence Project conducted a more sophisticated DNA testing that was not available at the time of trial in 1998.

“No one had any idea who Leal was since his name did not appear in any of the case files,” said Michael Semanchik, managing attorney at the innocence project.

“Leal is Googie Harris’s nephew, and ultimately the investigation led back to both of them committing this murder and leaving Cheek’s body on the side of the freeway.”

The two men have since been arrested and charged with first-degree murder, each defendant being held with bail set at $1 million, with arrangements scheduled at the Riverside Hall of Justice.

“Googie Harris set Roberts up,” the California Innocence Project’s Justin Brooks said in a statement cited by the AFP.

“It’s the oldest story there is in the murder business. Husband kills wife who is cheating on him. The twist, in this case, is that the husband then set up the lover to go to prison for the rest of his life.”

Media reports state that Roberts, now 60, might have been released 10 years ago had he admitted to the killing and apologized, but he didn’t.

“Because I didn’t do it, and I refuse to allow the system to rob me of what I had left,” Roberts said. “You took my pride, you took my dignity, you stole my self-worth. I was not gonna give you my soul.

“I’m glad to be home, and I’m never leaving them again. Thank God. Free at last.”