Thaba Bosiu is a sandstone plateau located between the Orange and Caledon Rivers in the Maseru District of Lesotho. It was once the capital of Lesotho, a small enclaved southern African nation. It currently lies 30km east of the modern day capital, Maseru.

Thaba Bosiu is Lesotho’s national shrine. It is where the Basotho kingdom was born and consolidated after King Moshoeshoe I and his followers migrated in 1824 from Butha-Buthe, escaping the ravages of the chaos and war among the southern African tribes. King Moshoeshoe I called it Thaba Bosiu which translates to Mountain at Night, because he and his people arrived there at night.

Impregnable, Thaba Bosiu assured the safety of Basotho from the Afrikaner, the Batlokwa, the English, the Khoi, the Nguni and other armed guests who tried to infiltrate Basotho. The mountain was believed to have magical powers, growing bigger at night. Although Britain later ceased Basotho, making it a colony and later a protectorate, it was not because Thaba Bosiu was conquered. Rather, agreements between Britain and the Boers annexed some of Basotho’s territory.

Today, the mountain is the perfect tourist destination. It is situated in the valley of the Phuthiatsana River and rises about 350 feet. Its summit is surrounded by a belt of perpendicular cliffs on average 40 feet tall. The mountain has eight springs and six passes, the main one being Khubelu pass. Near the mountains are san paintings, the Ntlo Kholo (Big House) cave, and the Thaba Bosiu Cultural Village. 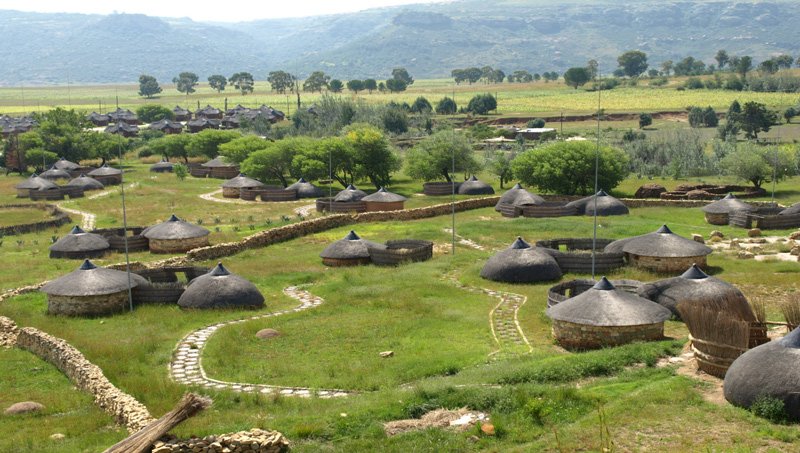 The Thaba Bosiu National Monument is a UNESCO World Heritage portraying the history of Basotho fighting the Boers. Moshoeshoe I was buried there on January 15, 1996. “The plateau holds the memories of Basotho since as a nation; they associate themselves with their founder and protector, Moshoeshoe 1. He is the only king in Southern Africa in those days who managed to practice democracy and had the reputation of being a diplomatic leader”, UNESCO says.