The Mulattos De Esmeraldas is a painting that was requested by the judge of the Royal Audience of Quito for King Phillip III of Spain.  It depicts the likeness of Francisco de Arobe and his sons, Pedro and Domingo.  It was to be delivered to the king in 1599 as a show of conformity by the Maroons. 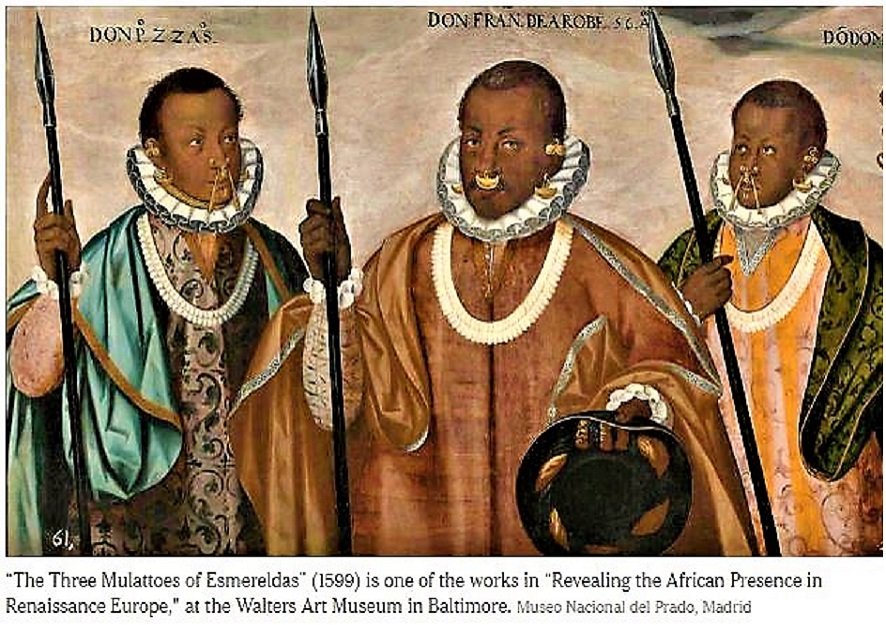 The trio were Indian caciques inhabiting the Ecuadorian region of Esmeraldas. The point of the artwork was to present it as a souvenir to King Phillip and to iterate the conversion and cooperation of the Maroons –  Africans who escaped from slavery in the Americas, intermingled with the indigenous people and formulated their settlements.

The artwork features the three men clad in traditional Spanish jerkin and cape as a sign of solidarity with the Spanish while maintaining gold chains on their neck, nose rings, lip piercings, rings in the beards and buttons in their noses.  A marrying of Spanish and African customs.

The painting also signifies three nations – Africa, with the images of spears with iron tips, America by the illustration of jewels and the mestizo artist who produced the piece of art.

The Mulattos De Esmeraldas is now housed in the Museum of America in Madrid, Spain.