Largely residing in Namibia and parts of Botswana and Angola, the Herero are one of the most uniquely fascinating tribes in Southern Africa. They are divided into many subgroups including the Tjimba, Himba, Macubal, Mbanderu, Kwandu, Zemba, Hakawona and Tjavikwa. 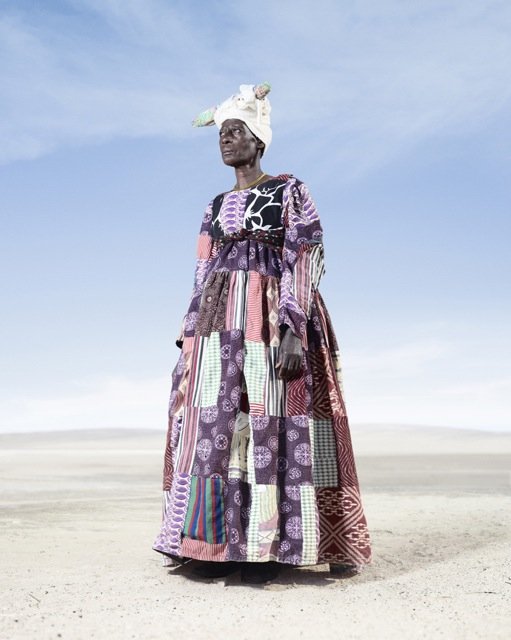 With their main occupation being pastoralists, the Herero apparently migrated to Namibia from the great lakes of East Africa somewhere between the 17th and 18th century. They were later on joined by the Nama tribe from South Africa at the beginning of the 19th century, however, there were hostilities and armed confrontations between the two tribes due to territorial issues which lasted almost throughout that century. They later settled their differences.

During the German colonial rule, the Herero and Nama tribes rebelled against them. In January 1904, members of the Herero tribe revolted against the invading Germans, which led to the “Battle of Waterberg.” However, the Germans won and drove the Herero to the Namib desert where most of them died of starvation and dehydration. The Nama also met the same fate for revolting in what is widely seen as the first genocide of the 20th century. Survivors of the massacre were segregated and forced to do hard labour. Germany announced plans some two years ago to officially apologize for this atrocious massacre committed by its colonial troops. 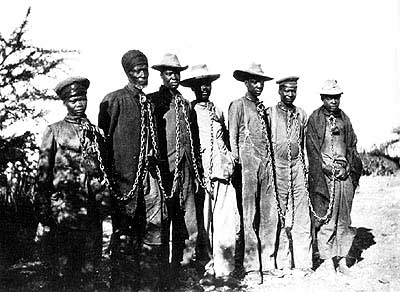 Herero chained during the 1904 rebellion

The Herero people are known for their conspicuous looking traditional outfits depicting their colonialists. The women wear Victorian-style dresses with cow horn headdresses while the men wear military-style uniforms. 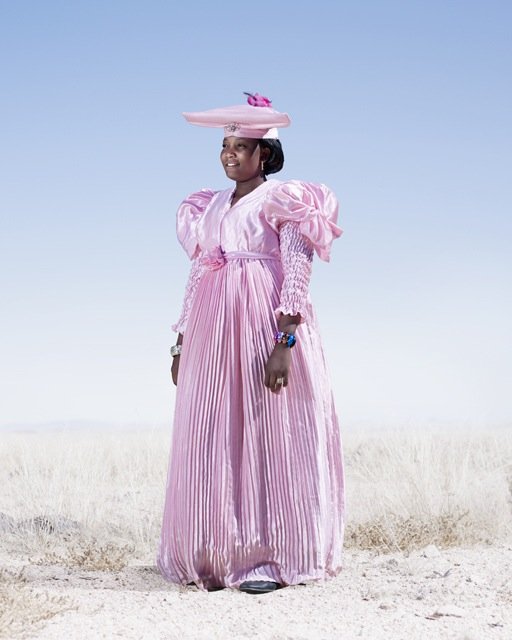 Their outfits, however, do not glorify German colonialism but rather symbolizes their defeat against adversity and their resilience and survival after attempts to wipe them out.

Herero Day, also known as Red Flag Day/Red Flag Heroes’ Day is held annually on August 26 in Okahandja, Namibia which is the burial place of former Paramount Chief and anti-colonial leader Samuel Maharero. The day is set aside to celebrate and pay respect to their departed chiefs. 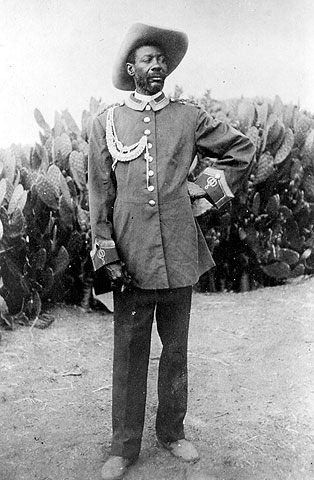