Eritrea has a very rich and interesting religious history dating back to centuries ago. Several centuries old monasteries are scattered across the Horn of Africa nation with some being major tourist attractions.

Notable among these iconic landmarks is the breathtaking Tsaeda Emba Selassie Monastery located in the mountainous Anseba Region in northern Eritrea.

The monastery was founded about 300 years ago by a monk named Abune Seyefemicheal. According to history, Abune was born in Dersenay, a village close to the mountain where the monastery is located. He frequently visited the highlands to pray sometimes spending days in the caves of the mountains where he subsequently set up the monastery.

Situated on Mount Tsaeda Emba, which is one of the highest mountains in the region, access to the monastery is definitely not for the faint-hearted but some adrenaline junkies and daredevils won’t hesitate in exploring.

The entrance to the monastery, which requires monks and visitors to cross a dangerously sharp and steep slope makes a very interesting case. Though monks have finessed the art of walking on the slopes to gain entry, visitors are usually left with no resort but to crawl as it’s almost always impossible to stand or walk on the slope. 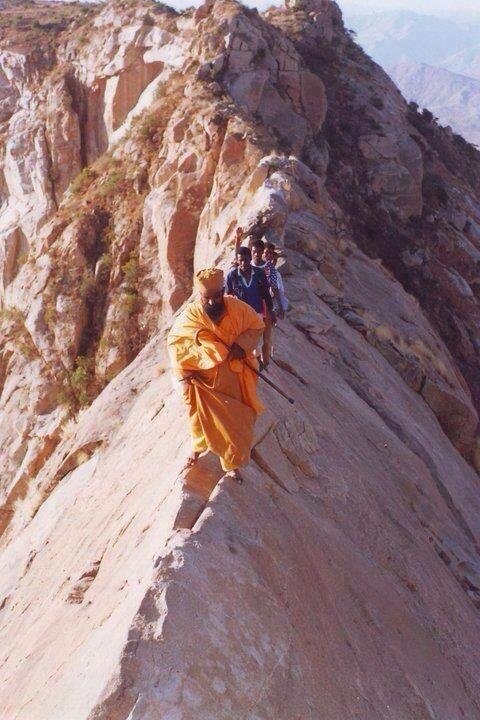 Entrance to the monastery — Photo via @YonnasManna on Twitter

Besides housing centuries-old religious books, the Tsaeda Emba Selassie Monastery also has a rather fascinating history and interesting set of policies and beliefs. Notable among them include being the only monastery in the country to be established by an Eritrean monk. There are no females allowed in the monastery and there’s a spring located on the compound believed to possess healing powers.

It is also reported that sometime during the 1970s, the area where the monastery is situated experienced a very heavy downpour characterized with lightning which struck a side of the mountain leaving a mark that looked like the Eritrean flag. The Eritrean People’s Liberation Movement also used the monastery as a hiding place during the war of independence. This was largely due to its dangerous and almost inaccessible terrains. 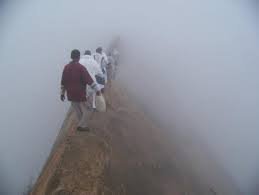 It is also worthy to note that during Italy’s colonization of Eritrea, authorities proposed constructing a road to the monastery to make accessibility easier but the monks refused their offer.

Annually on July 7, the monastery celebrates its festival and this makes a pretty interesting time to visit, that is if you qualify as an adrenaline junkie and daredevil. The breathtaking scenery and views will, however, make your adventure worthwhile and memorable.