It is one of Madagascar’s most popular tourist destinations. Filled with the bones of violent and restless pirating legends such as Adam Baldridge, William Kidd, and Olivier Levasseur, the rocky island, now known as the Pirate Cemetery of Madagascar, served as home to about 1,000 pirates in the 17th and 18th centuries.

These pirates were sailing the seas in search of booty from ships loaded with luxurious items including gold and silver from European trade with the East Indies.

Historical accounts state that while these dangerous pirates roamed the open seas causing havoc, they needed a strategic spot where they could replenish their supplies before going out to loot again.

The Ile of Saint Marie in Madagascar provided the bandits with a perfect location due to its safe and secluded bays, quiet waters, abundant fresh fruit and water and proximity to the trade route. 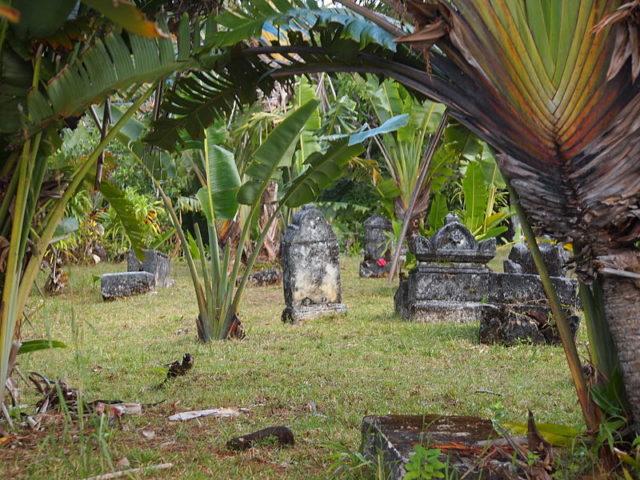 The well-concealed inlets at Saint-Marie (known locally as Nosy Boraha or St. Mary’s Island in English) also proved to be an ideal place to hide the pirate ships and set up a base for the pirates.

The brigands soon became comfortable on the island that many of them stayed even when their pirating days were over. They also married the local women and raised families.

By the late 1700s, the pirates were off Ile Saint-Marie after the French seized the land and only returned it to Madagascar in 1960.

Now described as the world’s only legitimate pirate cemetery, the site has been called the “Island of Pirates” and identified as the location of three pirate shipwrecks, according to a recently discovered map from 1733 by John de Bry, an archaeologist working on shipwrecks in the area. 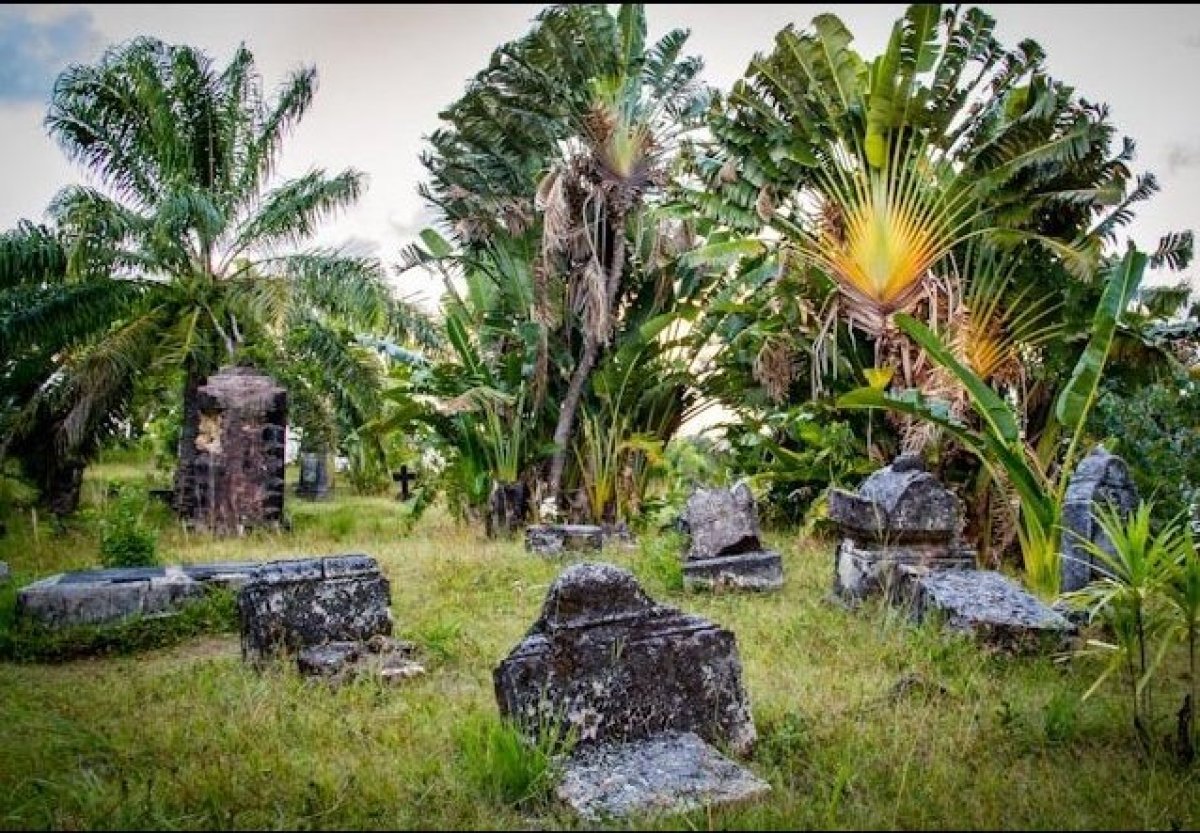 The Pirate Cemetery of Madagascar — Huffingtonpost

A recent description of the site by an article on Huffingtonpost said: “Visitors can walk among crumbling headstones and swaying sailor palms. Cyclones and centuries have worn away many of the well-aged engravings on the stone markers. But clearly visible on one grave, among wrought iron crosses and knee-high grass, there remains the clear outline of an almost childlike carving of a skull and cross bones.” 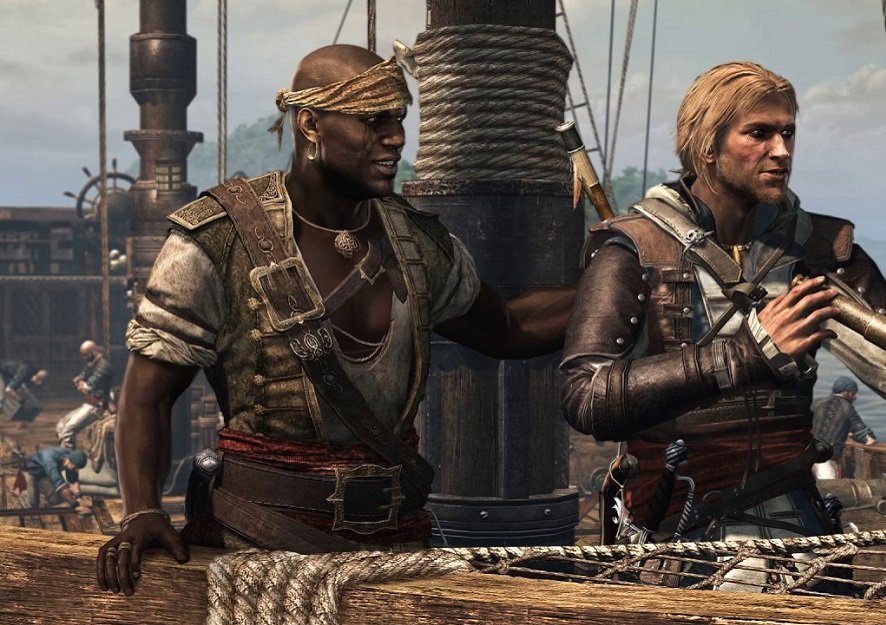 An illustration of Black Caesar, who became notable during the “golden age” of piracy

The island of Madagascar was then, during the golden age of piracy, a major stopping off point for pirates as no European power held the land so it had few laws, a supply of fresh produce, clean water and friendly natives and an ideal location for pirate ships.

“Piracy during this period was so rife that it threatened the world economy, particularly the lucrative trade from the Americas, and the colonial powers of Spain, France and Britain now all frowned upon it. With navy ships patrolling the region, the Caribbean seas became increasingly risky and pirates flocked to Madagascar in such numbers in the late 1600s that at one point there were 1,500 pirates living on the island,” according to accounts by Wild Frontiers. 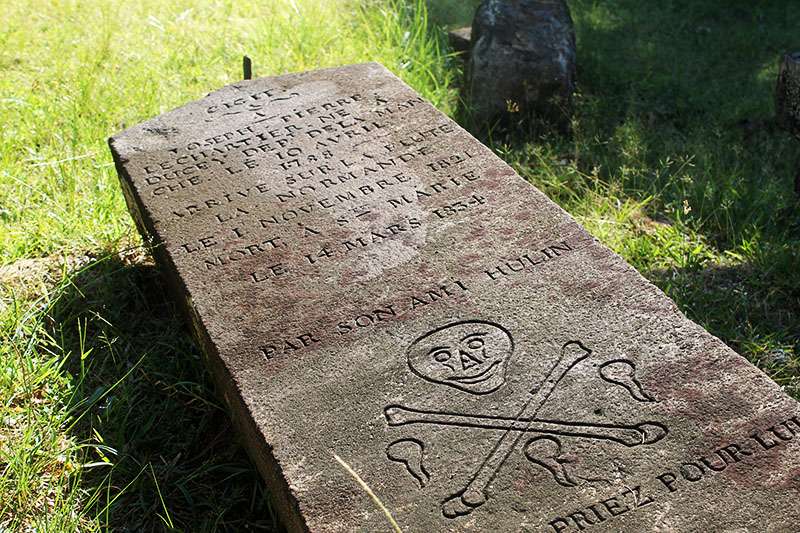 Piracy began to decline from the early 18th century as many of the bandits apart from facing stiff competition from native Indian pirates, accepted government’s offer of a pardon to give up piracy instead of facing the gallows if caught. 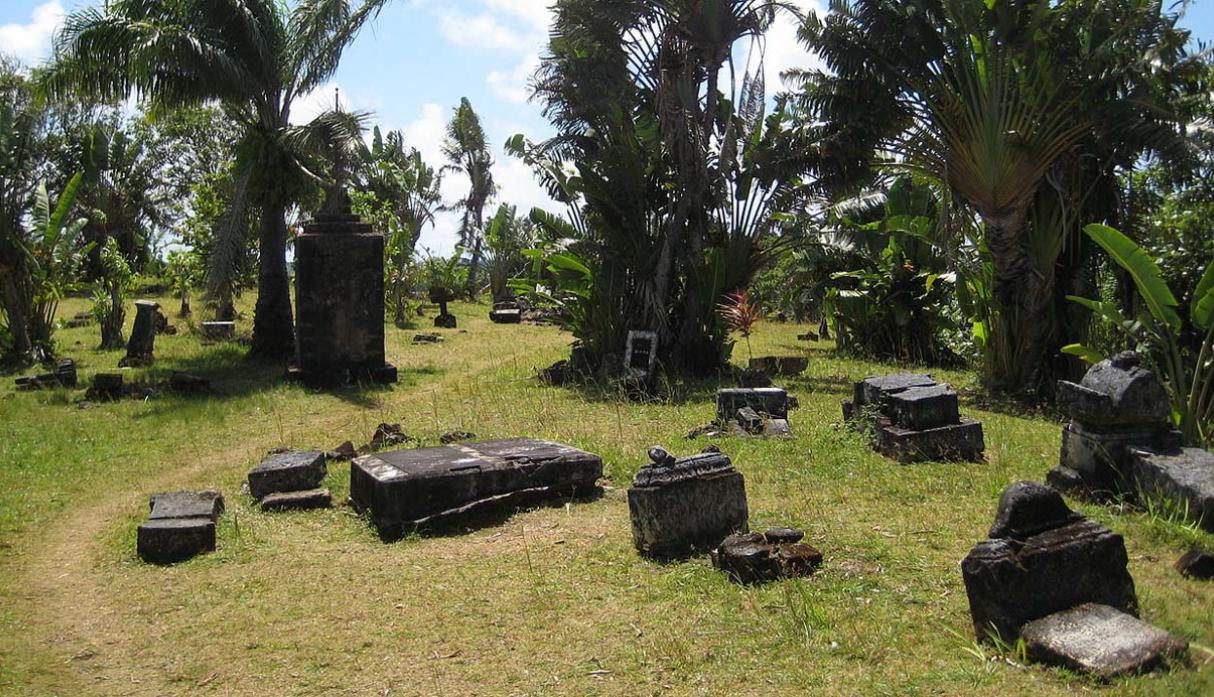 The Pirate Cemetery of Madagascar

From serving as a paradise or base for dangerous pirates, what is now left of the island is a unique graveyard with centuries-old headstones that is keeping the remains of the over 1,000 dubious sailors that lived there.

Take a look at the pirate graveyard in this video below: