Though her body was maimed by her enslavers, they could not touch her spirit as her life story showed.

Born in Olgossa in the Darfur region of southern Sudan, Josephine (which was not her first real name) was kidnapped by slave traders at the age of 7, sold into slavery and given the name Bakhita, which means fortunate.

For more than a decade, she was bought and sold several times, and went through an awful experience, including being severely beaten almost on a daily basis that she became permanently scarred and even forgot the name that her parents had given her at birth.

In 1883, Josephine was eventually sold to Callisto Legnani, Italian consul in Khartoum, Sudan. After two years, he took Bakhita to Italy and gave her to his friend Augusto Michieli.

From there, she served as a family maid and babysitter to Michieli’s daughter, Mimmina.

As she accompanied Mimmina to Venice’s Institute of the Catechumens, run by the Canossian Sisters, Bakhita began to learn about God and Catholicism and got drawn to the Catholic Church.

On January 9, 1890, at 30 years old, she was baptized into the Catholic faith, taking the name of “Josephine Margaret.”

On that same date, she was confirmed and made her First Holy Communion, the other two sacraments of initiation. 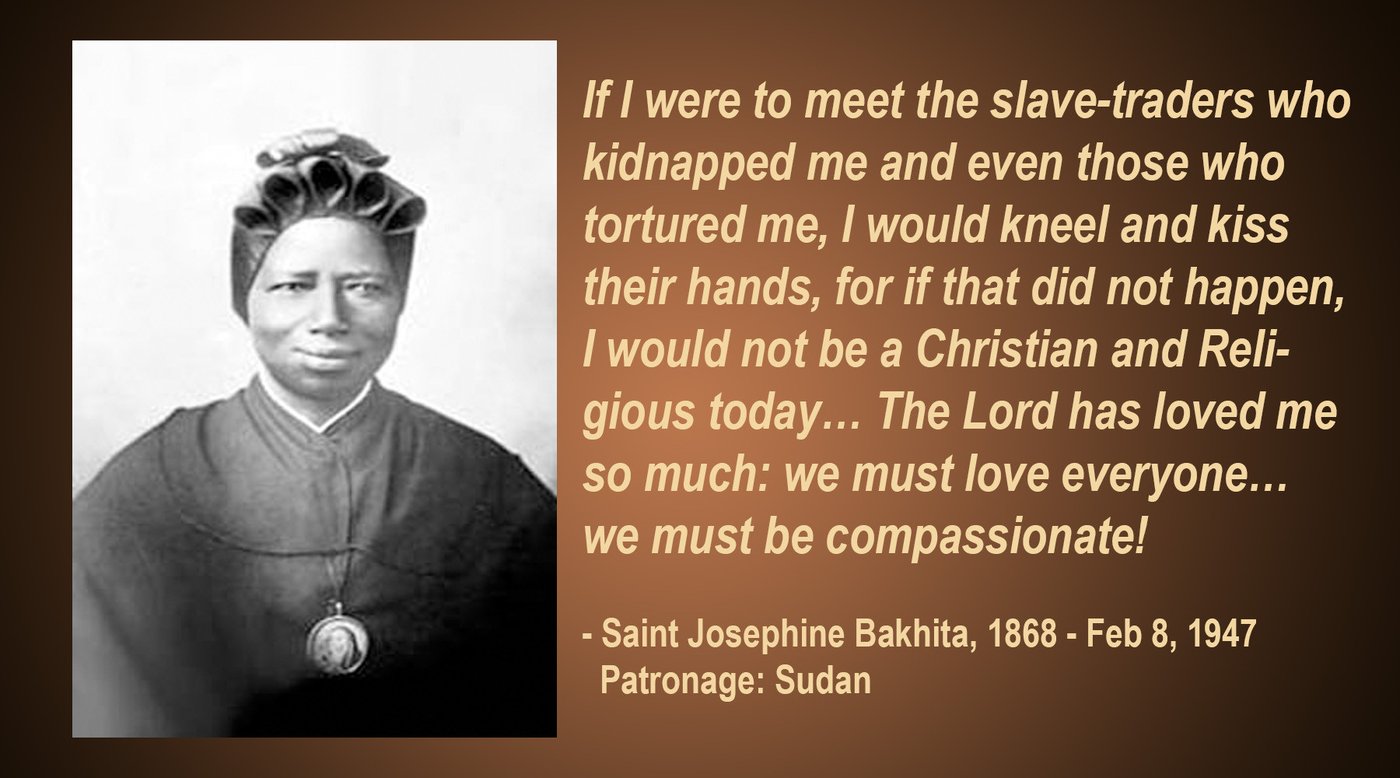 The Michielis later returned to Africa and wanted to take Mimmina and Josephine back with them, but Josephine refused to go.

A court case ensued, where the Canossian Sisters and the patriarch of Venice intervened on Josephine’s behalf.

The court concluded that since slavery was illegal in Italy, she had actually been free since 1885.

In 1902, Josephine was transferred to the city of Schio (northeast of Verona), and for more than fifty years, she assisted her religious community in different education and charitable activities.

While doing cleaning and cooking duties and taking care of the poorest people with humility and simplicity, she became well loved by many in Schio, where she was known, and still is remembered, as Nostra Madre Moretta.

Years later, she wrote her autobiography, which was published in 1930, making her more visible as she travelled across Italy giving lectures and raising funds for her church, despite her health challenges. 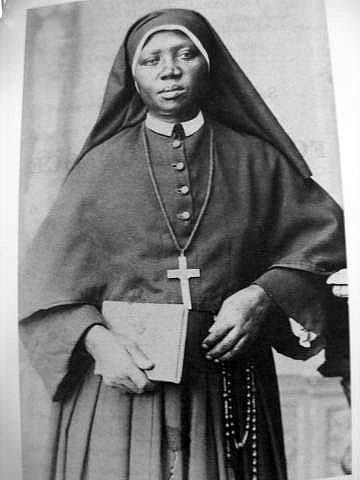 Also known as “Mother Bakhita”, Josephine passed away on February 8, 1947, at the Canossian Convent, Schio, surrounded by the Sisters.

A crowd quickly gathered at the Convent to have a last look at her and to ask for her protection from heaven, according to accounts.

In 1959, the first steps toward her beatification began. She was beatified on May 17, 1992, and later she was canonized during the celebration of the Great Jubilee of the Holy Year 2000.

A young student once asked Bakhita: “What would you do, if you were to meet your captors?”

She responded: “If I were to meet those who kidnapped me, and even those who tortured me, I would kneel and kiss their hands. For, if these things had not happened, I would not have been a Christian and a religious today.” 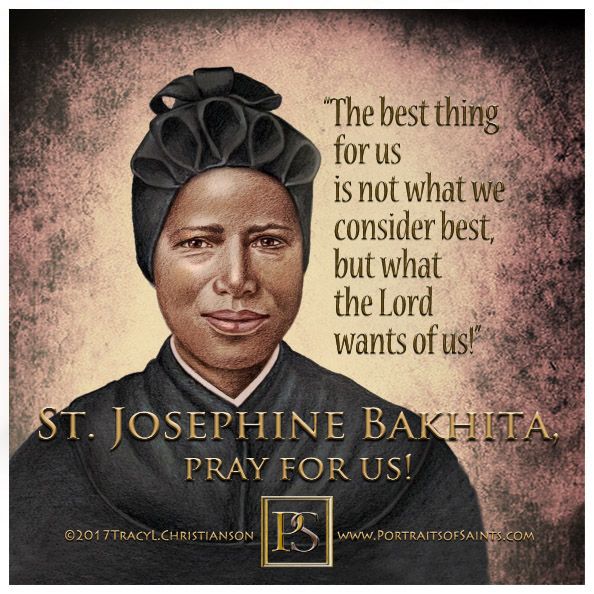 Till date, many believe that her message of forgiveness and mercy has provided humanity with hope in the midst of a period of hatred and violence.

Venerated as a modern African saint, and adopted as the patron saint of Sudan, many people still receive graces through her intercession.