Selma Burke was born on December 31, 1900, and was the 7th of ten children to her parents. Her father worked in the railway service and was a church minister, while her mother was a stay at home mom. At a very young age, Selma showed artistic skill and would often draw or carve objects out of used paper and cardboard.

Her family was not well to do; this left Selma and her siblings with no option but to attend a  poorly kept segregated school. During her free time, Selma would be found playing with clay and making objects out of it. Her parents were not pleased with her love and passion for the arts, the reason being that it was not a profession for an African American neither was it a profession that “put food on the table”. Despite her parents being against it, her maternal grandmother, who was a painter encouraged the young girl to do what felt right.

Selma’s outstanding grades in school made her parents encourage her to take up a profession in nursing, a career they believed would get her a stable income. She attended the Winston Salem University and met William Arial, a superintendent of schools who would become Selma’s first patron. Despite being white and strongly criticised by her community, William Arial encouraged Selma and tutored her, often supporting her when times were hard. 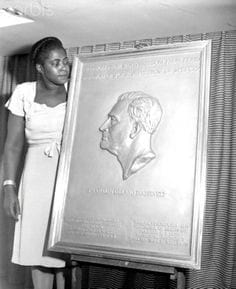 In 1943, Selma entered a national competition which she won.  Sponsored by the Fine Arts Commission in Washington D.C, the competition was to create a profile portrait of the then U.S. President Franklin Delano Roosevelt with a granted commission. Selma then wrote a letter to the president and was invited to the White House to do her sketch.

The session lasted for 45 minutes from which  Selma produced several designs. From the sketches, Selma produced a 3.4 by 2.5-foot plaque of President Roosevelt which also listed the freedom from want, fear, freedom, freedom of worship and freedom of speech.

Till date, the plaque is still hanging at the Recorder of Deeds Building where it was unveiled by President Truman in September 1945. Throughout the African-American community, Selma was celebrated for her outstanding work, but nothing significant was said of her work due to race and segregation. 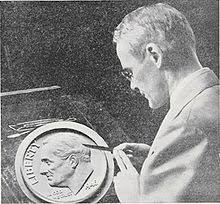 In 1946, American chief engraver at the U.S. Mint, John R. Sinnock designed the Roosevelt dime with his initials behind the dime. A lot of controversies stirred from the make of the dime because the image of Roosevelt used was the exact image of Selma Burke’s Sculpture with minor changes made to his hair.

Sinnock never acknowledged Selma but in recent times the National Archives, as well as the Record Administration of the Roosevelt Library in New York, have come out to state that the image on the dime was the original work of Selma Burke.

In her younger years, Selma received a lot of pressure from her parents, this led Burke to enrol in the St. Agnes School of Nursing where she graduated as a professional nurse in 1924. A year later, she moved to Philadephia to work and further her arts using the money she made from nursing.

Selma married her along time friend Durant Woodward, but the marriage lasted only 11 months after he died of blood poisoning. A few months later, Selma got a private nursing job in New York which she took. 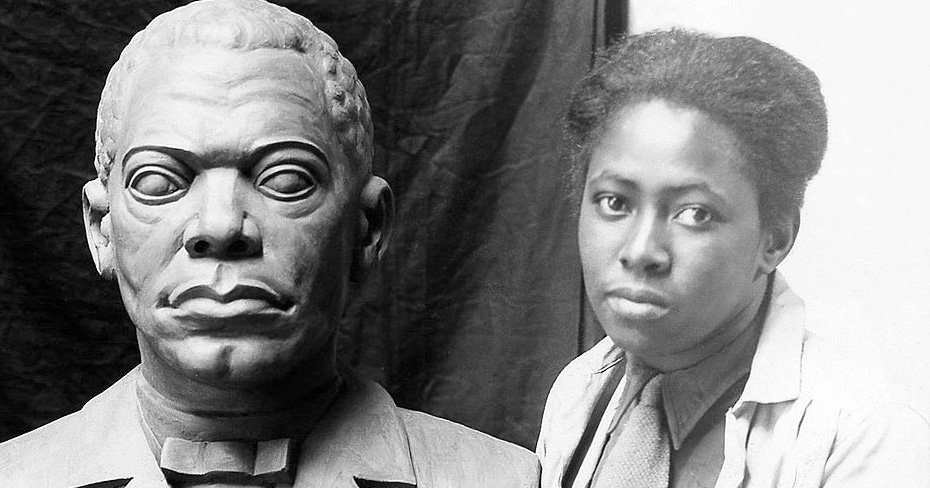 It is in New York City that her artistic life took centre stage when her employer encouraged her to pursue the arts. After her employer died, Selma took a modelling job in order to survive and joined the Harlem Renaissance after meeting Claude Mckay. Claude Mckay was a writer and lover of the arts. Selma and Claude were involved in a short relationship, but Selma divorced him when he became abusive.

After the divorce, she decided to concentrate on her work as an artist and travelled extensively throughout Europe to gain a more formal education in the field. She took training in Paris and settled back in the USA.

Selma Burke worked as a driver during the second world war. She went on to produce more outstanding sculptures and had many gallery shows where she made money off the ones that were auctioned. 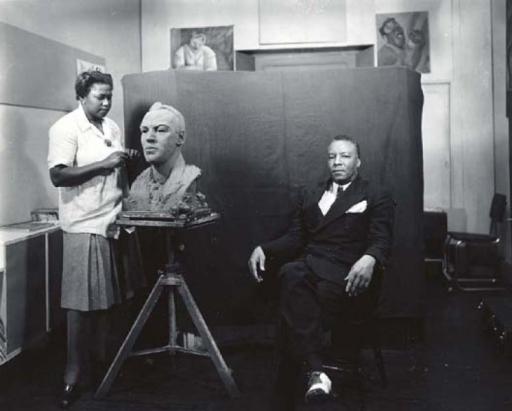 In 1946, Selma opened the Selma Burke School of Sculpture and the Selma Burke Art Centre in Pittsburg where she encouraged the African American youth to pick up careers in arts and sculpture. The schools were inspired by the discouragement she faced as a young African-American youth interested in having a career in the Arts. Her success in the field went a long way to encourage many other artists.

In 1950, Selma married architect Herman Kobbe, but she never had any children of her own. Her last work was a bronze sculpture of Martin Luther King. Selma died at the age of 94 in 1995.

Selma Burke’s works are not as celebrated as they should be. Her story and the creation of the Roosevelt sculpture which was used on the American dime needs to be told as often as possible. All credit should be given to Burke rather than Sinnock.