Deputy Prime Minister of Italy and Interior Minister, Matteo Salvini has described African migrant workers as “slaves” during a closed-door session of a migration and security conference hosted by Austria.

“I’m paid by citizens to help our young people start having children again the way they did a few years ago, and not to uproot the best of the African youth to replace Europeans who are not having children anymore,” he was quoted by Reuters.

The Italian far-right leader added: “Maybe in Luxembourg there’s this need, in Italy there’s the need to help our kids have kids, not to have new slaves to replace the children we’re not having.” 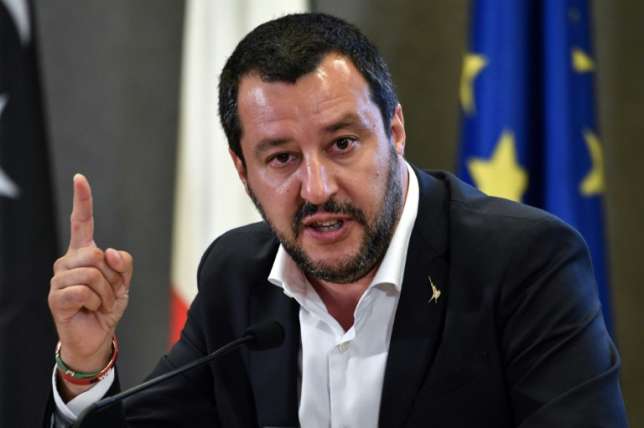 Salvini, who heads the Italian League party that holds a tough stance against immigration, made the racist remark in response to a public statement implying that Italy needed immigrants because the population was ageing.

The only reaction from the conference was a condemnation by Luxembourg’s foreign and immigration minister Jean Asselborn who interrupted the Italian by saying in French, “In Luxembourg, we had tens of Italian immigrants. They came as migrants, who worked in Luxembourg so that you could in Italy have money to pay for your children.”

Reuters further reports that the conference included some European and African interior ministers as well as EU officials.

Matteo Salvini is a member of Italy’s coalition government that took office after the general election in March. Since the coalition’s assumption of office in June racist attacks especially against African migrant workers have gone up.

In an attack on June 11, two Malian refugees who were living in a migrant centre near Caserta, a city north of Naples, were shot from a vehicle by supporters of Matteo Salvini who had shouted slogans in support of him, they told local media.

In August, 32-year-old Senegalese street vendor Cisse Elhadji Diebel was shot three times in Naples by two strangers on a scooter by the central train station. According to Italian weekly L’Espresso, at least 33 attacks were perpetrated across the country in the past two months.

Italians are quick to dismiss racist attacks against African migrants and the police do not ensure justice despite protests regularly sparked by attacks.

Matteo Salvini is also behind the blocking of a humanitarian rescue boat carrying 60 migrants rescued off Libya in July. He stated clearly that they were not welcome. Italy is one of the biggest recipients of migrants arriving in Europe mainly from Africa.