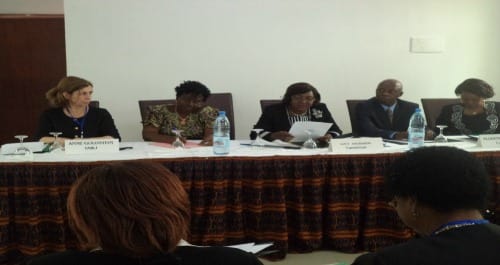 Buea, Cameroon (Face2FaceAfrica) On Friday and Saturday, the Cameroon Association of Female Judges (pictured) in the West and Central Africa country of the Republic of Cameroon, in collaboration with the International Association of Women Judges in Washington, D.C., USA, organized a two-day seminar to discuss issues relating to gender-based violence.

The seminar, titled ‘’Access to Justice for Victims of Gender-Based Violence,’’ was sponsored by the government of the Netherlands through the ‘’Women Glow Project,” which focuses its activities on women’s rights and dignity. The seminar targeted prosecutors, magistrates, judges, and participants.

‘’The seminar is aiming at highlighting sections of the law, which, hitherto, have been neglected or have been forgotten relating to violence against women.’’ Lady Justice Vera Ngassa, vice president of the South West Court of Appeal in Buea, told Face2Face Africa.

Eminent judges who are specialized in the area of women’s rights presented on topics, such as history and evolution of laws relating to gender-based violence in Cameroon, types of support services available for victims, procedure to seek justice, and penalties, etc.

According to the President of the Court of Appeal for the South West Lady Justice Lucy Asuagbor, “Cases of gender-based violence are rampant, but only 30 percent of such cases are addressed by the courts. This is due to the fact that women do not report.’’

In Cameroon, a majority of women who are victims of violence often do not report or take legal action against their aggressors.

‘‘Women who suffer from rape incidents do not report because they fear of being stigmatized by the community. Again, our African society and culture frowns at women who sought legal action against their husbands. It is considered a taboo,’’ Justice Beatrice Labangie of the Court of First Instance Buea explained to Face2FaceAfrica. 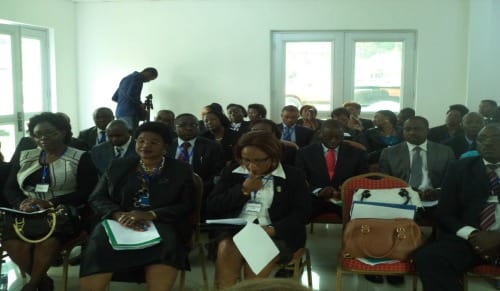 “In the past, prosecuting cases of gender-based violence were very difficult because most of the laws were found in different booklets. But today, a manual has been put together to guide judges [on how to] dispense justice.’’

The manual that has been produced has a step-by-step guide of all the laws and measures that could be used to prosecute cases. “Part 2 of the booklet highlights all the international instruments that Cameroon has ratified relating to violence against women, which judges could use to enhance their judgments,’’ Lady Justice Ngassa explained.

Cameroon President Paul Biya has created the Ministry of Women’s Empowerment of the Family, which fights against all forms of violence and discrimination against women, girls, and the family as a whole.

Though a lot of sensitization has been done to educate women and families on their rights, there continues to be many cases of violence which are not reported, and therefore, statistics are lower than the actual situation in various Cameroonian communities.

The South West Regional Delegate for Women Empowerment and the Family, Mrs. Foffah Judith Lyengu Luma, told Face2Face Africa, ’’Among women who have experienced domestic injuries in the past 12 months, 43 percent had injuries as a result of violence.’’