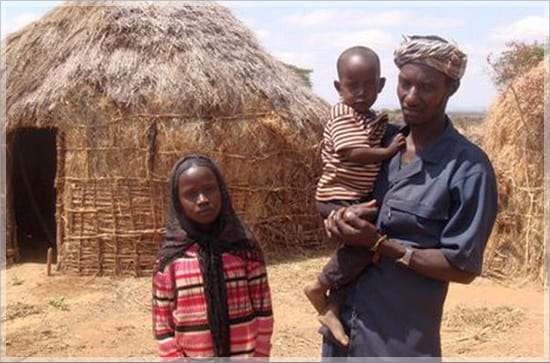 After her sister died, Tino Borantu was married off to her sister’s husband when she was 9 years old. Still she does not clearly understand what her role is as a wife, inheriting her older sister’s husband and child. But obviously she cooks for the family, looks after the small baby and lives in same house with the man who is older than her by over 26 years.

After being forced to marry, 14-year-old bride Wasilu Umar of Kano, Nigeria, rebelled by poisoning her husband, Umaru Sani, according to the Associated Press.

Assistant Superintendent Musa Magaji Majia says that Umar confessed to poisoning her groom, saying, “The suspect confessed to committing the crime and said she did it because she was forced to marry a man she did not love.”

Umar will likely be charged with culpable homicide.

Even though Nigeria forbids the marrying of youth younger than 18, the north of Nigeria is dominated by Muslim populations who observe Shariah law, which obviously permits marrying at a younger age. In Britain, child marriages have been called an “epidemic,” according to the Gatestone Institute, after Muslim clerics were caught on-camera agreeing to marry off 14-year-olds. And in Iraq, about 24 women protested a new Islamic law that would allow girls as young as 9 years old to be married and sole custody of children to go only to Fathers last month.