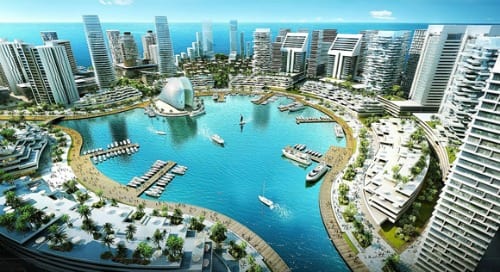 With Nigeria now having Africa’s biggest economy after its GDP (Gross Domestic Profit) was revised to 307 billion pounds, or around $510 billion, here the factors that have contributed to Nigeria’s resurgence, according to the Guardian.

It has been 24 years since economists have done the adjustments necessary to properly assess the country’s GDP as other countries perform the process much more frequently.

Egypt and South Africa have long dominated the GDP hierarchy, with Nigeria besting South Africa in its recent numbers crunch. There are grumblings, however, that there is little reason to boast considering much of the country is largely underdeveloped. Yet, becoming the world’s 26th-largest economy is huge news for Nigerians.

The consistently growing “Nollywood” film industry, telecommunications, and oil are the chief money makers for Nigeria. Telecommunications and formal and informal services are other areas showing measurable growth. There is hope that the distribution of wealth will spread among poorer citizens and therefore increase Nigeria’s standings even more.

The Guardian has more:

Though the new figures show Nigeria’s economy has grown 12.7 percent between 2012 and 2013, more than 60 percent of Nigerians still live on less than one dollar a day. “Inequality has been rising,” the finance minister, Ngozi Okonjo-Iweala, acknowledged when the new numbers were announced. “We have to work on building a social safety net to take care of those at the bottom of the ladder.”

A Deeper Look At The Five Factors:

1. Nollywood/Film – Nigeria’s film industry has been surging for years, but the last time true data was collected about films produced by “Nollywood” was in 2006. At that time, according to the Guardian, “[India’s] Bollywood released 1,091 major-feature films, Nollywood 872, and their namesakes, America’s Hollywood, trailed with 485.

Still, the number of films is considerably raised when smaller, low-budget fare from Nigeria filmmakers are included in the numbers. That would raise the numbers to almost 2,500 films released annually.

In many African-centered stores in the United States, Nollywood films dominate the marketplace. Nollywood only accounts for a 1.4 percent of the nation’s total GDP but that could increase over time.

2. Telecommunications – Nigeria’s stake in the telecommunications industry had been paltry just 13 years ago, when the government made mild estimates that 10 million Nigerians would own a mobile phone. The Guardian now writes, “There are up to 120 million mobile phone subscribers in a country of around 170 million people and dozens of providers.”

With the advent of smartphone development and tech start-ups in the country, there are expectations that the market will grow exponentially. Currently, the industry adds 8.69 percent to the nation’s GDP.

3. Formal Services – An interesting factor in the formal services industry is that it “has grown more than 240 percent compared with the last figure recorded in 1990,” according to the Guardian’s report. The government is aware of the earning power of the industry, which includes largely licensed workers in a variety of fields, and taxes it accordingly.

The informal services industry – which includes, barbers, shoemakers, small shop owners, merchants, and others – is now counted among those who contribute to the economy. Over all, these “other services” industries account for 1.68 percent of the total GDP.

4. Air Travel – The airline industry in Nigeria has struggled mightily after a series of fatal crashes. Still, in the last 20 years, several airlines have sprung up in the country. The Guardian writes that Arik Air and Dana Air are the best-known companies. That industry counts for just 0.6 percent of the total GDP, however. With improving regulations and a declaration from the government to raise standards, this is another area that will be closely watched in the coming months.

5. Oil and Gas – Nigeria’s oil and gas industries are the country’s top money makers, but what derails the potential for higher yields are allegations of corruption and corporate infighting. Even as Nigeria’s economy has risen, the industries’ contribution to the GDP stands at 14 percent, considerably lower than its 32 percent back in 1990.