Despite its harsh climate and meager population, the Western Sahara has a unique history that has been an integral part of many discourses around the world. The extensive landmass is also emerging as a case study in the ability of the international community to help a people win self-determination when they choose not to be violent and follow the rules.

A former Spanish colony now annexed and ruled by neighboring Morocco, Western Sahara remains on the United Nation’s list of “non-self-governing territories,” a situation that has continued to disrupt peace and stability in the region for close to five decades.

Since 1975, when Spain withdrew from Western Sahara and Morocco occupied the territory, hostility between Morocco and Polisario Front, a Sahrawi national liberation movement focused on ending the Moroccan presence in Western Sahara, have often threatened peace and security in the region.

No End in Sight

Many attempts to broker an agreement between the two sides, including a ceasefire agreement in 1991 and the promise of a referendum on independence, have been futile, leaving Morocco to control almost two-thirds of the territory while Polisario controls the remaining part.

The two warring factions are only separated by a 1,700-mile sand berm belonging to the Moroccan army.

In August 2016, Morocco moved south of the berm and began constructing a road in Guerguerat, a small village in the far southwest of Western Sahara, with the aim of facilitating trade in the area.

This deployment of security forces and a construction crew has been viewed as a violation of the ceasefire agreement. 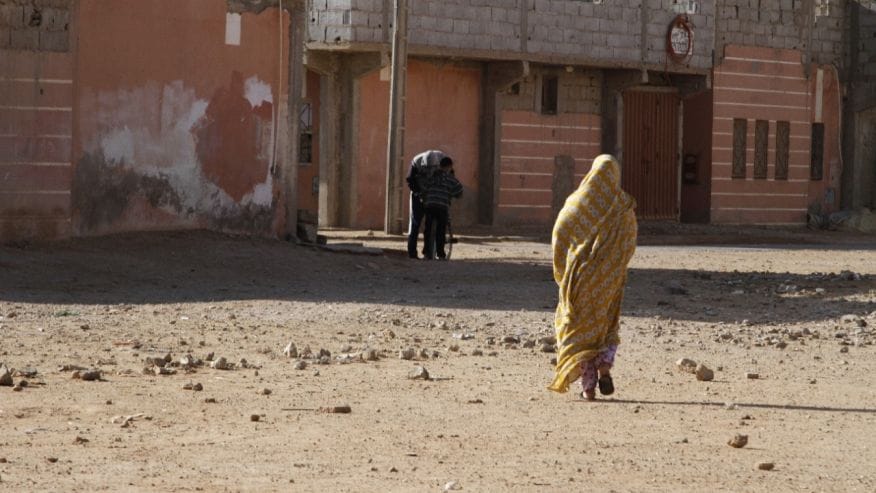 In response, Polisario rebels began constructing new structures and deploying armed militia in the area, with its secretary-general, Brahim Ghali, even paying a visit to the region in December, fueling more controversy and tension.

The conflict has forced many Sahrawis, native inhabitants of Western Sahara, out of the region, with most of them seeking refuge in the neighboring Algeria, which supports the cause of Western Sahara.

Morocco remains adamant that Western Sahara — most of which is virtually a desert — is within its territory and has continually dismissed calls for it to give up its claim to the region.

A huge chunk of the area occupied by Morocco is rich in valuable phosphates, oil, and fish stocks, while Polisario’s side provides little value. Not surprisingly, the presence of prized resources in the area is seen as the main source of the conflict.

The stalemate even led to the withdrawal of Morocco from the African Union (AU) in 1984, after a majority of member states recognized Polisario and granted it membership as the Sahrawi Arab Democratic Republic (SADR).

But with the readmission of Morocco to the AU in January, many now hope that the North African country will accept AU’s protocols, which state that members’ borders (including those of the Western Sahara) are sacrosanct.

However, there are fears that Morocco could be planning to work from within the union to challenge SADR’s membership.

Despite the outright rejection of Morocco’s claim to the Western Sahara by the International Court of Justice in 1975, many Moroccans still believe that the region is part of their country and that autonomy is a fair solution to the stalemate.

But most Sahrawis are still pushing for a referendum, which they hope will lead to their absolute autonomy.