Africa’s current image and nation brands represent a significant opportunity for the future development of its countries and regions. This opportunity is related to the emerging view that Africa may be the “Global Economy’ s Final Frontier”. Many African nations are presently experiencing the positive outcomes of substantial economic and political liberalization.

In this context, African nation branding cannot but contribute materially to solidifying, combining, projecting, and in some cases, driving the positive elements that are bringing about the current optimistic outlook. This outlook can be summarized into seven main areas which, combined, serve to improve dramatically the continent’s attractiveness to tourists and investors as well as its capabilities to compete effectively locally and internationally.

First, African internal markets are booming, with the gross domestic product (GDP) per capita growth rate outperforming the global average. This contributes to the emergence of a middle class, which has tripled in size over the past 30 years, projected to reach 42% of the total by 2020, and may soon approximate China’s or India‘s equivalent segments in absolute size. A few years ago, many staple Western goods were hard to come by in some African markets. Now, branded items are becoming widely available at the glittering new shopping malls scattered around African cities. Africa’s growth acceleration was widespread, with 27 of its 30 largest economies expanding more rapidly after 2000. Consumer spending power has risen from US$470 billion in 2000 to over $1.1 trillion in 2016, and about $1.4 trillion by 2020, and shift to high-value consumption patterns and tastes that favour manufactured goods and create new opportunities for primary materials. Africa’s economic growth is creating substantial new business opportunities that are often overlooked by global companies. The rise of the African urban consumer also will fuel long-term growth. Thus, Africa can no longer be ignored.

A growing number of companies have begun considering Africa as an outsourcing location. While infrastructure improvements, lower bandwidth costs, lower labour costs and the availability of resources are key drivers in this trend, improved manufacturing capacity, know-how, and infrastructure are significant contributing factors. But government support will be essential for Africa to succeed as an Outsourcing location. For example, the Kenyan and Ghanaian governments are not just promoting the Outsourcing industry through tax breaks and infrastructure development, they have themselves become users of Outsourcing services, increasing credibility and creating demand essential for continued growth in the industry. Outsourcing to Africa by several European countries affords them with significant cost savings, to the tune of 40-50%. Offshoring services delivered from Africa are positioned as a suitable substitute to onshore delivery hubs, while also delivering revenue-generating facilities to clients.

The world’s 10 youngest populations are all in Africa, as seen in this chart based on United Nations data. 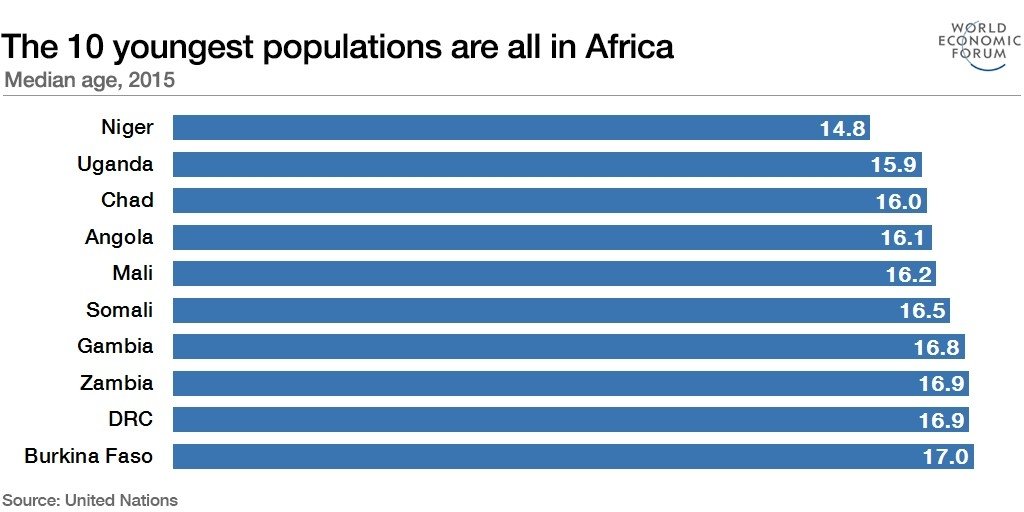 Figure 1: The 10 Youngest populations are all in Africa |Image: United Nations

As we can notice, they are all under 20. Most of them have a heightened interest in consumer goods, are brand-conscious, demand quality, and have a greater propensity toward online shopping and the use of advanced telecommunications. For instance, Jumia grew exponentially within two years of its launch; and digital money services such as M-Pesa, Paga, EcoCash, Splash Mobile Money, Tigo Cash, Airtel Money, Orange Money, and MTN Mobile Money have sprung up in several African countries. For most Kenyans, Mobile money has been life-changing. Kenya has one ATM for every 18,000 people—the U.S., by contrast, has one for every 740. In 2012, 86% of Kenyan cellphone subscribers used mobile money, and their transactions amounted to some $35 million daily in 2013. Annualized, that’s more than a quarter of Kenya’s GDP. A case in point is the Rwanda Revenue Authority, which introduces a service that allows citizens to declare and pay taxes right from their cellphone.

We have more international success stories that can be found throughout Africa today. Other examples include the Nigerian Jason Njoku, founder of iROKO Partners, and iROKOTv, the leading online streaming platform in Africa; the Kenyan Din-Kariuki, founder of the Gina Din Group, who assisted Kenya’s central bank with its rebranding; Alan Knott-Craig has been changing the telecommunications industry in South Africa since 2003. His latest innovation is setting up the largest free public WiFi network in South Africa, Project Isizwe, which he has built one community at a time.

Let’s mention, Jean Nzeyimana, founder and CEO of Habona, a clean and renewable energy company, transforming waste into briquettes… It is important to recognize that cases like these go well beyond simply touting success stories and reflect, rather, a noticeable trend toward Afrosolutions and a growing wave of internationalization by African firms. Such developments help to increase the continent’s global footprint right in buyers’ homes and businesses, which can make a material difference in how “brand Africa” is understood internationally.

Africa has long been perceived as a continent with huge potential, and in recent years significant progress in realising this potential has been observed. Notwithstanding many challenges, the consensus is that business opportunities abound and are increasing. Africa’s own companies are on the internationalization path, and the continent’s resources remain as plentiful as ever. Nevertheless, we should make more efforts in systematic marketing sectors including tourism, foreign investment, natural resource and manufactured exports, and higher education.

Moreover, the absence of intra-African research on nation branding, or the generally positive view of African consumers about products originating from more developed countries, may affect individual countries’ efforts to establish their own identities. We need to actively manage our nations’ images through branding, instead of letting them develop organically and risk seeing them evolve toward unwanted directions.