Thousands of people from all walks of life have begun flocking to an Ethiopian church in Louisville, KY, in search of a “holy water” which is believed to cure all manner of illnesses.

At the Ethiopian Orthodox Tewahedo Church which is along Goldsmith Lane near Bardstown Road in Louisville, KY, one will usually see in its parking lot of range of cars with varied license plates from Texas, Maryland, and Colorado, showing how people are willing to travel the distance just to seek the holy water service.

The Ethiopian Arch Bishop Father Fikieyesus Desta founded the Ethiopian Orthodox Tewahedo Church in 2008 and travelled to Louisville to bless their water which is now housed in a unit outside. 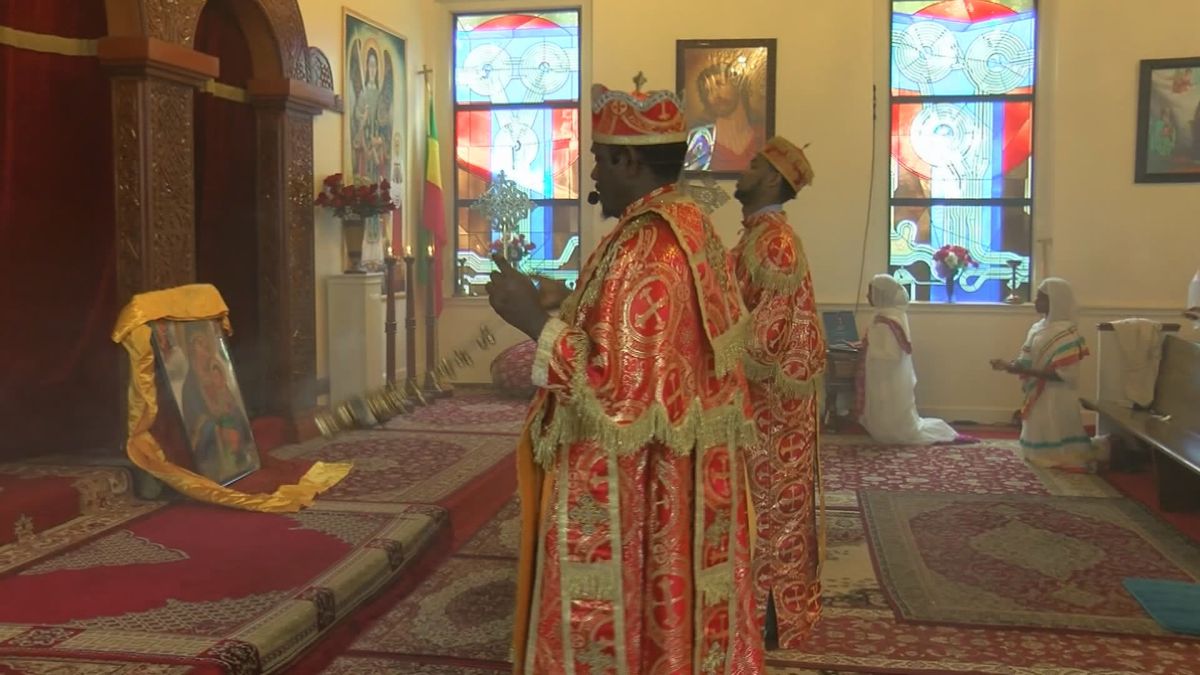 Some are rinsed in the water and others drink it; ultimately they all leave the site cured of any physical ailment, it has been reported.

“Anyone who is sick spiritually or physically can go to the church and get the holy water service and is healed,” Father Fikieyesus Desta said. 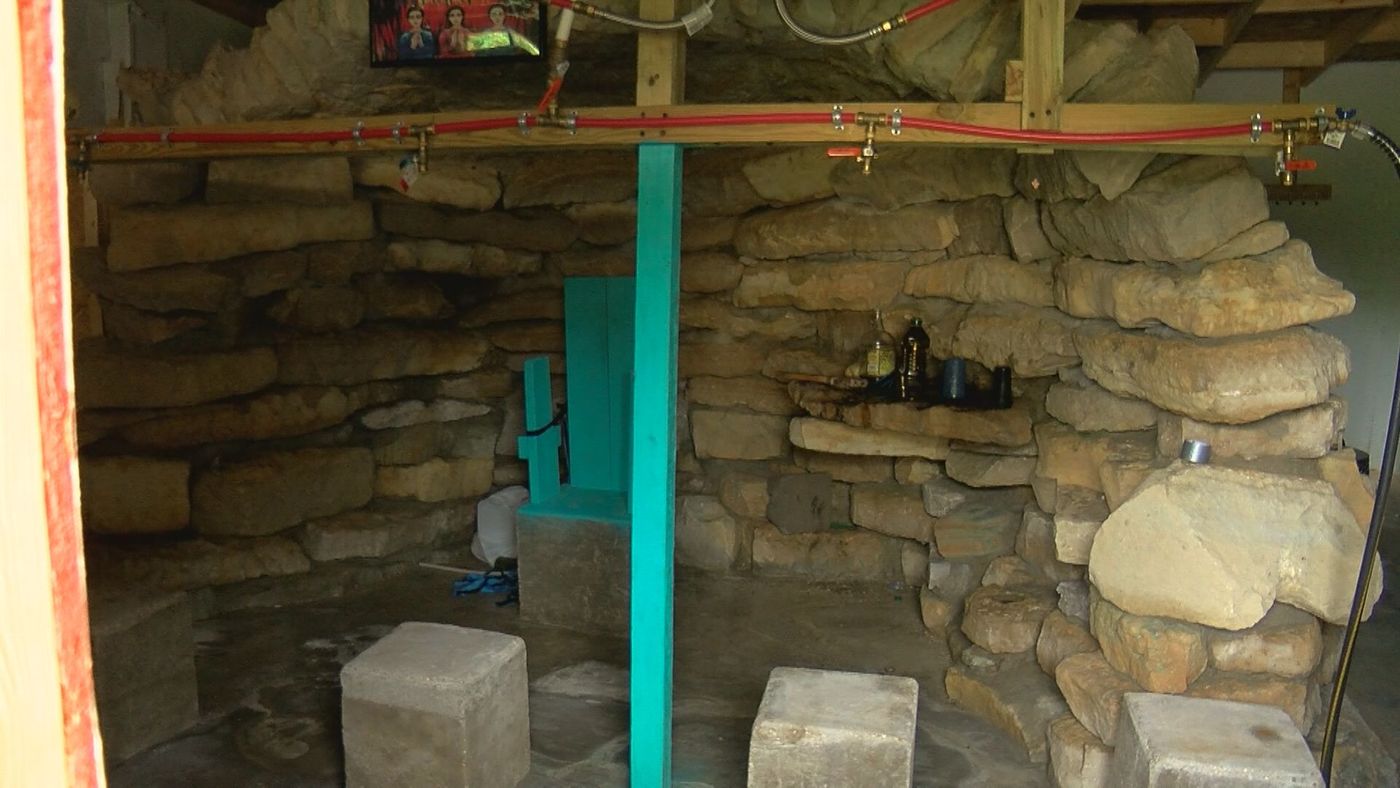 The only proof of the healing power of the holy water lies in the testimonies of those who have used it.

Yetmwork Adnew travelled to the church from Virginia.

“I used to have really bad migraines,” Adnew said. “I don’t have it anymore.”

All the way from Toronto, Fasil Gebrehiwot, who suffers from Parkinson’s, also gave his testimony.

“After two weeks I stopped the wheelchair to walk by myself,” Gebrehiwot said. 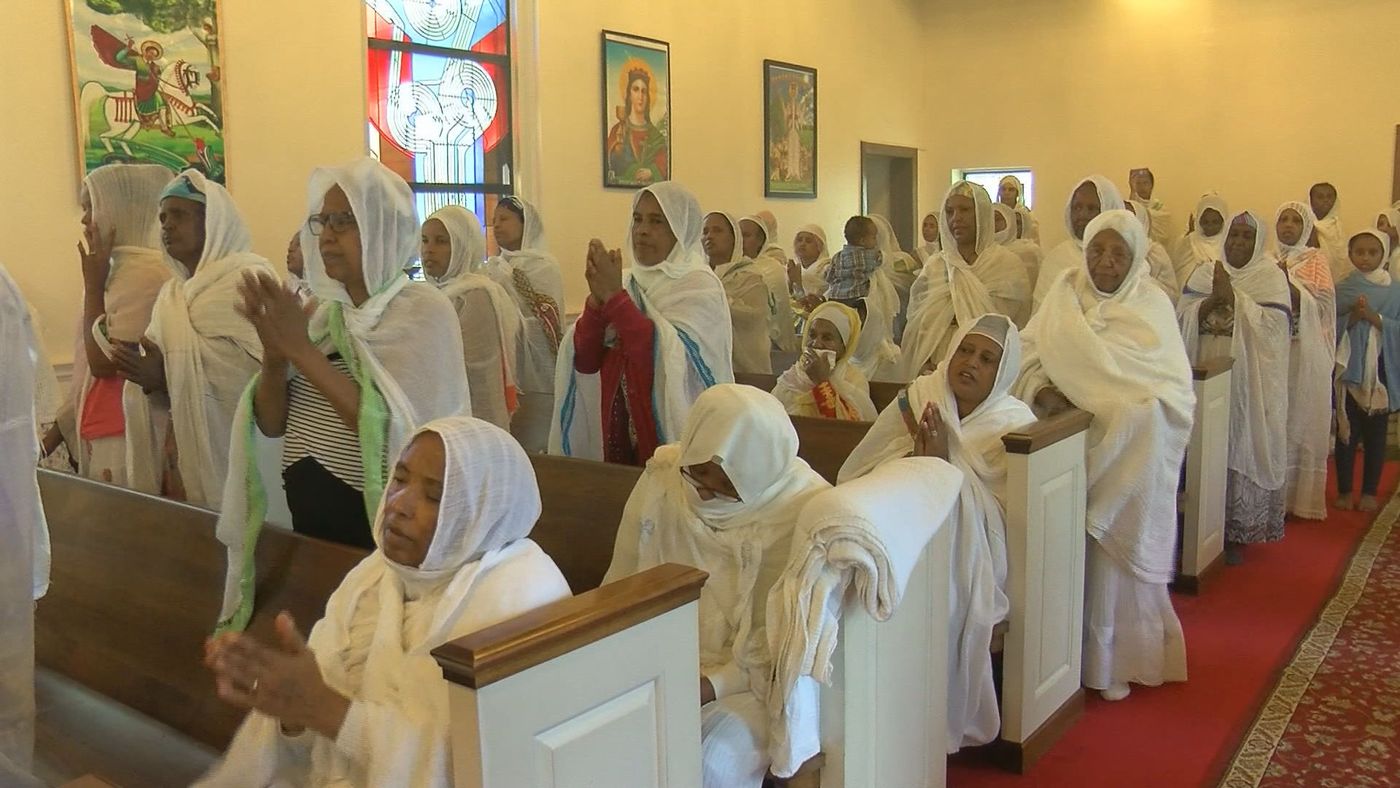 Worshippers at the church— 14 News

Some worshippers who travel to the church even stay on the premises in tents.

“Just like the life of the church apostles, the early church fathers,” Aaron Tesfasilassie, a worshipper said.

“They shared everything. They ate together, they pray together. They did everything together.”

For the worshippers, this is what the church is all about; the water is only a bonus.

According to age-old custom, water is one of the signs that the church often uses in blessing the faithful. It has been used by religious people – primitive and advanced – as a means of removing uncleanness, whether moral or ritual.

Holy water, in the Eastern Christian churches and the Roman Catholic Church, is special water that has been blessed and is used to bless churches, homes, and articles of devotion.

Holy water is largely found in Ethiopia and those who believe it say it is very powerful, curing diseases such as cancer, Parkinson’s, and even AIDS.

Atnafu Betseha, an Ethiopian Orthodox priest at the holy water site of St. Mary’s Church administers the water and prays for the healing of the more than 700 pilgrims that arrive there every day.

“It’s God intervention what makes holy water so powerful. It is the power of God and the Holy Spirit of God.

“Every day I see HIV patients here. After the holy water treatment, they have come up with a negative test. But it’s difficult to know how many have been cured because most people don’t want to disclose the results of the tests. Most people keep it a secret; they only tell the results to the Virgin Mary,” he told ICIJ in 2012.

Last month, the Ethiopian government warned people against the use of the holy water which was believed to have caused an acute diarrhoea outbreak in the northern Tigray region.

The illness killed 10 people within two weeks and hospitalized over a 1,000 people.

Authorities attributed the spread of the disease to unsafe drinking water and poor hygiene and identified contaminated holy water in some of the region’s monasteries as being behind the outbreak.

They believed that the water was being taken from rivers that are carrying the disease.