According to reports, life expectancy has been on the rise over the years because of reduced child mortality and better survival, which have made scientists predict that people would live beyond age 90 by 2030. 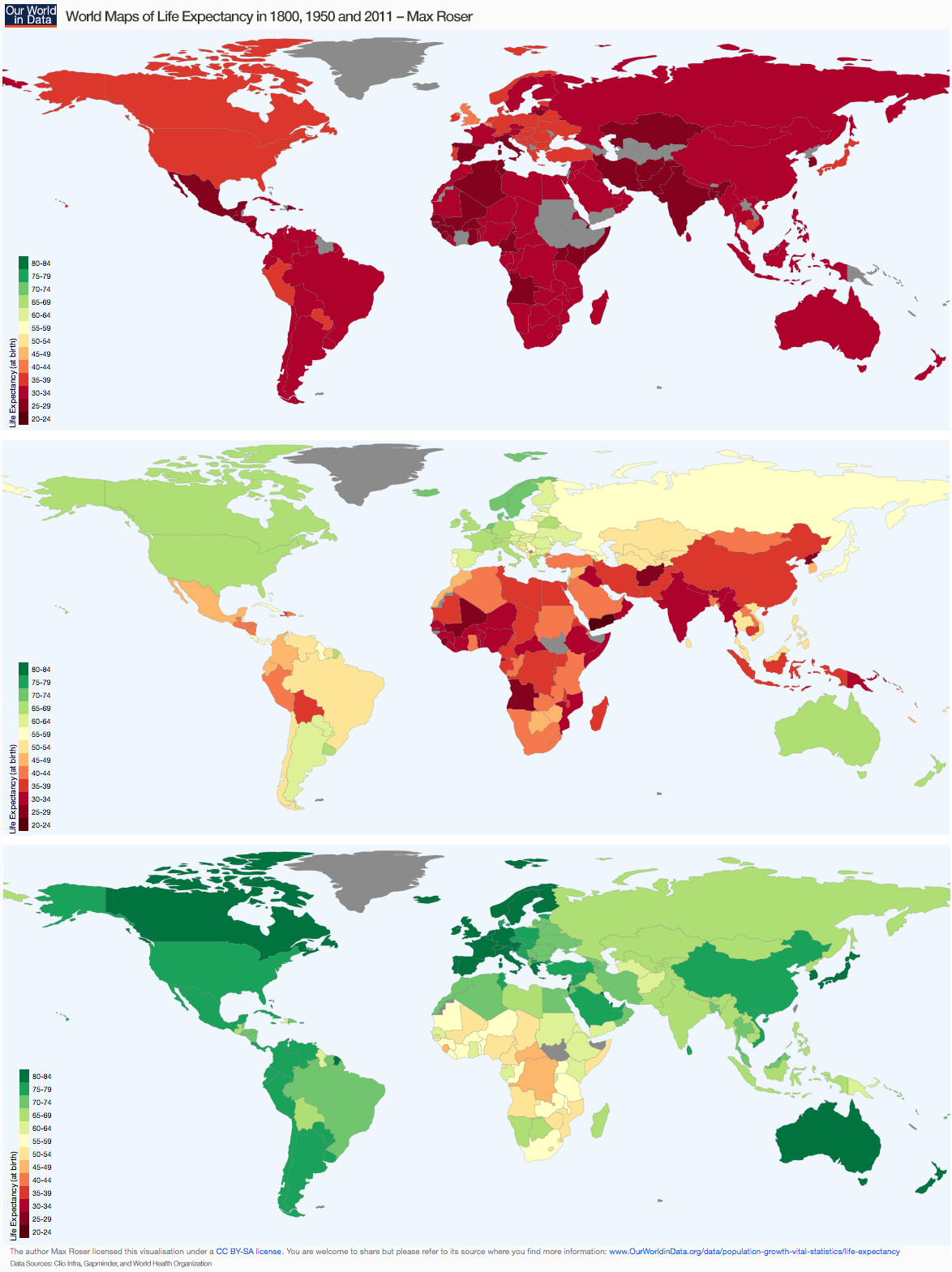 Most African and Caribbean countries on the list have a life expectancy of below 70 years, even though they are among the most improved.

Here are the top African and Caribbean countries with a high life expectancy of more than 70 years.

Life expectancy in Jamaica is: Male 73.6, female 78.5, and total life expectancy is 76.0, which places Jamaica at 55 in the world ranking and first of the African and Caribbean countries. According to the Jamaica Information Service, the maternal mortality rate stood at 80 per 100,000 live births and the infant mortality rate was 25 per 1000 live births. The government has so far created programs to reduce these rates.

Ranked at 62 and 63 respectively, Algeria and Tunisia have a life expectancy of 75.0.  This life expectancy can be attributed to better healthcare services including immunisation drives across the countries and adequate medical staff.

In Mauritius, the life expectancy is 74.4, making it the third African country on the list. Not only does the country have one of the lowest fertility rates but also the lowest infant mortality rates.

Ranked at 77 in the world, Morocco has a life expectancy of 74.3.  A high percentage of the population can access medical services. It has one of the lowest infant mortality rates.

In this Caribbean nation, the life expectancy is 73.7, placing it at 81 on the world ranking. The country has a birth rate of 2 children per woman, and a population on the increase.

In Cape Verde, the life expectancy is 73.3, which ranks it at 82 in the world. the archipelago is among the countries that offer free basic medical care for locals and foreigners.  However, the facilities are not adequately equipped and the government contracted doctors fro Cuba in 2018 to  help develop healthcare tourism

This island nation has a life expectancy of 73.2. As of 2016, it had a mortality rate of 12.3 deaths per 1,000 live births and a birth rate of 2.3 as at 2015. The country currently sends over 200 patients per year for specialised overseas treatment that is not available at home.

Ranked at 91 is Egypt with a life expectancy of 71.3.  It is one of the countries with a birth rate of 3.31 per woman as of 2015. Efforts by the government to improve healthcare saw the introduction of a health insurance bill in 2018, in a country with one of the highest prevalence of Hepatitis C.