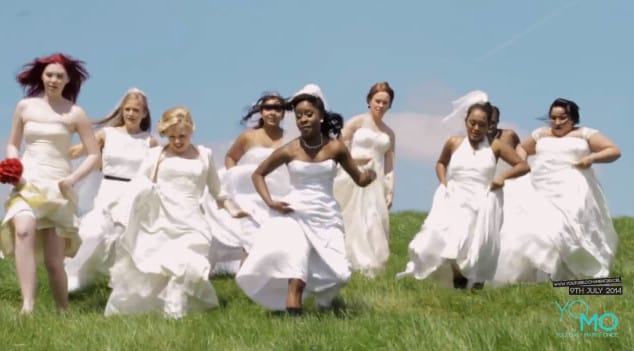 Being a 30-year-old unmarried African woman must be a nerve-racking situation, when parents and family start asking the why aren’t you married or at least dating questions.

Therefore, U.K.-based Ghanaian actress Yonah Odoom (pictured below left) and friend Moshana Khan (pictured), a British actress of Bangladeshi descent, put their respective single experiences and family pressures together in the new web series “You Only Marry Once” (YOMO). 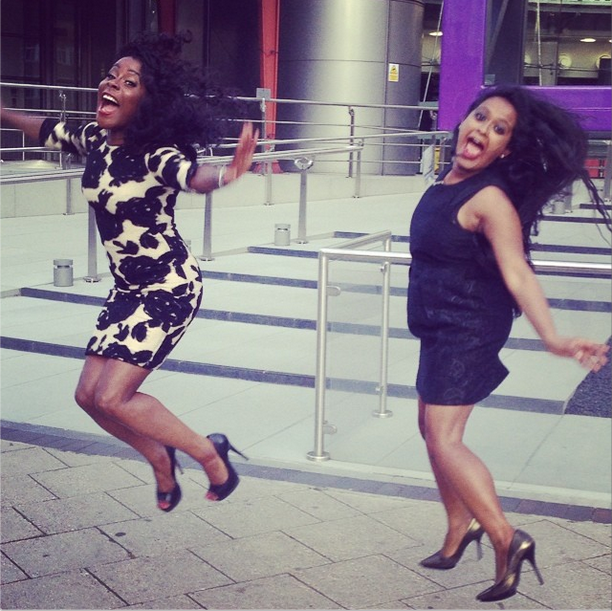 YOMO centers around two young women, Yonah & Moshana (Yo & Mo), trying to find husbands in London. Both are fast approaching 30, and the reality of being left on the shelf is becoming just that: a reality. Determined not to grow old as lonely spinsters, with just themselves and a cat for company, they decide to go on an all-out mission to find their future husbands.

For Yo & Mo, marriage is for life. Therefore they are determined to make sure it’s with the right guy, even if it means meeting all the wrong ones!

Speaking on the mounting pressure to get married, Odoom said, “My co-creator Moshana Khan 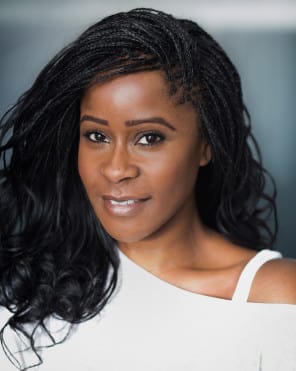 and I met nine years ago, when we joined a theatre group and we have pretty much been joined at the hip ever since. Over the years, we have shared many of our acting, dating and cultural experiences, which have often mirrored each other.

“As actors, we can be out of work up to 95 percent of the time, and unfortunately, when opportunities to work do arise, they are not always representative of our truths and our stories, especially coming from a colorful ethnic background.

“When [Moshana and I] approached 30, we also began to have both of our mothers on our backs on when we were going to get married, and [even though we are] from different backgrounds, our mothers were almost identical in their pleas.”

This pressure, though, became fertile ground for “YOMO,” “We decided to merge a bit of life and art to create something new — a fresh and fun story with two females being the main protagonists for a change.

“We also found that whilst we were (and still very much are!) looking for that Mr. Right, each time we told our dating dilemmas to our friends, they would find our scenarios relatable and quite frankly comical. From this, we decided to create some lemonade with those lemons that were constantly being served to us, and we created the concept of a comedy series based around our dating (or should I say, attempted) dating diaries.” 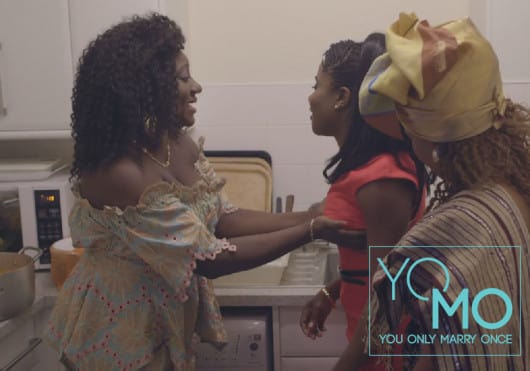 According to Yonah, YOMO is unique compared to other web productions. “A few things set us apart from the current shows out there: firstly, the show is loosely based on actual events within our own experiences of being in our 30s and looking for Mr. Right.

“Moshana is from a Bengali background, and we found through our experiences many of the things we were going through actually mirrored each other, as in when we both turned 30, something clicked, and all of a sudden the ticker for finding a husband was on!

“We also had both of our parents on our case asking when we were getting married, so the similarities within our cultures were very apparent and comical. We wanted to give viewers a chance to see and relate to this. We are also really excited at having two females of ethnic origin as the main protagonists in a romantic comedy, which is currently rarely seen on U.K. television.”

Yonah has been acting for 10 years, playing many roles including “Grace”’s fiesty mother, “Mrs. 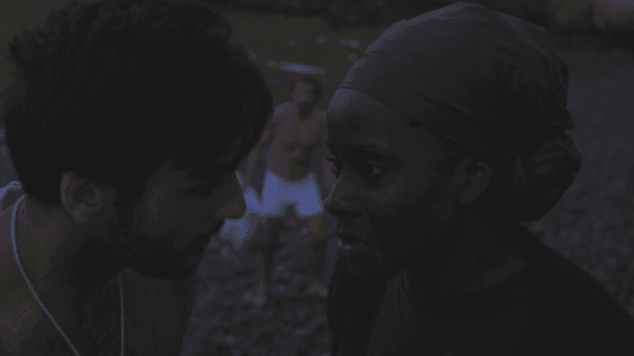 Piper,” in ITV’s “Coronation Street” (2013), the challenging role of an abused wife in “Breach,” a Nigerian trafficking victim in “It Felt Empty When the Heart Went At First…” (The Cockpit Theatre), a crack addict in “Cocaine Anonymous” (Worldwide PSA), as well as in several commercials, including the Sony Bravia World Cup ad and Channel 4’s B&Q Idents (2013), which ran across channel 4 and their subsidiary channels.

But her most rewarding role?

The role had a deep and profound effect on Odoom, because she felt a great responsibility portraying Parks’ humble yet indomitable spirit and wanted to do justice to someone who made it possible for many to be able to have a voice in America.

Odoom was also a part of the cast of Indie movie “Faux Depart” (pictured), where she played the role of illegal immigrant “Nana,” which won the award for Best One Shot Movie and was also selected to screen at the BAFTA-recognized London Short Film Festival 2013.

Of all the roles she’s played, the most-challenging one was “playing the role of an abused wife, for a charity video. I had to research cases of domestic violence and was presented with real case studies to get in to the psych of my character. There was a great responsibility of ensuring I was as truthful within my work as you are not only playing the part of someone’s actual experience, but you could also potentially be helping a victim of domestic violence so there is no hiding behind anything. You have to commit to the scene and go to the places it requires you to go to.

“I had an amazing director who would go over what my characters thoughts were and we would discuss how I saw it.  His approach was very organic which allowed me to feel very comfortable committing to the scene, so when I was getting physically attacked I really felt every blow.  It was a physically and emotionally draining time, but one of the opportunities that I am, to this day, most grateful for.”

Yonah Odoom was born on May 22, 1982, in London to Ghanaian parents and has a BA Hons Degree in Media and Marketing.

Watch the first episode of “You Only Marry Once” here: