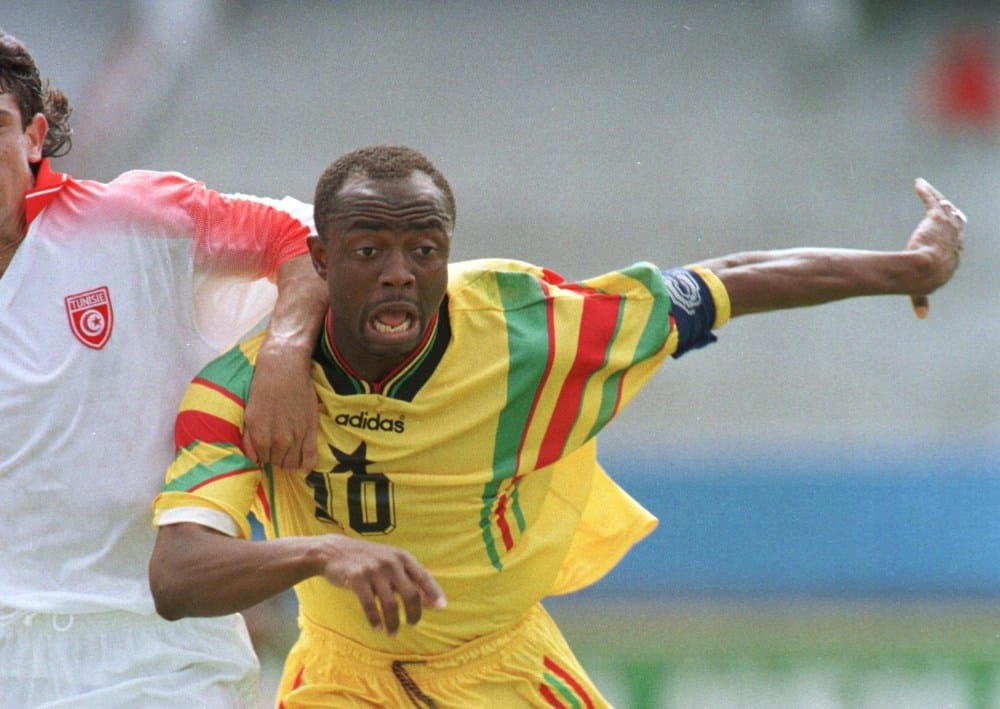 6. Abedi Ayew, referred to as “Abedi Pele” worldwide, is a retired Ghanaian footballer who has often been regarded as one of the greatest African footballers of all time. He was one of the pioneers of African football and served Ghana’s national team as captain for a period of six years. He won the France Football Magazine African Player of the Year Award three times and was the first to win BBC’s African Sports Star of the Year in 1992. Ayew is a three-time winner of the African Footballer of the Year Award and holds the record for the most appearances at the Nation Cup Finals. Ghana made him the first athlete to receive the Order of the Volta, one of the nation’s highest honours.