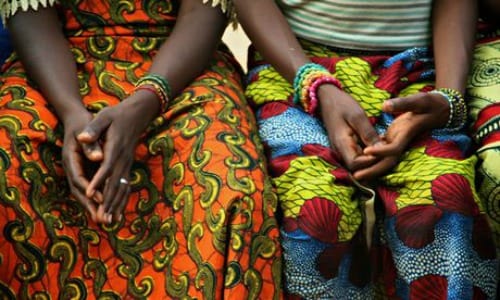 A young Senegalese girl who was sexually assaulted last year but denied access to an abortion recently gave birth to twin boys. The girl, now 11, was 10 when she was impregnated after the assault. The country has a strict policy banning abortion, which some women’s rights advocates say are among the harshest in the world.

Abortion is a punishable crime in Senegal, with dozens of women in prison for the charge of infanticide. In the case of the young girl, she didn’t even realize she was pregnant until her mother noticed changes in her body.

People in the community reportedly rallied around the girl and her mother, which led to the arrest of the attacker. The young girl gave birth to the babies on February 21 during the seventh month of her pregnancy. She says she remembers “nothing” about the birth, “Nothing. I woke up and I realized I was not pregnant any more, and I saw the twins.”

Still, reports say the twin boys are doing well despite the girl’s inability to nurse them properly, “The twins are fine, but they want a lot of breastfeeding, and I do not have enough milk. My mother buys milk at the pharmacy. We are able to buy it, thanks to donations from generous people and a pharmacist who is being very kind,” she said.

A neighbor was responsible for the assault and is now in police custody. According to a report from the Guardian, the girl has expressed anger at her attacker and is upset she cannot attend school as a result of the assault.

“I want him to be killed because he has stopped me from going to school,” she said in an interview with a Senegalese women’s lawyers association.

The girl’s mother, who sells vegetables in a market, is raising her child alone as she is divorced from her husband. The girl’s father refused to come to the family’s aid, and instead blames his ex-wife for what happened to his child and has reportedly cut off all contact with the family.

“Her father, from whom I am divorced, blames me. He says I have not brought her up properly, that’s why it happened. When I told him on the phone that the twins had been born he said, ‘I hear what you say.’ Since then he has neither phoned nor come to see us.”

Meanwhile, the neighbor is currently awaiting trial for his crime.