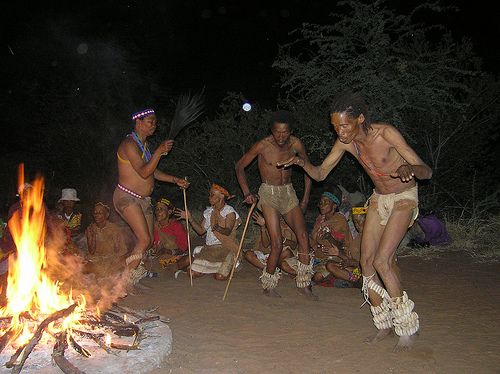 The trance dance is performed by the San people who were originally in Botswana, Namibia, Zimbabwe, Lesotho and Mozambique but have now been largely displaced.

The dance is known as a “little death” and is done to channel the dancer into a trance where “shamans battle with malevolent spirits of the dead, who, [they often believe], come to the dance and try to shoot small, invisible, ‘arrows-of-sickness’ into people.”

Essentially, while in trance, the healer or shaman is able to consult with the spirits of the ancestors and understand who causes disease and pain, and would subsequently take out the illness of people present.

“They do this by touching those who have sickness, sometimes generally on their torso, but also on body parts that are affected by the illness. This can take the form of the healer drawing the illness out of the person and then yelling to eject it into the air,” according to accounts by thoughtco.com.