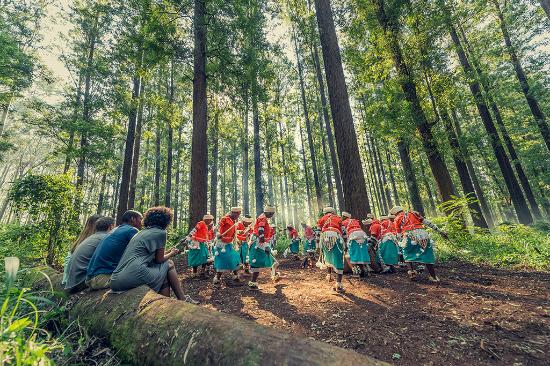 The rain dance is performed within different cultures and tribes in the world.

In Ethiopia, there is a ritual dance done when summoning water during the time of a drought or small rainfall.  Rainmakers dance and pray in hopes of producing rain for crops.

In South Africa, legend has it that the Rain Queens came about because of a Chief in the 16th-century Monomotapa. The chief was told that if he impregnated his daughter Dzugundini, she would gain rain-making skills and have control of the clouds. Another version of the story reads that Dzugundini became pregnant by her brother and fled to Sotho – another region of South Africa.