There are several historical sites and landmarks from the south to the north of the country worth visiting. The Cape Coast and Elmina slave castles in the Central Region of Ghana are places you should visit if you want some education on the slave trade. The Cape Coast castle was toured by former United States President Barack Obama during his first visit as president to sub-Saharan Africa in 2009. He toured the dungeons where enslaved Africans were kept before being shipped to Europe and America.

In the same region is the Kakum National Park which is a rainforest covering an area of 375 square kilometres. The highlight of the park is the Canopy Walkway which is one of only three in Africa. It is 350 metres long connected to seven treetops above the forest.

In Accra, a walk down the John Evans Atta Mills High Street, you will spot colonial edifices including the James Town Lighthouse, Ussher Fort, James Fort and the James Town community which has centuries-old buildings occupied by the coastal dwellers. Down the road is the Kwame Nkrumah Memorial Park which has a mausoleum and statue of the first president of the country, the Supreme Court, the Centre for National Culture, Accra Arts Centre and other public buildings.

About a kilometre away is the Independence Arch, Black Star Square, Black Star Monument, Statue of the Unknown Soldier, and the Osu Castle which was the seat of government until 2008. The National Museum is not too far from these landmarks.

The Western Region is home to the Nzulezo village which is 90 kilometers west of Takoradi. The village is entirely built on the Lake Tadane with stilts and platforms. It can be reached only by a canoe.

In northern Ghana, you can visit the Larabanga Mosque which is the oldest in the country and one of the oldest in West Africa believed to have been founded in 1421. It is located in the Larabanga village and built in the Sudanese architectural style using mud and reeds. 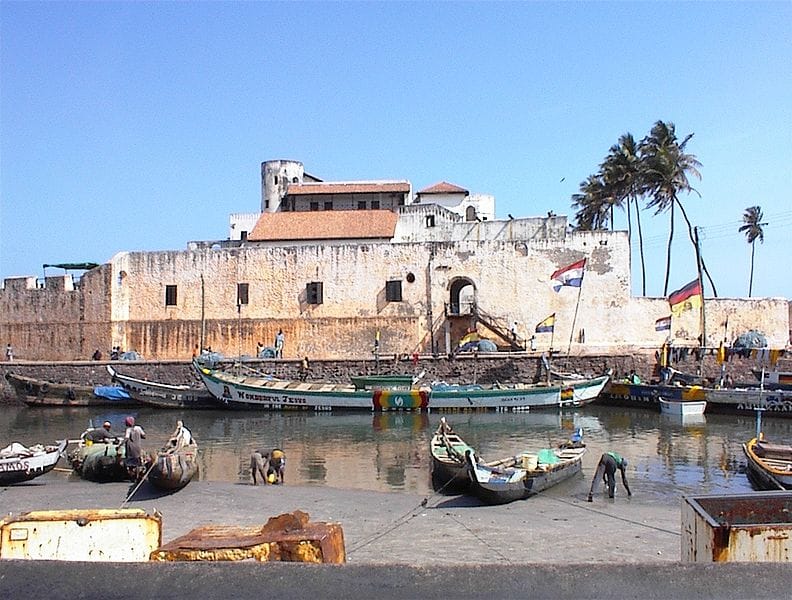