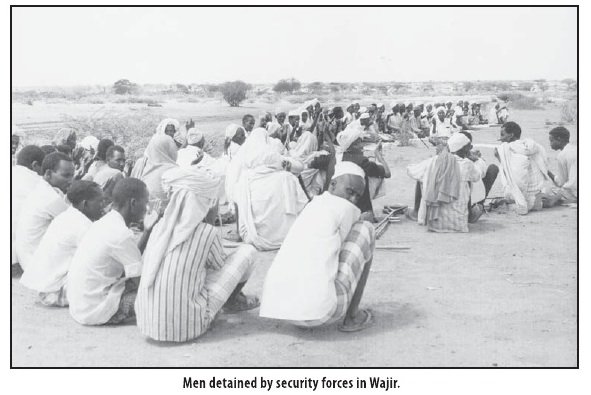 On February 10, 1984, an estimated 5,000 Somalis were killed on the Wagalla Airstrip by Kenyan troops in Wajir County, Kenya.

The troops were enlisted to squash conflicts between clan members.  Instead, the Somalis were transported to the airstrip, stopped from gaining access to food and water for five days before eventually being executed.

In 2010, Bethuel Kiplagat reneged his chairman post on the Truth, Justice, and Reconciliation Commission due to implications of his direct involvement with the massacre.

Despite a probe into the happenings of the killings by former Prime Minister Raila Odinga, in 2012, Kiplagat was recalled as the Chairman of TJRC.