Many years after his death, Venerable Pierre Toussaint has been remembered as a black philanthropist who spent the best part of his life giving back to the society and working closely with the Catholic church.

The United States of America has no black saint, and the Xavier University of Louisiana announced that they are working hard to change that. The announcement was made earlier this month, and Pierre Toussaint is one of the five black people nominated for sainthood.

Pierre Toussaint lived at a time when racism was extreme in societies and the church. He was always looked down on due to his slave background and insulted for his race, but this did not stop him from doing all the great things he did.

While serving Jean Bérard, Pierre was made to learn a trade and became an apprentice to one of the leading hairdressers in New York at the time. He became a very popular and successful hairdresser a few years after learning the skill. He served Jean and madam Bérard despite being well to do.

In 1811, at the age of 45, Pierre gained his freedom and saved enough money to buy his sister’s freedom. He also bought the freedom of a slave girl 20 years younger than him who he married. His sister died of Tuberculosis leaving behind a daughter in his care. Pierre lived with his young wife, Jullite Noel and made more than enough money working as a hairdresser. He had many clients who were wealthy socialites and daughters and sons of rich merchants.

With all the money he made, Pierre was acutely aware of how blessed he was because many of his black brothers and sisters lived in poverty. Together with his wife, he started a philanthropical career by giving to the needy as and when he could. His wife would make all sorts of meals which the couple would then send to many needy black families in New York City. Pierre ensured that the families also got some money and baked foods that could last a few days.

One of Pierre’s most significant achievements was the establishment of New York City’s first school for black children. The school was established to teach the black youth how to read, write and calculate. History lessons were also an important aspect of the school and students were taught the importance of being well behaved and working hard.

His act of kindness extended to orphanages across New York and he was noted to be a very religious man who never missed morning mass. He also worked closely with many priests of the Catholic church to ensure that needy members received food and toiletries to get by. He helped raise funds to keep the Catholic orphanages running and donated vast sums of money to the children of the orphan asylum in New York. 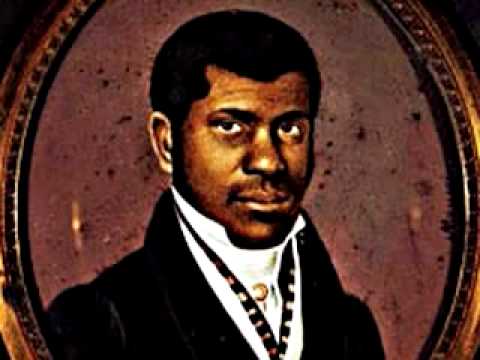 Pierre Toussaint was born on June 27, 1766, to slave parents Ursule and Zenob Julien in modern-day Haiti on the Artibonite plantation belonging to the Berard family. His birth to slave parents automatically made him a slave. At the time of his birth, the colony was under the French and was called the  French colony of Saint Domingue.

For unknown reasons, the Bérard family took a keen interest in Pierre and brought him into their home where he was trained as a house slave instead of working on the plantations. During his training as a house slave, the family made sure that he received education and was taught by the family teacher. His mother was taken to France when part of the family moved to France when he was still very young, and nothing is mentioned about what exactly happened to his father.

However, in 1787, Pierre and his sister Rosalie were one of the lucky slaves taken to New York City when Jean Bérard and his wife decided to relocate. This was at a time when many slaves in Haiti were demanding for their freedom.

Pierre was very instrumental in bringing the black community in New York together. At the time, slaves were brought from the Caribbean and other parts of the world and the African-American community was beginning to be a mixed one. He helped build the Old Saint Patrick’s Cathedral in Manhattan. He also donated huge sums of money to many religious communities. 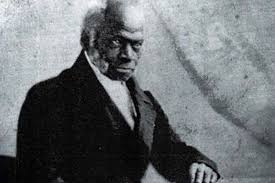 He is also remembered for being very instrumental during the yellow fever outbreak and provided money to the hospitals to help cure the people. He also helped care for the sick at the time when many of the health servicemen and politicians left out of fear of dying.

Pierre died on June 30, 1853, at the age of 87 and was buried close to his wife at the St. Patrick’s old cathedral cemetery. For his outstanding service to his people and society, Pierre was declared Venerable by Pope John Paul II on December 17, 1997.