The Black Panther movie was a hit around the world and has sparked beautiful conversations about the strength of Black women, celebrating African cultures, the relationship between Africans and African Americans and so much more.

One beautiful take-away from the Black Panther movie was the lessons it portrayed about Black love in the contest of romantic relationship. While the movie did not follow the familiar romance storyline that many action movies do (superheroes beats the bad buy and saves the girl), we did get a glimpse into the love story of two couples.

Here are the 7 Lessons we learned from the two couples.

Lessons from T’Challa and Nakia

With T’Challa being the protagonist, we saw a little more about his and Nakia’s love story. From our understanding, the two are broken up for the duration of the movie (Nakia is referred to as his ex, several times), but as we see throughout the movie, the love between them is very much still there.

Lesson 1: Get a man/woman who is in awe of you

Scene: T’Challa freezes when he sees Nakia for the first time.

From the first time they are on screen together, the love between them is apparent. T’Challa is in awe of Nakia and everyone knows it – Shuri and Okoye both knew how he would react to being reunited with this former partner. When someone loves you, they don’t try to hide it from those around them.

With lines like this, these two should certainly just be together.
There is this idea that Black women are “difficult,” but Black Panther reminds us that Black women are just strong and very independent. Rather than trying to stifle that, the men of Wakanda lean on their women as equal partners in protecting and uplifting the country. Nakia would make a great queen IF that’s the path she chooses for herself, which brings us to our next lesson:

Lesson 3: Don’t force your partner to be something they are not

Scene: When T’Challa tells Shuri his plans for the Wakanda Outreach Center

While this is a scene where Nakia is just mentioned, it highlights how T’challa respects Nakia’s independence and rather than try to force her into what he wants from a woman, he allows her freedom to be herself. He incorporates her into his kingdom in a way that he knows will inspire her, utilize her skills and improve the country and the world. Rather than trying to box her into what he wants, he creates a space for her in his life that she will feel fulfilled in. 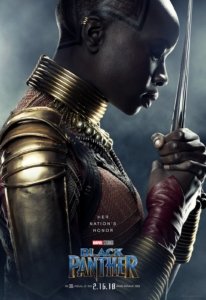 Lessons from W’Kabi and Okoye

While everyone was excited about T’Challa and Nakia’s love story, the one I was really gushing over was W’Kabi and Okoye. We didn’t get to learn as much about them, but every scene they interacted as a couple in, was moving.

Okoye is super badass from beginning to end. The first few scenes, she looks super serious. Then the first scene where she and W’Kabi first interact, she greets him with a sweetness that almost takes us by surprise. We are so used to seeing one-dimensional Black women in movies – they are either strong or sweet, you hardly expect to see the two in one woman and Okoye pulls that off perfectly in her relationship with W’Kabi.

Scene: Okoye going on the South Korea mission and W’Kabi not

This was the scene in the throne room where T’Challa decides who is going with him on the mission to “retrieve” Klaue. While this scene wasn’t between Okoye and W’Kabi, it was beautiful the way they both played their separate but equally important roles for the betterment of Wakanda: Okoye as the head of T’Challa’s guards, and W’Kabi, T’Challa’s best friend and leader of the tribe at the frontlines of Wakanda’s defence. If that is not a power couple, I don’t know what is.

Their roles are symbiotic and equally important – one protecting the border and the other protecting the king and both have a common cause. Even the poster highlights that (his nation’s security, her nation’s honor) – together they bring honor and security to Wakanda. How beautiful is that? That is until they don’t quite see eye to eye on how to accomplish that. Which brings us to our next lesson:

Scene: “Would you kill me my love?” “For Wakanda? Without question.”

This is the scene that is giving everyone ALL the feels. We just NEVER see men (let alone Black men) dropping their ego, their plans, their whatever, for the woman they love. It’s always women that are expected to do that and that are portrayed as doing so. Many have spoken to what this means about Black love from the women’s view (we don’t HAVE to always choose love over principle), but it’s also a huge lesson for men. TRUST YOUR WOMAN. Trust that she knows what’s best, trust that her heart is in the right place, trust that she is thinking rationally, and most of all, trust her leadership.

This is perhaps the BIGGEST lesson in the film and it’s a theme throughout. The Black community can’t move forward until people put aside their ego and trust that men and women are truly equal partners. It’s obvious that the civil war is not what’s best for Wakanda, and W’Kabi trusts Okoye’s stance on that, and as he drops to his knees, all his men follow suit. 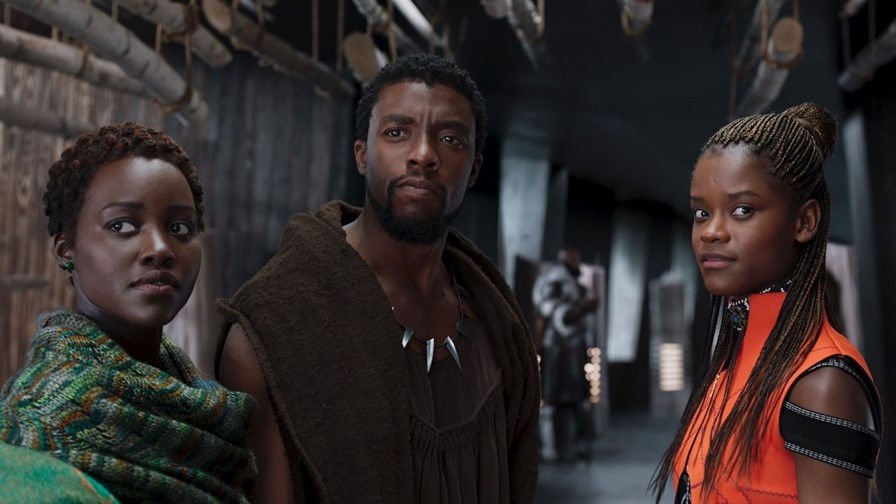 Lesson 7: No two relationships are the same

Finally, looking at these two couples and the ways they express their love for each other and what we have gathered from their love story, one final lesson for Black Love is that: There is no prescribed formula. There is no exact way that we are supposed to carry out Black Love. Each couple’s story will be different. The individual people involved will be different. We should stop trying to fit into a prescribed mode of what we think love should look like and instead give our significant other – and our community – all the love and strength and tenderness each one deserves.

What other lessons about romantic love in the Black community did you pick up in Black Panther? Do you agree with the lessons above?