Jollof rice has over the years been the most debated dish in West Africa.

If you are yet to taste it, Liberians are saying that you are not late to the party as they are willing to serve you their favourite jollof.

Once again, another West African country is laying claim as being the best country that makes jollof rice after coming out tops at the Jollof Festival in Atlanta, Georgia this week. 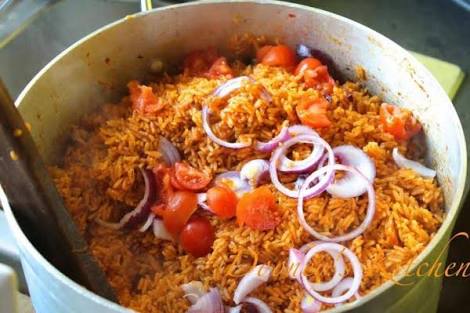 This has brought to the fore the endless debate as to which country makes that favourite delicacy in terms of variety of recipes. The meal is very popular in countries such as Ghana, Senegal, Nigeria, Sierra Leone, Cameroon and Liberia.

But the fiercest battle over who has that popular cuisine has mainly been between Ghana and Nigeria, with the fights extending to influential people and politicians like the Nigerian vice president who was dragged into the controversy last year.

These unnecessary fights have not only been about jollof rice though. Here are other ridiculous things Africans are still competing over: