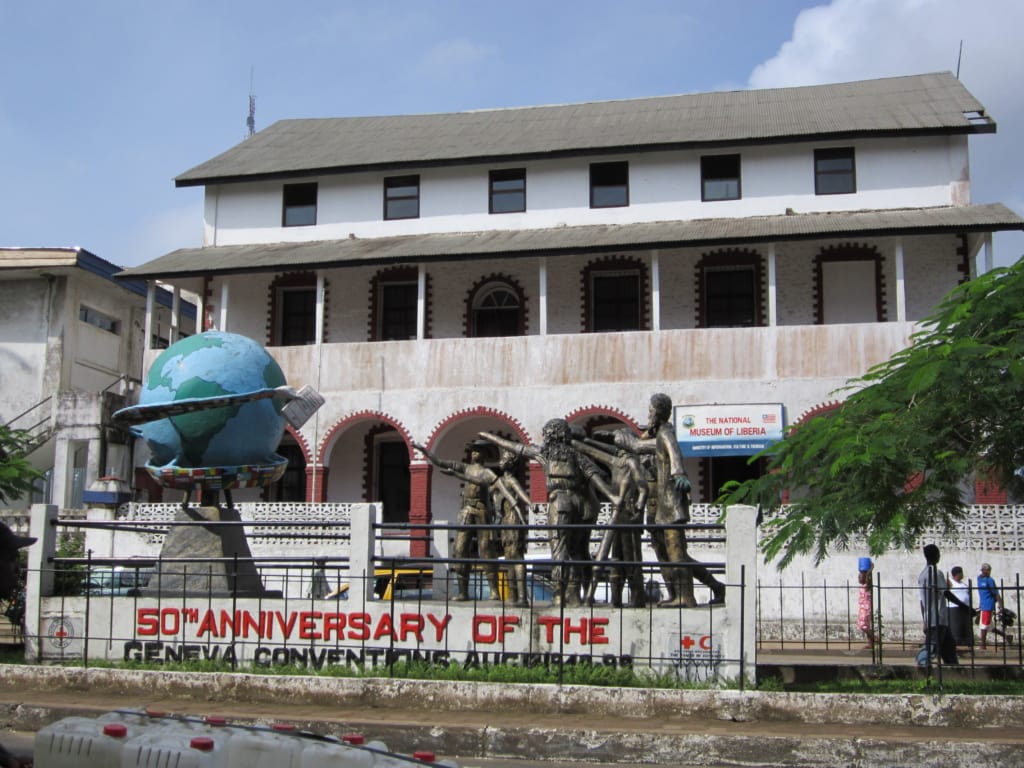 Historical Sites
After you get refreshed, catch a glimpse of the historic Ducor Palace Hotel which is one of Africa’s first five-star hotels.

Built on the Ducor Hill in 1959, the once luxurious eight-storey world-class hotel was the capital’s highest point and the country’s main tourist attraction.

It has 106 luxurious rooms and hosted dozens of African leaders and international conferences until it closed down when the civil war began in 1989. It was later inhabited by displaced residents of Monrovia’s slums and never regained its status despite attempts to renovate it in 2010.

Not too far away is the iconic five-star Hotel Africa which was built in 1979 to host the guests of that year’s Organisation of African Unity (OAU) summit held in Monrovia for the first time. It became the largest hotel in the country and had an iconic Africa map shaped pool.

The non-functional Cape Palmas Lighthouse in Harper will give you a bird’s eye view of the coastal town.

The Liberia National Museum in Monrovia will usher you into the historical perspective of the beautiful country through its art and historical exhibitions.

The Firestone Rubber Plantation near Monrovia is the largest in the world and a place worth a visit. Don’t miss the Firestone 9-hole golf course and restaurant where you can play a round of golf, have lunch and relax before going back to the city.