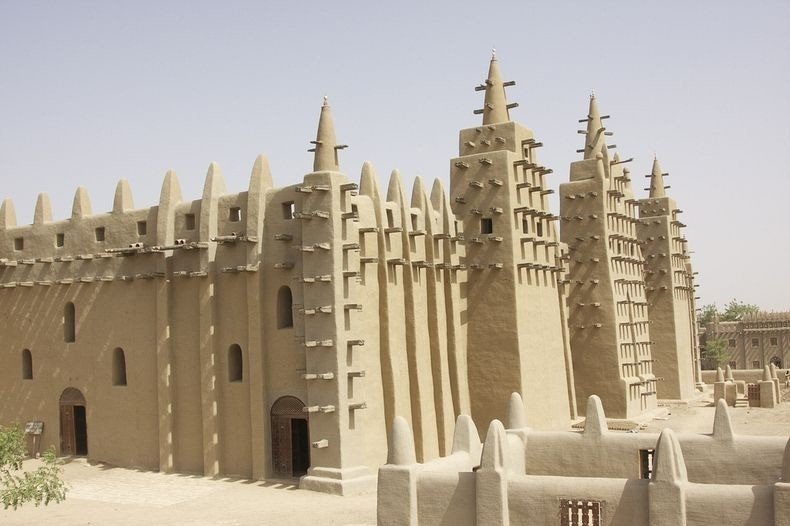 These architectural styles were very common to the African people of the Sahel and Sudanian grassland regions of West Africa, south of the Sahara, but north of the fertile forest of the coast. 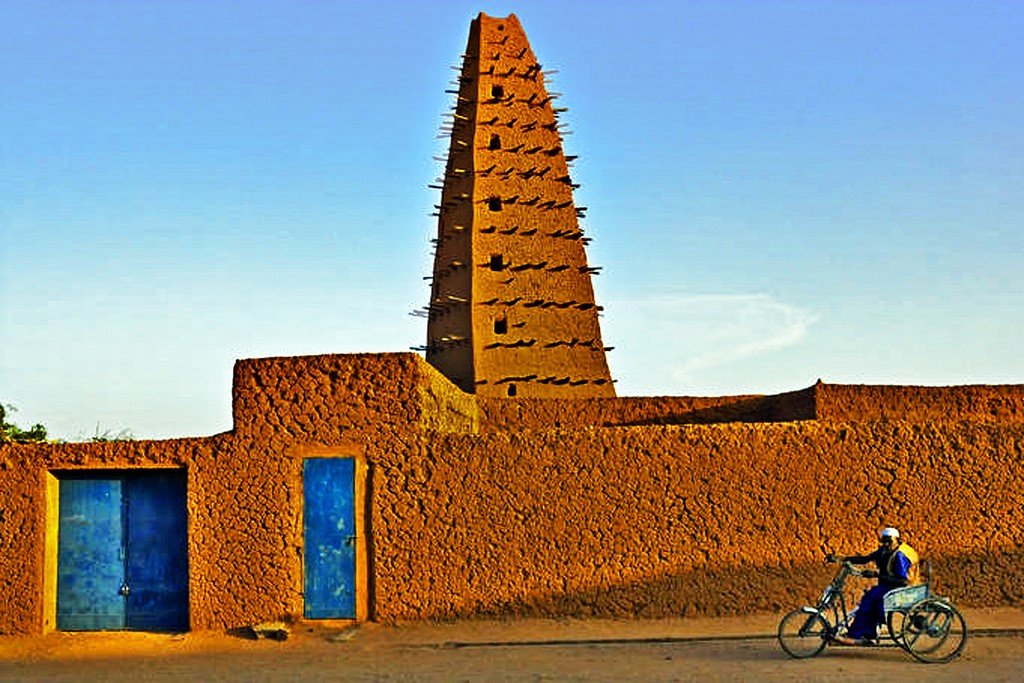 This style is known or characterized by the use of mudbricks and adobe plaster, with large wooden-log support beams that jut out from the wall face for large buildings such as mosques or palaces. 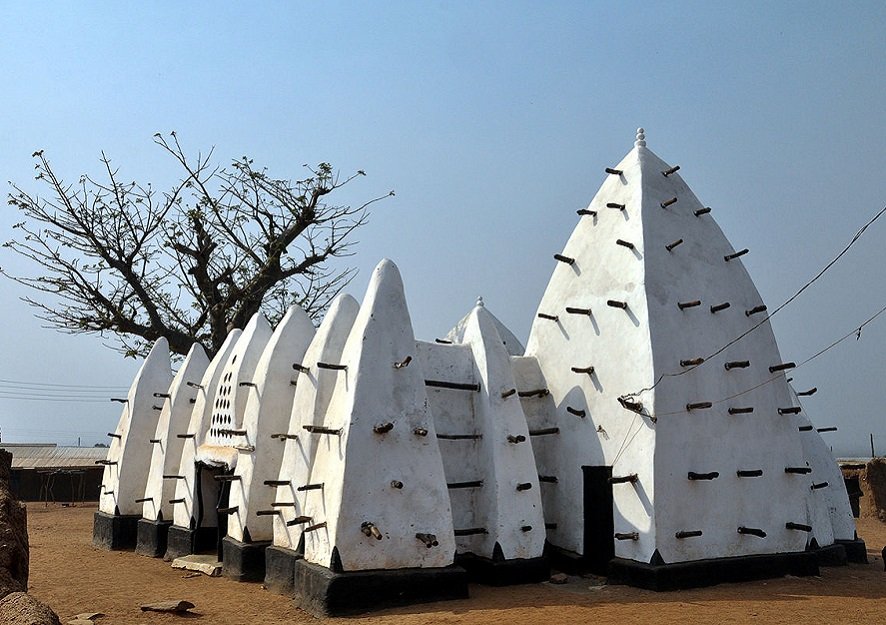 These beams also act as scaffolding for reworking, which is done at regular intervals and involves the local community.