The African-American flag was designed and created by African American artist David Hammons in 1990 at a time when there was no racial harmony. In that same year, the first black mayor of New York and America at large, David Dinkins, was sworn into office.

The flag is noted as the most significant piece done by the artist to mark his undying commitment to Civil Rights and the Black Power Movement. 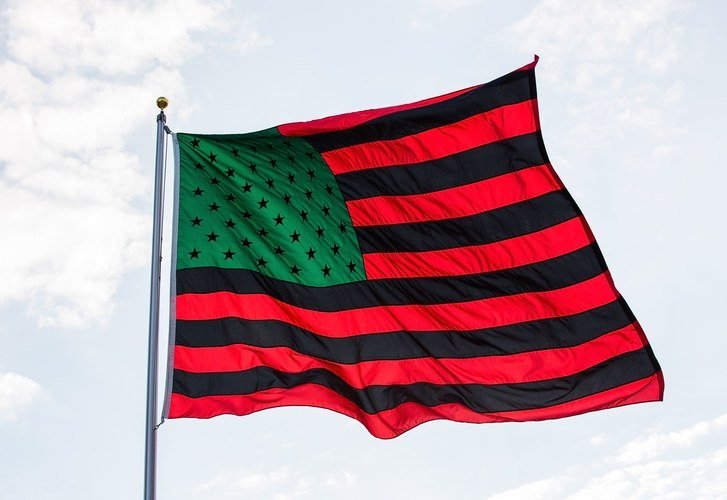 The artist was inspired by the already existing US flag and the Pan-African flag adopted by the Marcus Garvey Universal Negro Improvement Association and African Communities League (ACL) in 1920. The Pan-African flag was created in response to a song that had the line Every Race Has A Flag but the Coon.

David successfully fused the two flags to stir up a conversation about the weak history behind the American flag as well as the mixed messages it sends about their history. The designing of the flag was also triggered by the Watts riots which took place in the Watts neighbourhood of Los Angeles from August 11 to 16, 1965.

The flag, while seeking unspoken answers to the questionable mistreatment of African-Americans in America, also sends a message about the misunderstanding and double standards as well as duplicity that exist in being black in America. The flag provides a sense of pride and affirms the presence of the African-American in America and that being black and American are the same thing.

The colors of the flag; red, black green; all hold significant meanings. The colours represent blood, skin tone and the wealth that the ancestors of the African-Americans forced into slavery were made to leave behind. Over time, the flag has become an identity to Harlem connecting it to contemporary Arts and the diaspora. The flag is recognized as a strong political statement for the black community.

A version of the flag flies outside the front of the Studio Museum in Harlem and is often made to fly on the Fourth of July in many black communities and schools serving as an education for the younger generation. The flags also form part of the permanent collection of the Museum of Modern Arts. Through this flag, David raised racial awareness and the stereotypic problems the United States. 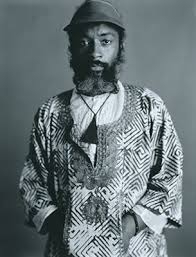 David Hammons is the youngest of ten kids born in Springfield, Illinois on July 24, 1943, to a single mother after his father died. At 19, he made a big move to Los Angeles to attend Chouinard Art Institute which has now become CalArts. He was part of the pioneering group of the African-Amercian artists and Jazz musicians in Los Angeles.

His move to New York in 1972 is what made him gain popularity and till date, at the age of 75, lives in New  York City.

David works as an artist and combines aesthetics with political statements standing for the Black society in America. His works have been described as simple yet powerful with a forward message to everyone that sees it.