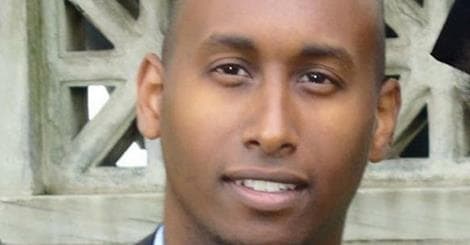 NEW YORK  — The family of a young Black attorney who was found dead by the roadside in Redding, Connecticut, is continuing its quest for justice. Relatives of Gugsa Abraham “Abe” Dabela, a Redding resident who died last year under suspicious circumstances, have launched a new website and issued a public appeal for help in solving the case.

Dabela died after his car rolled over on to its roof after 1 a.m. on April 5, 2014. He was found shot across the back of the head, just minutes after he was, from reports, cheerfully mingling with friends and passing out business cards for his new law practice.

Replete with documentation, the website details just a few of the reasons the family is challenging the Redding Police Department’s investigation and the Office of the Medical Examiner finding of suicide in October of 2014. Among the questions addressed on the website are:

The family has been steadfast in its pursuit of answers about Dabela’s death, working in conjunction with the authorities and also hiring its own experts. Last week they joined forces with the Connecticut (CT) NAACP and the Norwalk NAACP branch for a press conference in Redding, at which the civil rights organization announced the launch of its own investigation of the case.

“Sixteen months of an anguished search for answers have only led to more questions,” said G. Dabela, Abe’s sister. “Now the public can share in the mystery and, hopefully, shed light on this tragedy.”

To find out more about the case or spread the word, visit www.justice4abe.com or follow #Justice4Abe on social networks Facebook and Twitter. Members of the public who have a tip about the case can reach out anonymously via the website, send an e-mail to info@justice4abe.com, or contact the CT NAACP at 860-523-9962.