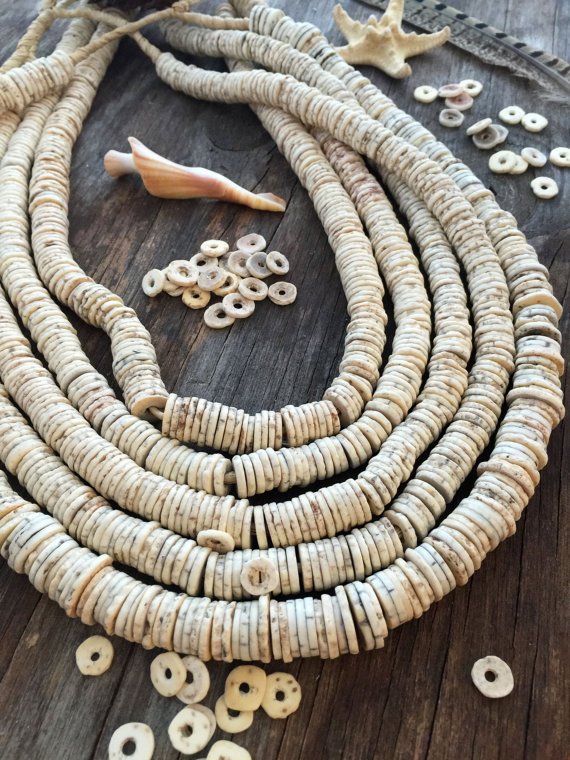 Ostrich Eggshell beads of Southern Africa (the pearls of Kalahari)

These beads are known to have been first discovered at the Loiyangalani River and Valley in Serengeti National park in Tanzania. Traces of these beads found are said to have existed in the African Middle Stone Age period between 28,000 and 45,000 years ago.

Archaeologist Chris Henshilwood uncovered that the first known beads used for adornment and decoration were made from ostrich eggshell.

In Ethiopia, women with children wear double strands of anklet made from ostrich eggshell and grandmothers wear a single strand. These beads are still being made till date by women of the San Bushmen tribe of the Kalahari Desert of Southern Africa.