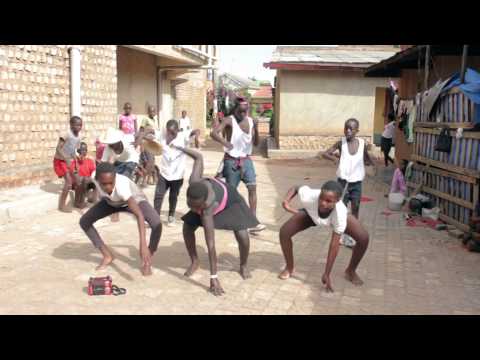 Clearly attempting to capitalize off of the success of their popular Ugandan countrymen the Ghetto Kids, the African Ghetto Kids have released their own dancing video.

Last year’s Ghetto Kids burst on to the scene out of the capital city of Kampala with the uber-popular Eddy Kenzo who enjoyed much success with “Sitya Loss.”

Soon after, the four boys and one girl performed an even more successful remake that went viral:

Now the “African Ghetto Kids,” who are proudly repping the Acholi tribe in the northern town of Gulu, are hitting the scene — already claiming that they are the best dancers of 2015 — with three boys and three girls of their own, showcasing their energetic moves and choreography.

Check it out here!

RELATED: ‘GHETTO KIDS’ OF UGANDA AT IT AGAIN WITH ‘JAMBOLE’!