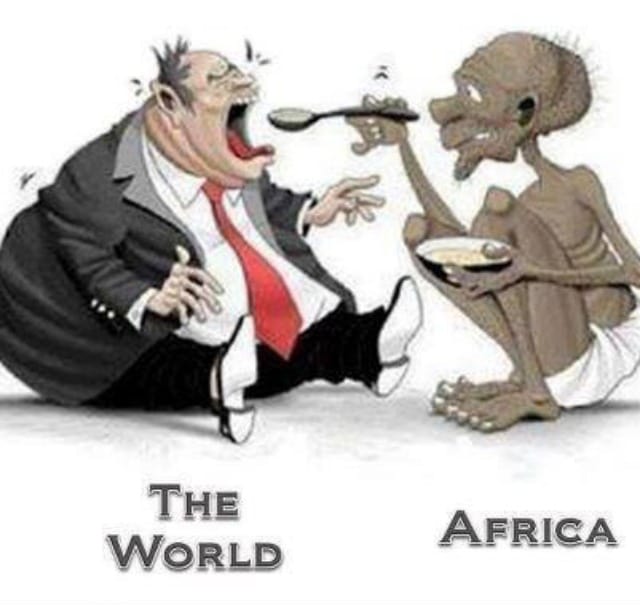 As Africans the world over, we need to understand our present situation and what we need to do. The general approach of just being angry at institutions of formal politics is futile.

It’s worthless to shout about slain Florida teen Trayvon Martin or murdered Missouri teen Mike Brown or other people who get maimed due to racism.

Instead, being militant and vigilant against institutionalized racism is effective. It at least sends across the message that we take ourselves seriously.

Likewise, it is worthless to moan about the incompetence of the South African government, where positively affecting the economics of Black people is concerned.

We can lose sleep thinking about the failures and greed of Black leaders post- independence, but until we actually share business and economic resources, nothing significant will change.

It is impossible for the current systems of government and economics to make a positive difference on our people.

The fighters of yesteryear have already taken things about as far as they can go.

Independence itself, in most cases, came with conditions or cronyism or the political assassination of good Black leaders (or all of the above).

Also, military power is subject to economics, so the Third World is pretty much f*cked  in the long run.

Just look at Muammar Gaddafi, Idi Amin, Saddam Hussein, Osama Bin Laden, etc. The UN, Western media, and aid are deterrents to Third World aspirations; it is always important to note that these are in the interests of the West.

Once again, we take it in to consideration that everything is politics.

Therefore, what is western aid and western media but politics or politico-economics?

When have we ever known the West to do good for the periphery? Should we believe them now because they say so or should we also consider that aid is conditional, just like our independence was?

Therefore, no matter whether we have good leaders or not, they can’t change much due to world systems’ politics and economics.

A country’s economics and politics can never be run in isolation.

Colonialism already trapped us, and the early leaders after independence were bought to seal the deal if it needed any sealing.

They were just Black faces for White rule, e.g Nelson Mandela signed and saved White land ownership, the African National Congress (the ruling political party in South Africa) recently refused a merger with the Economic Freedom Fighters (a new opposition party) that would give them enough power to change the constitution and give Black people our land back.

So far only 1 percent of private land is back in our hands.

So I think that leaves us with informal politics. Everything is politics so everything is an opportunity to influence the balance of power.

Therefore, I have to influence the balance in the favour of Africans.

We must support small-scale African business at any opportunity instead of Western mega-businesses that surround us and seem so convenient.

Their convenience is nothing but our loyalty combined with our negative attitudes toward our sisters and brothers.

You guys can call me crazy, but I say the current systems of economics and politics hold Black people the world over in low regard.

It is clear that these system serve the rich (usually White people) at the expense of the poor (usually non-White).

The quelling will be in an opposite reaction with no regard for the well-being of the economy of order in parliament.

Therefore, I say boldly, Chaos is order! That is to say that order in institutions of formal politics and economics is chaos in the ghetto and the Third World.

This is the current state of affairs, and Newton’s law provides that chaos in the politics of the Third World and ghetto citizens is order for them in parliament by ungovernability and non-compliance.

Anti-fragility, if you will.