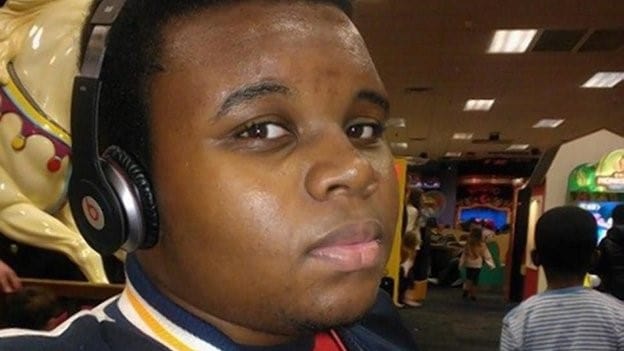 It’s a sobering feeling to leave Washington, D.C., after the week of Black excellence that was the U.S.-Africa Leaders Summit and head in to another dose of Black reality in America. As our first Black President closed out a historic gathering of African leaders, a White police officer gunned down 18-year-old Michael Brown (pictured), an unarmed teenager in Ferguson, Missouri, shooting him multiple times until he ultimately met his death.

SEE ALSO: President Lincoln Urged Blacks To Emigrate To Africa On This Day in 1862

On Thursday, cities across America held a moment of silence and the hacker group Anonymous declared August 14th a National Day of Rage, with rallies across the country calling attention to the devaluation of Black life and state-sponsored aggression against American citizens of color.

Brown is the fourth unarmed Black man to be killed in America by police aggression in the past month and a part of an alarmingly familiar trend of Black lives taken by law enforcement and vigilantes in name of the systemic racism that continues to be pervasive in this country.

As members of the global African community, we should be more than outraged.

Although a few of us prosper from the system, it is apparent that in America it is open season on Black humanity and we must wake up to the assault – it affects us all. As Dr. Martin Luther King Jr. once said, “Injustice anywhere is a threat to justice everywhere.” 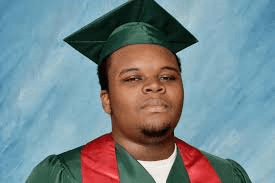 American media, often praised as the epitome of transparent journalism, routinely treat Black victims worse than Whites suspected of crimes as noted in the Huffington Post. The Brown case has been no different: The identity of the officer has been withheld while the news consistently shows unflattering (by mainstream society’s standards) pictures of Brown, conveniently skipping the very recent photos of him at his high school graduation or smiling with friends.

The #IfTheyGunnedMeDown hashtag was a brilliant illustration of the misrepresentation of Blacks in the media, especially when it surrounds a Black victim. 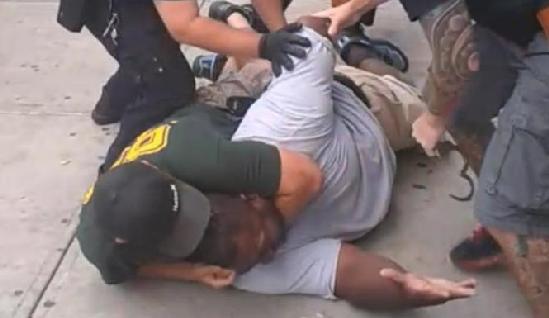 Eric Garner put in a chokehold by a police officer, which led to his untimely death.

The “ghetto Black American” stereotype has been exported around the world and is used as a “justification” for the slaughter of Black people in neighborhoods across the country: Trayvon Martin (pictured below) wore a hoodie — that invoked fear, Renisha McBride rang a doorbell at night — that invoked fear, Eric Garner (pictured above) was 6 feet tall and 400 lbs. — that invoked fear. Each of these individuals died because they invoked fear in the minds of the ruling class of America. 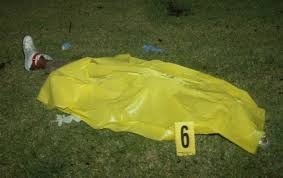 A photo of Trayvon Martin’s body was taken, after he was shot and killed in Florida by volunteer neighborhood watchman George Zimmerman because he looked “suspicious.”

After Renisha McBride got in to a car accident, she rang the doorbell of a house to get help. Theodore Wafer ended up shooting her in the face with a shotgun.

Let’s be clear, one doesn’t have to be African American to fall victim to this epidemic. The 1999 shooting of unarmed Guinean immigrant Amadou Diallo (pictured below) by police is evidence that, in America, you are Black before anything else and that alone can get you killed.

“We must be watchful and wise enough to not allow ourselves to be manipulated by the media into separateness, hate, and more fussing and fighting. We need to come together and stand collectively against this blatant injustice against our innocent young people.”

The systemic privilege enjoyed by a few is but a mere distraction to the underpinnings of a society that is quickly unraveling, but we have the power to push back. In Ferguson, people are rallying while being pelted with rubber bullets and tear gas, but we have to do more than use our voices.

In the same way a hashtag hasn’t brought back our girls, and all the tweets in the world haven’t stopped Israel from a continuous assault on the people of Gaza, our voice alone cannot stop the pummeling and dehumanization of our people. We have to refuse to accept this kind of behavior and response as the norm. 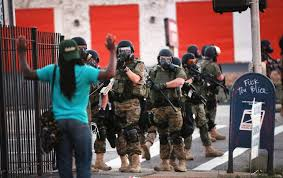 Days after Michael Brown was killed, Ferguson, Mo., looks like a war zone.

Amadou Diallo was shot 41 times by police for reaching in to his pocket to retrieve his wallet.

Race isn’t the only factor involved in the Mike Brown murder and this isn’t meant to say that the entirety of America is racist. I exist in America, I am possible in America, but when I look at my 6-year-old son, my heart fears for his fashion choices.

I push to tone down his rambunctious nature, and I cringe at the day that I have to have “the talk” with him: I don’t want to have to tell him that, yes, you can grow up to be president, but you must follow very specific rules when dealing with police outside of my care in order to survive long enough to see that possibility.

We are living in a world where police are increasingly militarized. In his article “America Is Not For Black People” author Greg Howard writes:

“Officers have tanks now. They have drones. They have automatic rifles, and planes, and helicopters, and they go through military-style boot camp training…. The worst part of outfitting our police officers as soldiers has been psychological. Give a man access to drones, tanks, and body armor, and he’ll reasonably think that his job isn’t simply to maintain peace, but to eradicate danger. Instead of protecting and serving, police are searching and destroying.”

Wherever you are in the world, please stay awake, read, speak up against injustice, and vote. Build wealth and competence and stand united.

“We continue to call out Black Love, Black Power and Black is Beautiful in the face of continued devaluation of Black life.” via Luvvie Ajayi & BP 100