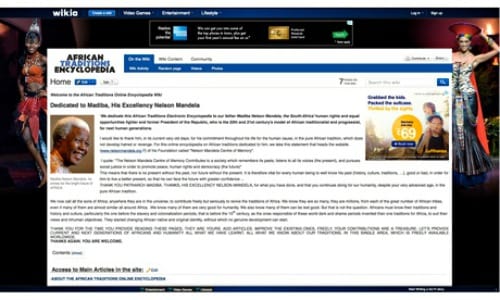 Many Internet users have become familiar with using the online encyclopedia Wikipedia for their research needs, but a clan chief in Cameroon, Gaston Donnat Bappa (pictured below), is hoping to offer a rival to the vast resource by providing what he is calling the African Traditions Online Encyclopedia (ATOE) (pictured above).

Bappa, who resides in the Ndjock-Nkong village and has 34 years of experience in computer technology, has been working on the ATOE project since early 2013. He created ATOE to preserve falling traditions as technology and other developments continue to emerge. 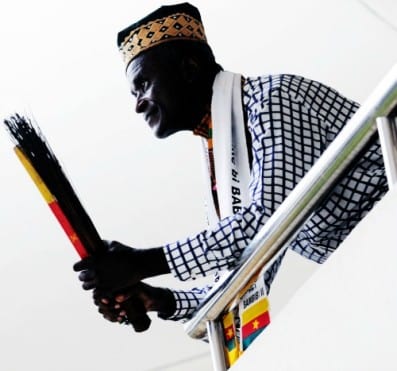 Bappa, 56, is creating a site that he hopes will become the first port of call for African arts and crafts, food, laws, medicine, music, oral storytelling, religion, science, sport – anything that can be defined as tradition, dating back millions of years. A prototype is open for contributions, with early entries including Myths and Legends of the Bantu, and Concepts of Social Justice in Traditional Africa.

Bappa, who has been chief in his village for 22 years, had a yearning for completing the project as he saw traditions from his own tribe begin to erode.

Amazingly, Bappa is determined to make the ATOE happen in a region that’s both off the power grid and some 93 miles away from the capital city of Yaoundé. Deeply entrenched in the deep forest, Bappa hopes to bring solar panels and other technology to the village to bring ATOE to life.

He currently works on the ATOE project in the capital, and is hoping to increase knowledge of the project at the 2015 eLearning Conference in Africa.

“It is not only for Africa,” he said. “It will be open to all worldwide, Africans and non-Africans. It is for the whole of humankind because Africa is the cradle of humanity.”