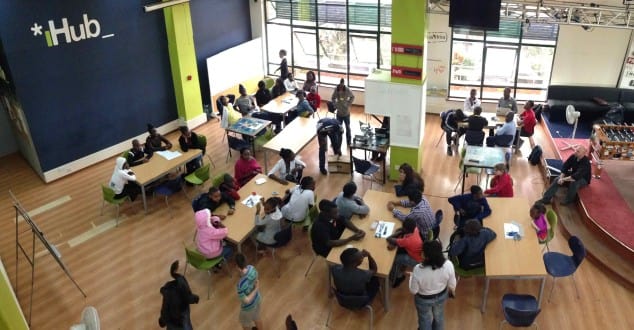 Last week, Google released its diversity numbers, and unfortunately, the number of minorities at the search-engine-turned-global-powerhouse surprised no one. The tech-giant’s 46,000-plus employee base is: 70 percent men, 30 percent women, 61 percent White, 30 percent Asian, 3 percent Latino and 2 percent Black. People have been talking about the White-male-dominated world of Silicon Valley for quite some time, and the leaders of the tech world have been alarmingly reluctant to reveal just how White it is. Kudos to Google for taking the first step in releasing the data. Now the question is, what does that mean for minorities, and particularly people of African descent?

Let’s face it, while Google may have noble ambitions in being transparent, they are not going to usher in a big wave of brown people to fill slots if they are not qualified. According to the University of Buffalo, just one-quarter of 1 percent (0.25 percent) of the world’s computer scientists are Black.

Merit is just half the battle, according to Freada Kapor Klein of the Kapor Center for Social Impact, “Silicon Valley’s obsession with meritocracy is delusional and aspirational and not a statement of how it really operates.”

Basically, there is more to the lack of diversity than degrees and technical know-how: people in the Valley hire themselves.

The truth is, we’ve known this for a long time, and there are a few organizations out there that working to change the literal face of the tech industry. Tristan Walker, Stanford-business-grad-turned-hedge-fund-and-rapper-backed-CEO started CODE2040 to link exceptional Black and Latino engineers to Silicon Valley companies.

The organization links talent to top startups in a win-win scenario.

Unlike other diversity initiatives that focus on education, CODE2040, Black Founders, and others focus on cracking the code that extends in to the referral networks that dominate hiring in Silicon Valley.

So what happens across the Atlantic where potential founders and future tech industry titans are even further removed from this pipeline? Education and networking must happen hand in hand. Google continues to expand its presence and Microsoft isn’t far behind.

Beyond the giants, highly successful U.S. start-ups are powering innovation labs across Africa.

Meltwater Entrepreneurial School of Technology (MEST) in Ghana is supported by Silicon Valley Skype and Etsy, while Senegal’s Banta Labs collaborates on mobile projects for Turner Broadcasting and the United Nations. Some of the continents tech hubs are focused on building up a large contingent of tech-entrepreneurs. iHub (pictured top) is a co-working space in Nairobi, where more than 11,000 young entrepreneurs, web, and mobile phone programmers and other creatives share office space, equipment, and ideas.

More than 50 companies have launched at iHub since its inception in 2010. 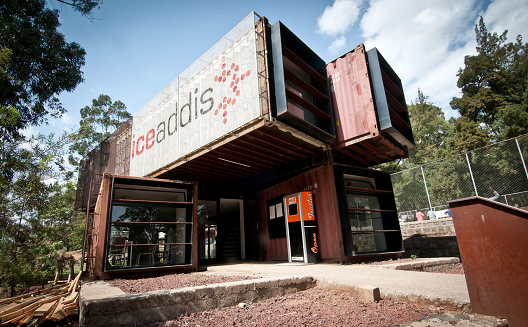 IceAddis (pictured), an incubator and co-working space originally intended to be an art gallery, contributes to Ethiopia’s economic growth by “tightening the constructive interaction” between entrepreneurs, developers, and creative workers and “promoting technological solutions to the public.”

In Liberia, iLab (pictured below) is going beyond increasing numbers and is addressing gender disparities in the tech world at the same time. Python Programming for Girls and Social Media for Change are just a few of iLab’s course offerings — all of which emphasize “community leveraging technology for the good of Liberia.” 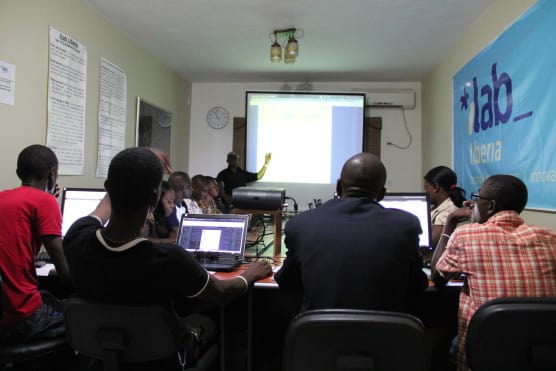 Whether living in the motherland or abroad in the Diaspora, a shift to the “makers” society — that in which one creates products instead of only consumes — is a clear path to economic and creative freedom for people of African descent.

Now the question is, will you take your piece of the economic pie in Java, Linux, Ruby, or Objective-C?