The list of nominees for the 2016 All Africa Music Awards (AFRIMA) has been announced in Lagos, Nigeria.

The AFRIMA award was launched in 2014, and the 2016 awards is the third edition of the awards. The AFRIMA awards is organized in partnership with the African Union Commission (AUC) and is designed to celebrate the most popular contemporary and traditional music in Africa while promoting Africa’s rich musical heritage to the rest of the world. Organizers describe the pan-African award as the biggest music award on the continent.

See this year’s nominees below: 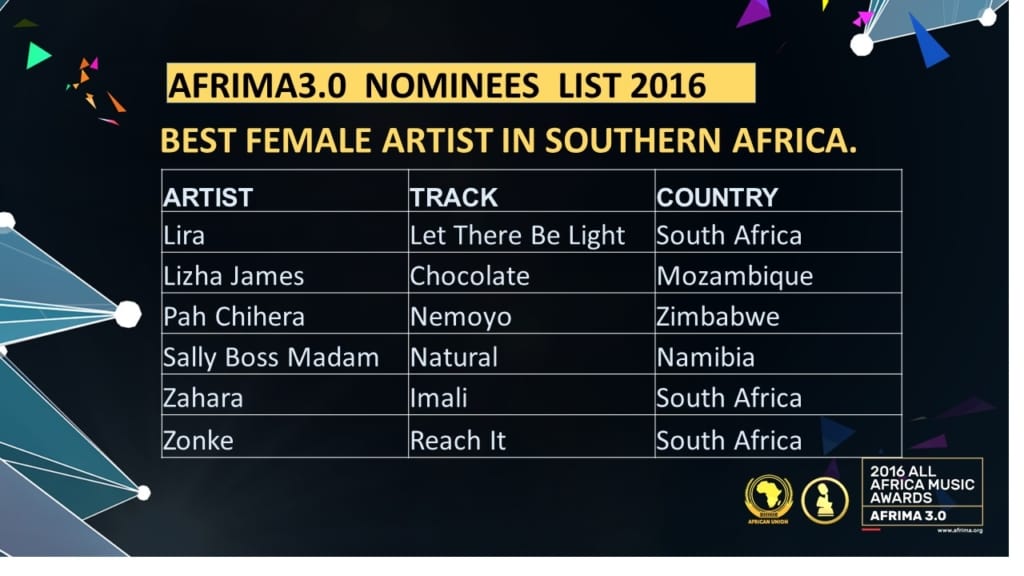 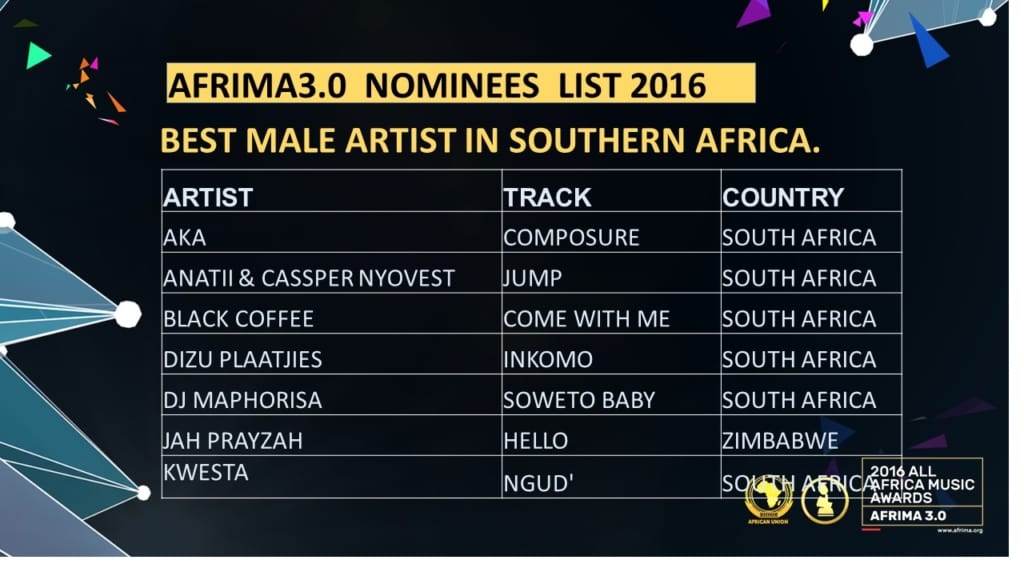 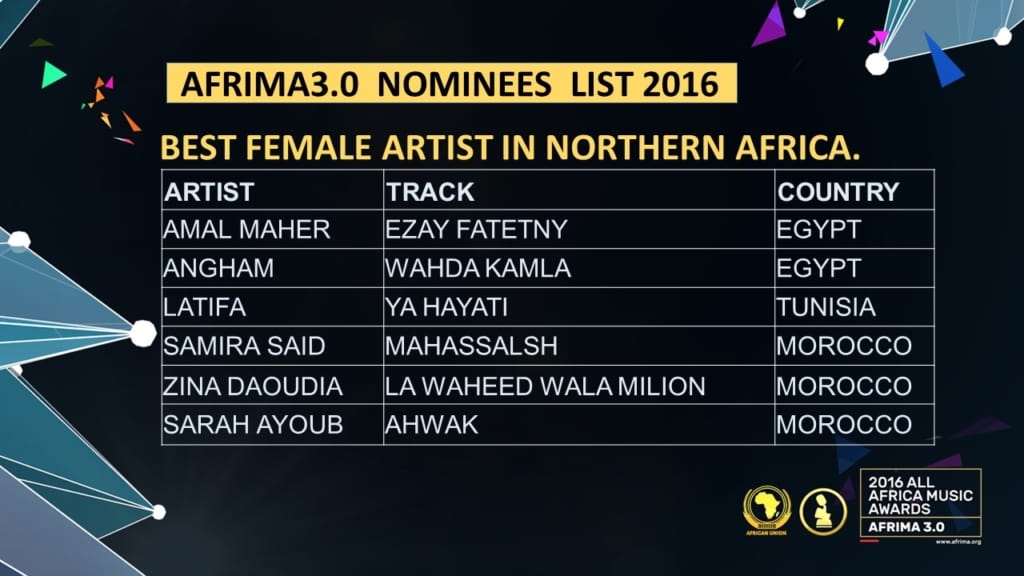 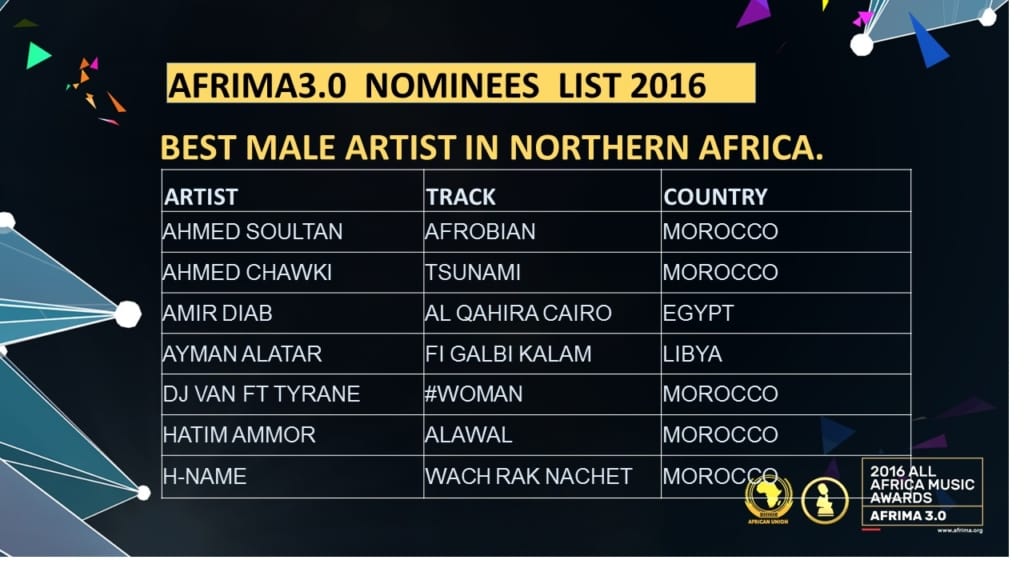 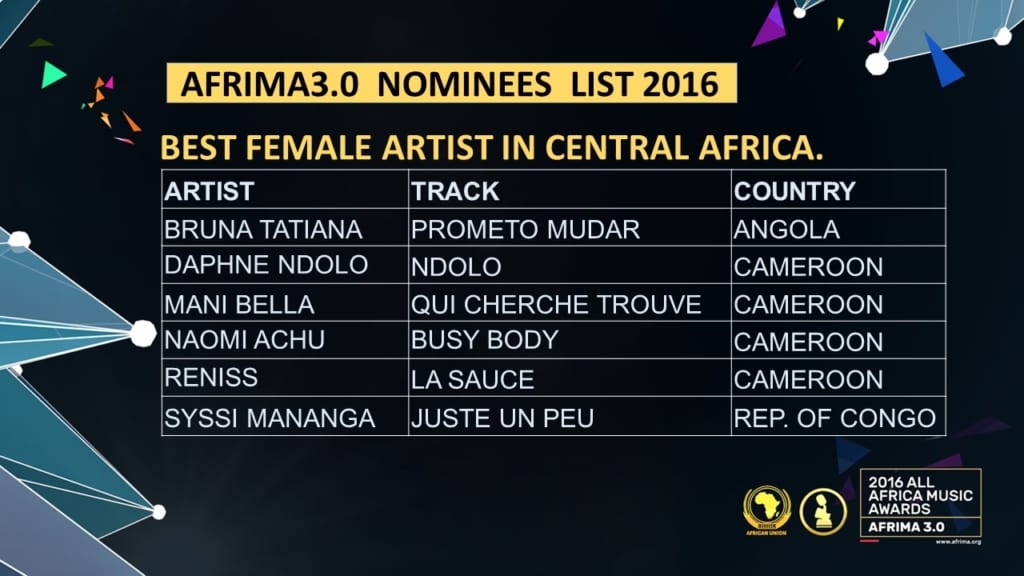 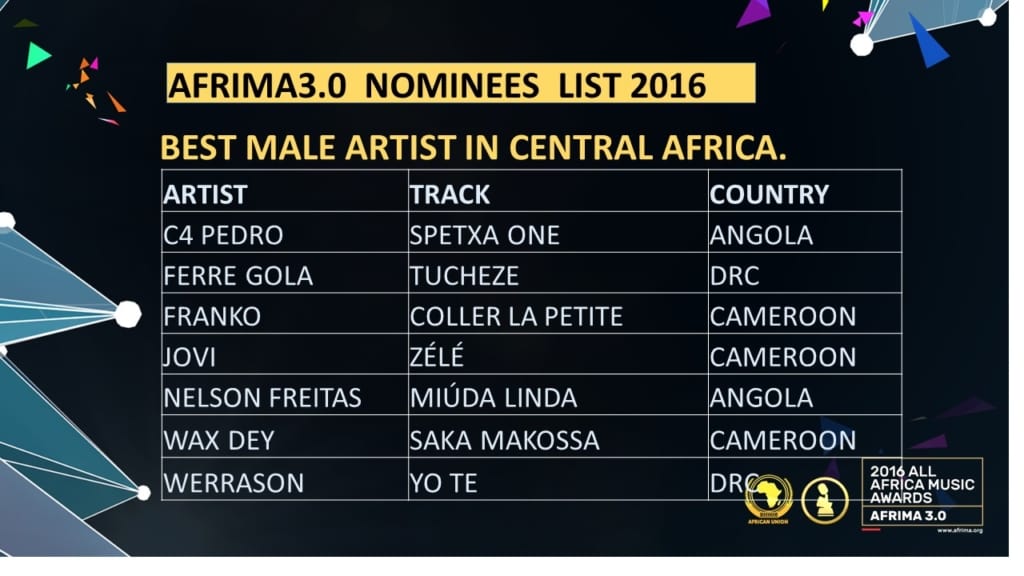 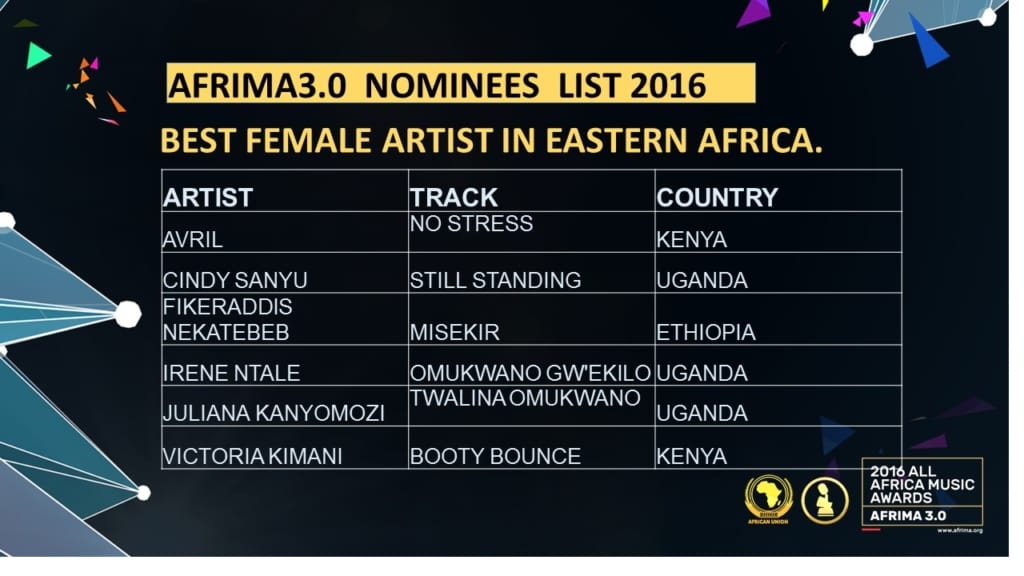 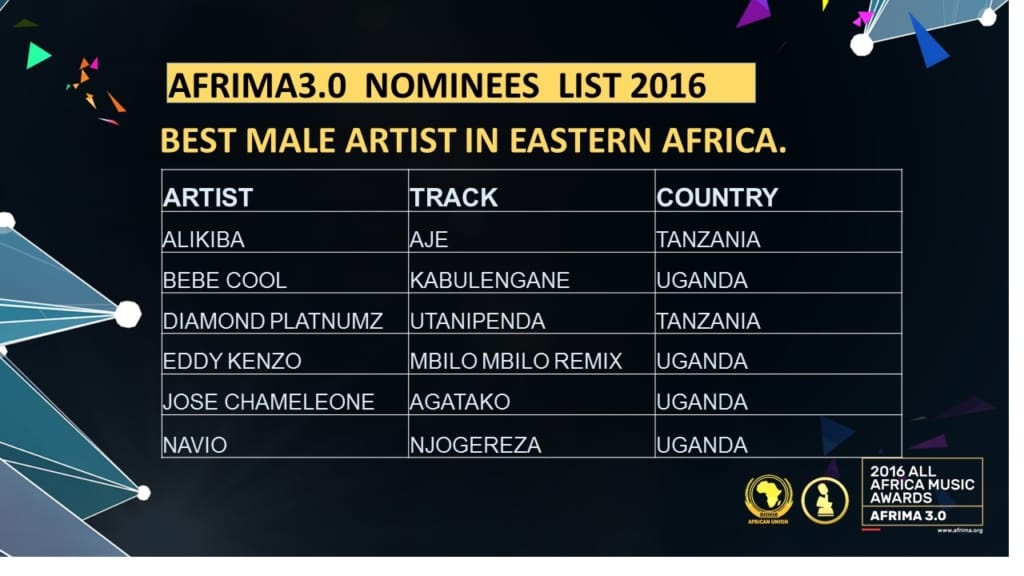 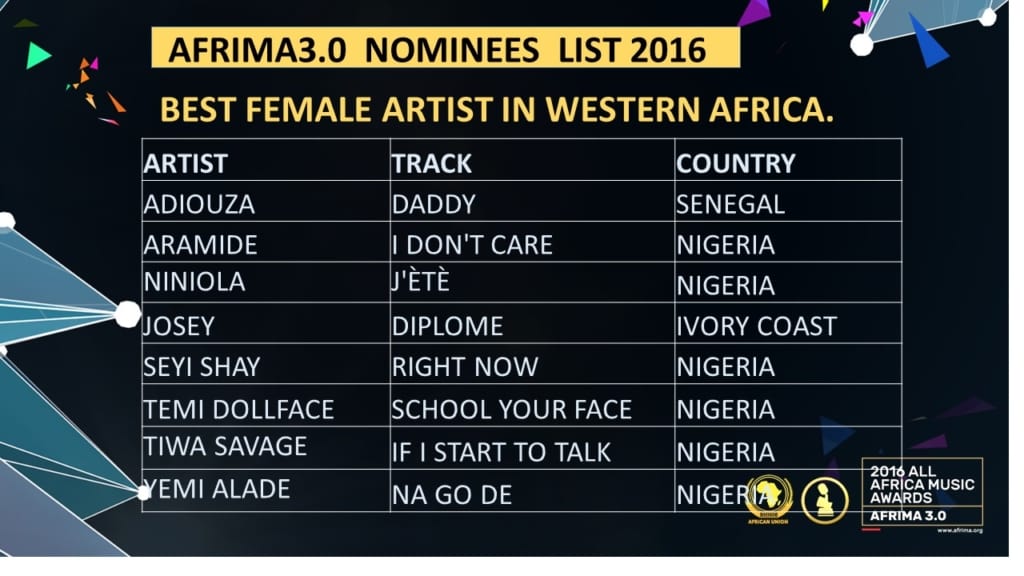 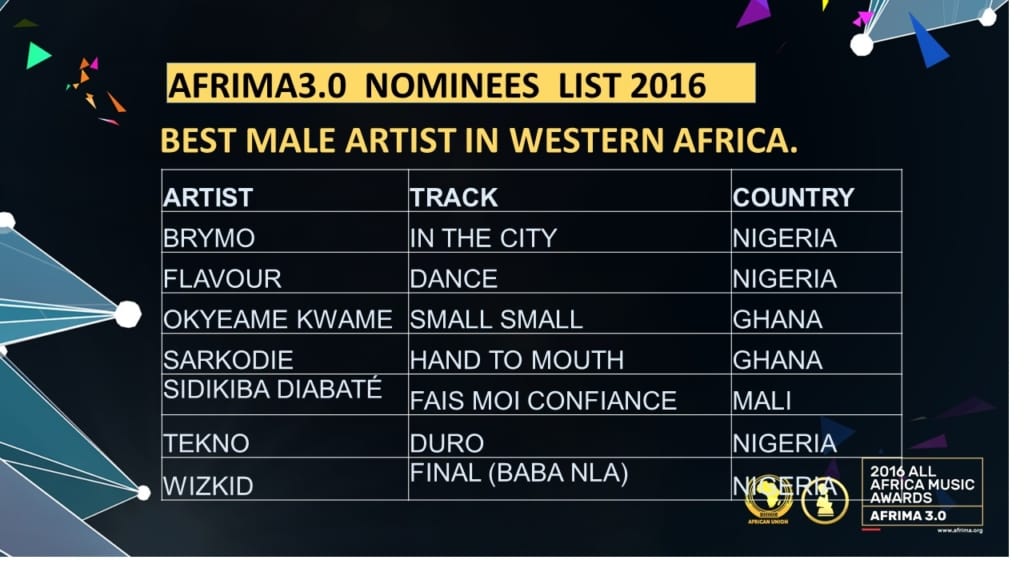 A 13-man jury panel announced the list of nominees on August 22 at Protea Hotel, GRA in Ikeja, Lagos. At the event were members of the press, past winners of the awards, record label executives, and representatives of the African Union. The event was also broadcast live on the Internet.

Mike Strano, the moderator of the adjudication process, explained that about 2,700 entries were submitted by artistes during the entry period that lasted from May 30th to July 30th. The 2016 awards, which has been tagged “AFRIMA 3.0,” has 34 different categories with the categories subdivided into regional and continental categories.

Organizers say for the 2016 edition they have also introduced a new category known as the “People’s Choice Award.”

During the selection process, fairness is prioritized, with each nominee making the list based on merit. “The jury is very careful about being accurate right from the process of verifying eligibility of entries to the process collating and finalizing results. It is an evolving process but one we work painstakingly at to ensure transparency and fairness,” Strano said.

Voting for the artists nominated in the different categories of the award officially opened Tuesday. The AFRIMA 2016 awards ceremony will be held on Sunday, November 6, in Lagos, with more than 2,500 guests expected to be in attendance.

Winners of the AFRIMA award are presented with a 23.9 carat gold-plated trophy shaped in the form of a djembe drum and a microphone. The trophies have the recipient’s name engraved on them.

According to the Bamana people of Mali, the djembe comes from saying, “Ankedje, anke,” which means “everyone gather together in peace.”