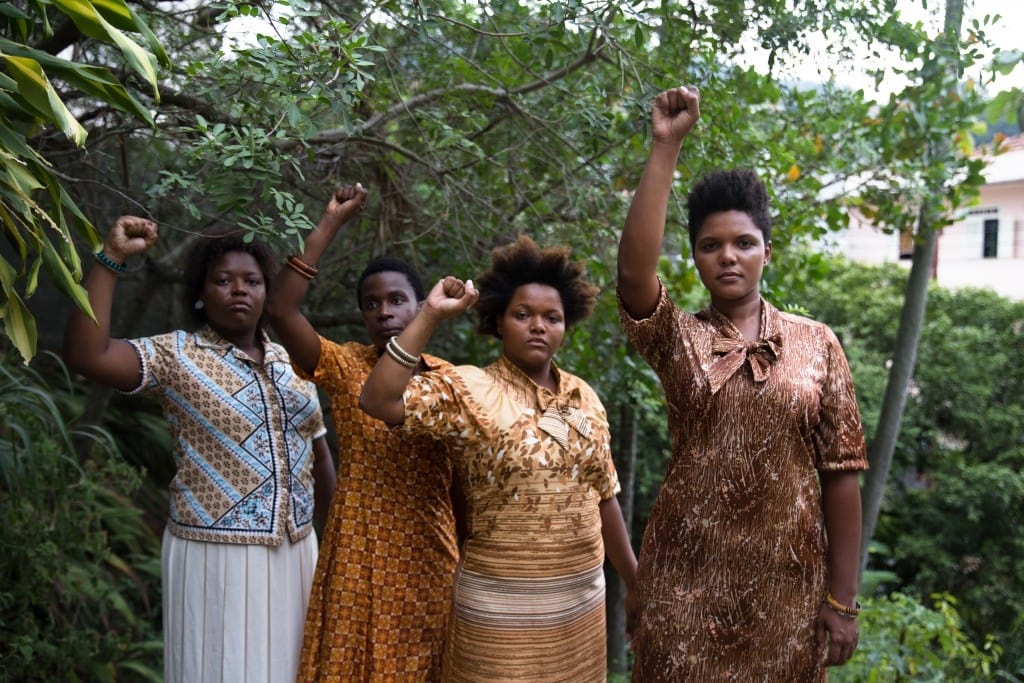 The following three short films were featured on the Black Women of Brazil website. Although they are not as well-known or accessible as the first seven movies on this list, their treatment of a significant yet often invisible group in the Diaspora is worth noting. According to the site, “Black women are protagonists of only 4.4 percent of films” made in Brazil.

First up is “O Dia de Jerusa” or “Jerusa’s Day.” Calling it “a tribute to the Black oral tradition passed down from the elders,” Black Women of Brazil provides the following summary:

The story exposes the ancestral memory of “Jerusa” (Léa Garcia), a lady who lives in a two-story house in the Bexiga neighborhood in São Paulo. While doing an interview for a survey, done by “Silvia” (Débora Marçal) about the use of soap powder, “Jerusa” begins to expose memories of a lifetime.”

Directed by Viviane Ferreira, a Black woman from Bahia, and starring other Black Brazilian women in lead roles, the film was screened as part of the 2014 Cannes Film Festival, yet received scant attention back home, where Ferreira says, “There is a scenario of total aggression on Black subjectivities. Therefore, we cannot stop producing ever, and male and female Black directors have resisted. The day that we abandon our stories, our aesthetics, and subjectivities, it means that racism has prevailed.”

The second film is titled “K-Bela” — a play on the phrase que bella or “how beautiful.” This experimental short directly confronts centuries of stereotypes that have poisoned the minds of millions. Racism in Brazil is no less daunting than it has been for African Americans in the United States and Black Africans in South Africa; however, on the international scene, discrimination in Brazil — indeed, Black exclusion throughout Latin America — seems to garner much less attention and public outrage.

Released in 2005, this film focuses on Black women’s hair, specifically the process of Black women transitioning back to their own natural hair in a country that is known around the world for supplying long, wavy, human hair for weaving.

“The process faced by most Black girls throughout life, rejection of their own hair, submission to painful chemical processes to straighten and refusal of skin color are the central themes of the story,” Black Women of Brazil explains.

The filmmaker Yasmin Thayná went through a lot to get this movie made, including getting robbed of all of her footage and having to start all over again. The support she received, financial and otherwise, to see the project through says a lot about her commitment to helping Afro-Brazilian women share their stories and reclaim their identities.

Wrapping up this list is a film currently in production called “God Is a Black Woman,” in which the cast and crew explore a very important question:

“How would people who view Black women as only those who serve coffee, who clean up after the family, or are only worthy of sexual conquest react if they were to die, go to an imagined place of judgment and discover that this woman that is so underappreciated is actually what their supreme being looked like?”

The filmmakers, a group of students completing their final project at a film school in Pelotas, Brazil, seek to answer this by documenting the lives of Black Mothers around São Paulo.

The title was inspired by a song called “Mãe” (Portuguese for “Mother”), which is an ode to Mothers by Brazilian rapper Emicida. “We don’t see these women being portrayed,” says Vinícius Silva, one of the filmmakers, whose aunt plays the main character in the short film. “And when you see them, it’s pure suffering. But life in the periphery is not only suffering. There’s joy and affection.”

So far the filmmakers have raised nearly $3,500 — about 70 percent of their goal — toward the completion of this project.

If documentaries are more your speed, check out this extensive list of films about Afro-Brazilian and other Afrodescendientes communities in Latin America.