As young as Forson is, this is not the first time Forson will be representing Ghana. In 2015 — at just 13 — she became Ghana’s sole representative at the Swimming World Championships in Kazan, Russia. She competed in both the 200m freestyle and the 200m backstroke events, where she placed 66th and 44th, respectively.

Forson may not yet be a world star — many do not consider her a medal hopeful at the current Olympics — but one appears to be definitely in the cards for her future.

At just 14, she is already competing and holding her own against full-grown pro-athletes who are at the peak of their careers, and at the World Championships in Kazan, she was the youngest swimmer.

And for her age group, she consistently places within the top 5 or top 10 in her events. In one such qualifying event toward the Rio Olympics, which featured 296 athletes representing 49 clubs and 21 countries over two days of competition, Forson, again, ranked within the top 10.

Forson currently lives in Malaga, Spain, where she trains with Real Club Mediterráneo de Málaga. And while she holds a dual nationality, she has chosen to represent Ghana and is integral to Team Ghana in Rio, after settling an initial controversy concerning her passport early in her career. 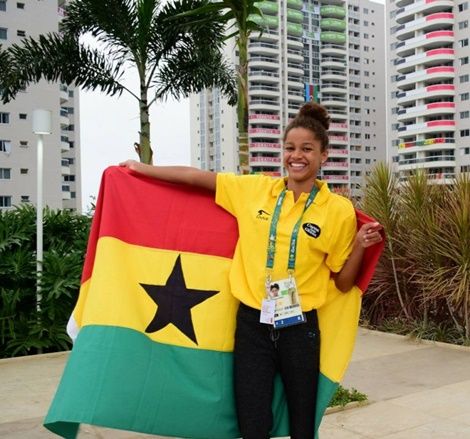 While it is unclear exactly why sports, such as swimming or archery, remain unpopular in many parts of sub-Saharan Africa, a possible reason often cited by sports administrators is the sheer cost of setting  up training facilities or camps to groom young talent for sports, such as lawn tennis or swimming.

The cost of the required sports gear and other such equipment are typically way out of reach for the average African child.

While some of those sports may not necessarily be elitist or highbrow, a standard Olympic-size swimming pool, for instance, doesn’t come cheap, and building one is definitely the least of the concerns in many African communities struggling to eke out a basic existence.

In recent years, however, local Olympic organizing committees of several African countries have come to see why it is necessary to move away from hinging their medal hopes only on the more popular events, such as soccer, basketball, and track compared to other events, such as swimming, which have a high turnover of medals and can make a nation rise dramatically on the medals table.