Amoako says she and her husband started trying for a baby soon after they got married 38 years ago, but she eventually gave up trying to conceive after medical examinations revealed her blocked Fallopian tubes would make natural pregnancy almost impossible, reports the Daily Mail.

She decided to try again and undergo in-vitro fertilization at a clinic, after learning about a 60-year-old Ghanaian woman who gave birth to triplets last year after receiving fertility treatments.

The procedure — using her husband’s sperm and a donor egg — was a success and little Isaiah Somuah Anim (named after his father) was born nine months later. 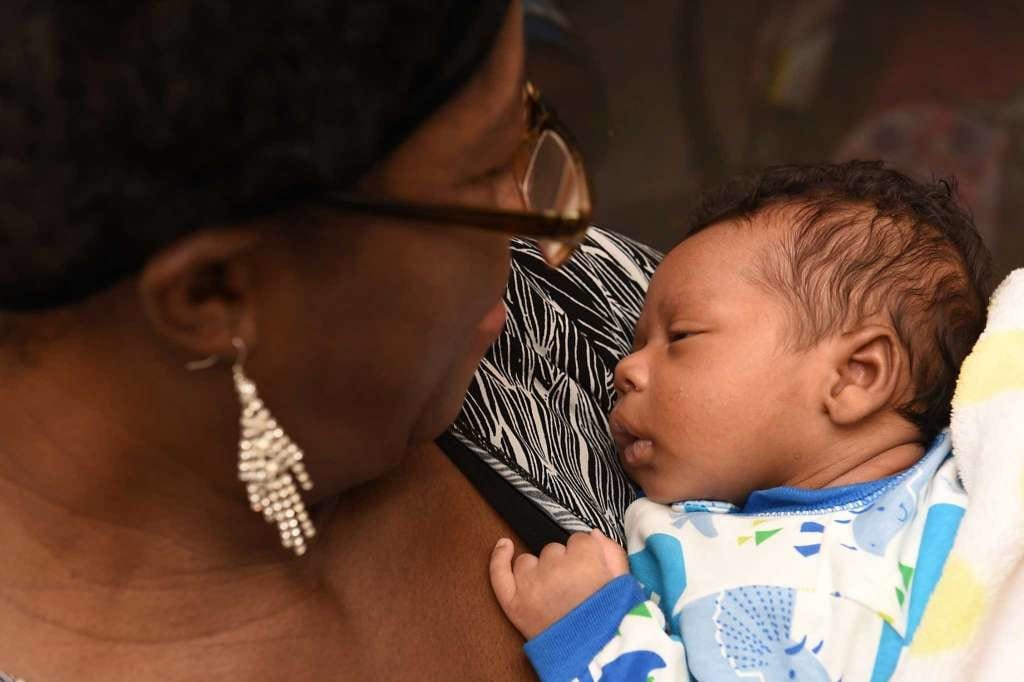 “We haven’t gotten much sleep, but I feel fine and I think he already knows our voices,” an elated Amoako told the Times Union.

“When he’s crying sometimes, my husband will call from work and Isaiah will hear his voice through the phone and calms down and stops crying.”

Doctors say Amoako’s pregnancy and birth of baby Isaiah is a rare feat, with the U.S. Center for Disease Control putting the number of babies born to women aged 50 or older in 2016 at just 754.

Dr. Kushru Irani of the Niskayuna’s Bellevue Women’s Center initially tried to dissuade the couple from trying the IVF procedure, fearing that complications may arise due to Amoako’s advanced age.

“Initially, when I saw her, I’m saying no, it’s not a good idea for your health to have a baby at your age,” Dr. Irani told the union.

“I said everything that I could to discourage them by discussing the many risks.

“Budu was pre-diabetic and suffered from some hypertension. I was concerned about the strain pregnancy and delivery would put on her heart.

“But they were very calm, determined, and had clearly thought about this a long time.

“Once a patient makes a medical decision, it is my duty as a doctor to do my best to care for them and keep them in good health. You compartmentalize your worries so you can keep the patient’s spirits up.”

According to the couple, the entire process, from initial screening to successful fertilization, cost $20,000 and took about a year.