The Tanzanian government has banned the import, manufacture, sale, and consumption of alcohol in small plastic bags.

In a statement from authorities, the ban reportedly went into effect Wednesday, reports Africa News.

Officials say the ban will serve the dual objective of protecting both the youth and the environment.

Tanzanian authorities say alcohol sold in small sachets pollutes the environment and constitutes a public health problem because of the manner in which the plastic bags are carelessly and improperly disposed of after use. Environmental officials say the plastic bags clog public drains and are an eyesore.

In addition, the relative affordability of the sachet alcohol, which comes in handy 50 milliliter bags (some brands reportedly retail for less than a quarter of a dollar), place them well within the reach of youngsters. 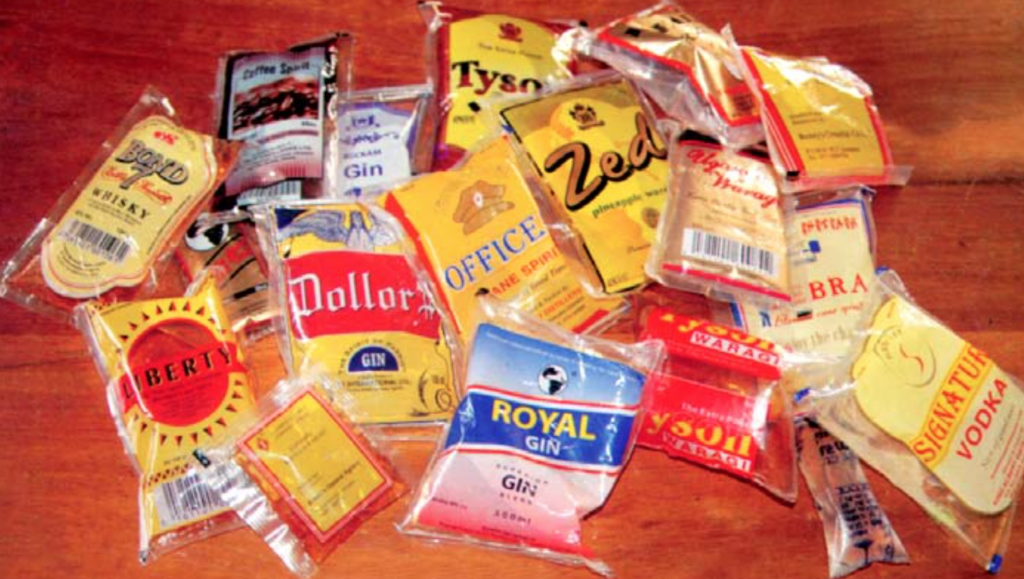 In what has become a matter of concern for education officials, some pupils apparently hooked on the cheap alcohol can be seen in Tanzanian schools, sucking from the sachets between classes. The ease of concealing the alcohol sachet in school bags or trouser pockets makes it popular with delinquent students.

As expected, the decision was largely bemoaned by manufacturers and retailers of the sachet alcohol industry that make brisk business from the widespread consumption of the product.

The ban has, however, enjoyed the support of concerned parents, teachers, and religious leaders. Several African countries, including the Ivory Coast, Senegal, Malawi, and Rwanda, have already imposed similar bans on sachet alcohol.