As part of activities lined up to commemorate Ghana’s 60th Independence Anniversary, the Heritage and Cultural Society of Africa is teaming up with partner organisations to organise the African Diaspora Homecoming Conference. This landmark conference and its associated events slated to be held between 5th March, 2017 and 11th March, 2017 seeks to evoke the spirit and memory of 1957, when Ghana’s independence which was a source of pride for peoples of African descent was attained. Ghana’s Independence also inspired African liberation and civil rights movements in the Diaspora and the nation contribute financially and in other ways to support fellow African countries in their struggles.

Participants who are expected to begin arriving in the country on 4th March, 2017 will observe the Independence anniversary parade at the Black Star (Independence) Square on Monday, 6th March 2017.

Invited to open the conference on Tuesday, 7th March, 2017 at the La Beach Hotel His Excellency, Nana Addo Dankwa Akufo-Addo, President of the Republic of Ghana is expected to be accompanied by the Speaker of Parliament, the Chief Justice, the Minister for Tourism, Culture and the Creative Arts, Hon. Catherine Afeku and other important dignitaries including Members of Parliament and key state officials, Envisioned within the context of the United Nations Decade of Peoples of African Descent the conference will hold panel discussions with panellists from varied backgrounds in academia, the creative arts scientific innovation and entrepreneurship among others, both local and international. 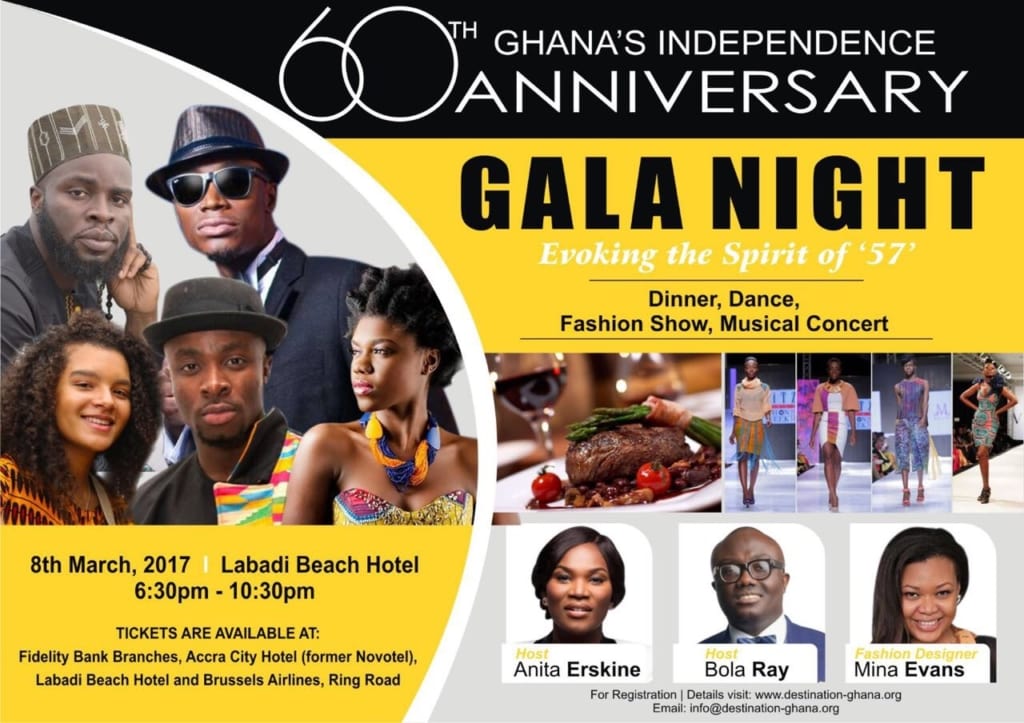 The conference will also offer the opportunity to participants to reflect on Ghana’s achievements over the past six decades; celebrate Ghanaian excellence at home and abroad; and a common vision for the progress of people of African descent.
Among the speakers at the two-day conference which will take place on the 7th and 8th of March, 2017 will be Rt Hon. Lord Paul Boateng of the British House of Lord, Nicole Amarteifio of ‘An African City’ and, Patrick Awuah of Ashesi University and many important speakers.

The conference will also offer the opportunity for participants to build networks for trade, commerce and investment on the continent. Organisers of the homecoming will also treat participants to a Gala Night which will include fashion show, featuring Mina Evans, Joan’s Closet and Chocolate; a Dinner as well as a Musical concert featuring amongst others, Becca, Manifest and EL. Participants will also have the opportunity to embark on tours of key historical sites relating to the transatlantic slave trade.

Other institutions partnering the organiser include the Ministry of tourism, culture and the creative arts, the National Commission on Civic Education (NCCE); and the United Nations Education, Scientific and Cultural Organisation (UNESCO).