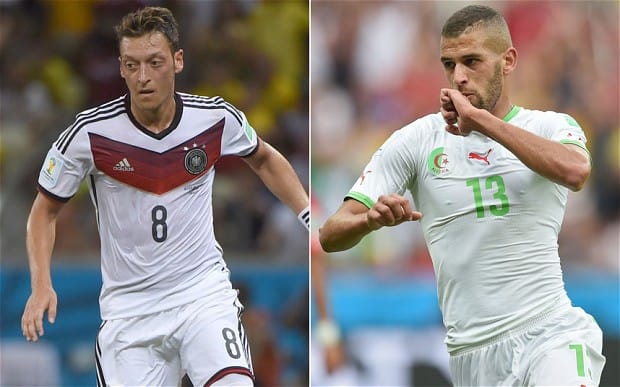 In the 17th minute, an Islam Slimani goal was ruled out as an offside, but the first 45 minutes of the match saw the North African nation outmatch their opponent.

By the second half, a more determined Germany gave Algeria several opportunities to counterattack dangerously but neither side was able to score within the 90 minutes.

Two minutes after the start of extra time, though, Andre Shcurrle’s back heel goal separated the two sides.

In addition, Germany earned yet another score in the 118th minute through a Mesut Ozil shot.

Algeria Desert Foxes fought to get a goal back through Abdelmoumene Djabou who beat Manuel Neuer from close range, but this came a little too late for the last African team in the tournament to push for an equalizer.

Algeria’s exit wrapped up Africa’s participation in the tournament.

When the tournament was hosted on the African continent four years ago, Ghana carried Africa in to the last eight. Africa will have to wait another four years to see if an African nation can finally break in to the semifinals of the FIFA World Cup in Russia in 2018.