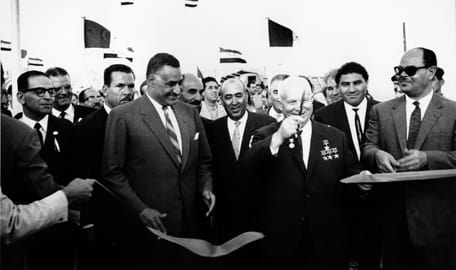 Nikita Khrushchev, standing with Gamal Abdal Nasser, cuts the ribbon to open the first stage of the Russian-financed Aswan High Dam, May 14, 1964.

The Aswan High Dam (pictured below) was completed on this day in 1970 in Egypt, which was then known as the United Arab Republic. The dam took a decade to construct and formed the gigantic Lake Nasser reservoir that flooded two ancient Egyptian temples (pictured below). With the help of Soviet funding, the dam was completed.

Costing $1 billion, the dam was constructed to end the floods and droughts in the Nile River region and also create a hydroelectricity generation site. For all of its benefits, however, the Aswan High Dam was replete with controversy.

Back in 1902, a dam was created in Aswan, which is 500 miles south of Cairo. The lower Aswan dam helped irrigate lands in the region but was not equipped to hold back an annual flood of the Nile River. In the 1950s, Egyptian leader Gamal Abdel Nasser wanted to bring the dam into creation. The goal was to end the flooding and to create a new energy source. After initially getting support from the West, the United States and the United Kingdom declined to fund the project. 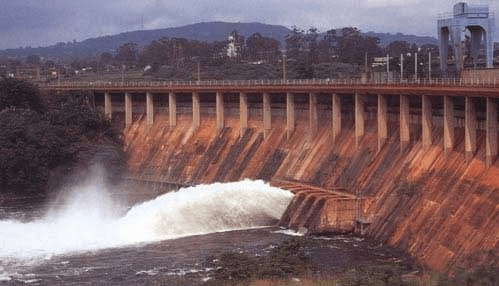 The nations pulled out of the deal after learning of a secret arms deal between the Soviets and Egypt. Nasser then placed the British and French-owned Suez Canal under his rule and made it a tollway for ships. The money earned there would pay for the High Dam. The Suez Canal Crisis came later, with a multi-national effort to secure the area for Egypt proving to be successful. 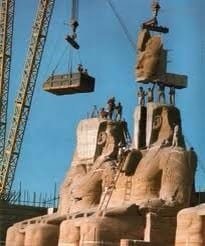 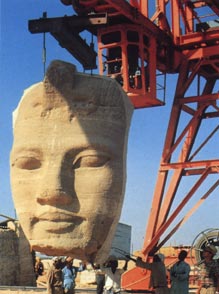 President Nasser died of a heart attack in September of that year, and the dam was formally dedicated in 1971. The 340-mile long, 22-mile wide reservoir was named after Nasser in his honor. The lake displaced 90,000 Egyptian peasants and Sudanese Nubian nomads. The lake also flooded the two Abu Simbel temples, with the temples being relocated in 1968 to avoid complete submersion.

The dam made it possible that 10 billion kilowatt hours per year were being generated by the turbines pumping water through the structure; however, the dam has had a severe effect on the environment in the region. Farmlands have been depleted, fish populations have been drying up, and the spread of disease in the land have all been attributed to the dam obstructing the natural flow of the Nile River.