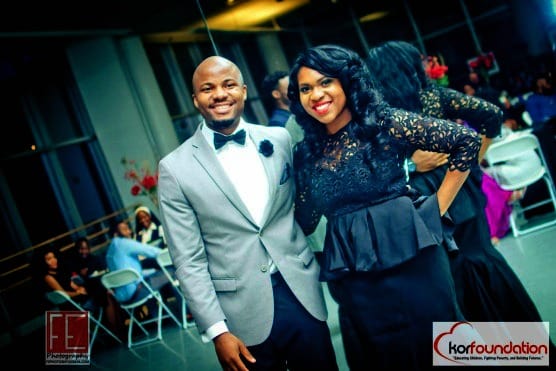 The Kor Foundation was founded in 2009 by RockNaijaTV CEO Stanley Onwuakor. Today, the organization is co-led by the dynamic Rita Oluchi Obi of AHUIKE and has grown to a robust team of staff and volunteers. On July 12th, the Kor Foundation held its first charity gala at the Alvin Alley Theatre in midtown Manhattan, and the event was well-attended with guests from around the tri-state area.

The Kor Foundation has a three-prong approach to improving education in Africa; First, it seeks to improve the environment where African students learn by fund-raising to provide modern, high-quality enhancements to schools. For example, the foundation recently built a brand-new library in Imo State complete with new books and furniture. With enough financial support, they hope to provide computers for the library.

Second, the Kor Foundation seeks to equip teachers with materials like blackboards, textbooks, new desks, and experiment equipment to improve their professional capacity. The foundation’s staff recently visited the Ehume Community Primary School in Imo State, Nigeria, and found that many students share one textbook and cannot take the books home.

Finally, the Kor Foundation empowers children and improves their exposure by matching them with accomplished mentors. The one-on-one pupil to mentor matching pairs volunteer mentors with students to broaden their perspective.

When asked why he started the Kor Foundation, Onwuakor said, “I wanted to give back to Africa and was frustrated by the poor quality of education for the average child there. As a Nigerian, I know that aid and short-term things are not the best solution so our programs engage communities in the long term. We started off small with book drives and clothing drives. We now have full programs at community schools, and we are interested in gaining new partners.”

Vice-President of Kor Foundation Obi said she joined Onwuakor to design the Kor Foundation programs “after visiting many schools and seeing that the quality of educational investments was subpar. Many students study with no roof to shield them from the weather, and I see that many girls were not encouraged or mentored to keep up with the male students.”

Even though both Onwuakor and Obi have full-time jobs and consultantant companies and are building the foundation in the United States, they chose to start the programs in Nigeria, their country of ethnicity, and visit Nigeria several times a year. 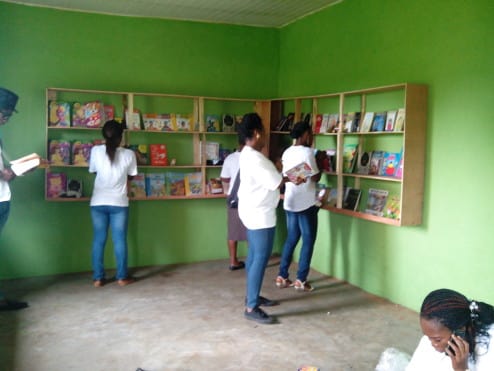 The Kor Foundation currently operates in three primary schools in Nigeria and implements its programs with one staff member and dozens of volunteers. The foundation’s first fund-raising gala was themed “Stand Up for a Child” and featured comedy by YouTube sensation Foxy P.

The evening included an informational video about the Kor Foundation and its aim to improve education and eradicate the disadvantages of poverty. In it, Obi described her own experiences in education which have shaped her motivation to empower others through education. With additional funding, they would like to buy more essential classroom items like textbooks, hire more program staff, and run more teacher training sessions.

An exciting part of the Kor Foundation Gala was the introduction of Kor Foundation Ambassadors, individuals carefully selected to carry out the mission of the foundation in the United States. 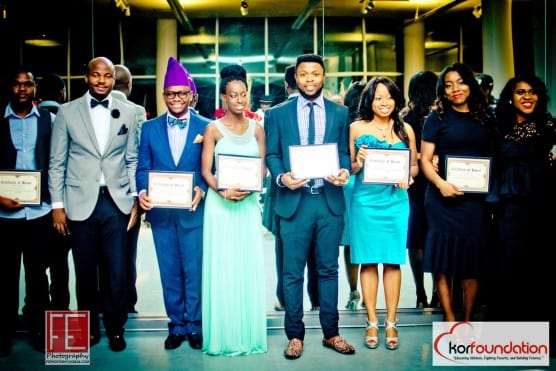 When asked why she chose to become a Kor Foundation Ambassador, Adeniyi, founder/CEO of AminAmeen Photography and an Engineer at ConEdison, said, “I saw that the organization is solid and has merit to show for their work. For them, it is not just to get charity but also to create impact on the ground. I know personally that my education has taken me around the world and prepared me to be an engineer and a business owner. I plan on supporting the mission of Kor Foundation throughout the year and look forward to getting others excited about this important mission.”

Another Kor Foundation Ambassador Igbinosa, founder/CEO of Nosa Productions and COO of RockNaijaTV, said, “I agreed to be a Kor Foundation Ambassador because I know personally how challenging it can be to finish school in Nigeria. There are not enough resources there, especially in rural parts, and I believe that Kor Foundation’s mission is great. It’s time that we in civil society do more to counter the lack in government, and I am proud to carry the Kor Foundation message with me everywhere I go. It is a deep and important commitment.”

Learn more about the Kor Foundation and donate to their worthy cause from their website.