Two toddlers born in Ghana with blue eyes – as a result of the rare genetic disorder called Waardenburg syndrome – have turned to modelling to help raise funds for surgery to treat their hearing loss associated with the defect.

A year and ten months old Rebecca Chogtaa Dumeh from northern Ghana was born with the genetic disorder. She was discovered a month ago by Ghanaian model and entrepreneur Philomena Esinam Afi Antonio who is raising funds to support the girl to undergo surgery.

In the process of raising funds for Chogtaa’s surgery via a gofundme page and other channels, another toddler named Miracle was discovered with the same condition as well as speech impairment.

Afi Antonio who treated them to a photoshoot last week said she is grooming them to become photo models. She posted their first professional photographs on her social media pages calling on fashion brands and corporate bodies to use them as models for a fee that will go a long way to finance their surgical operation in India. 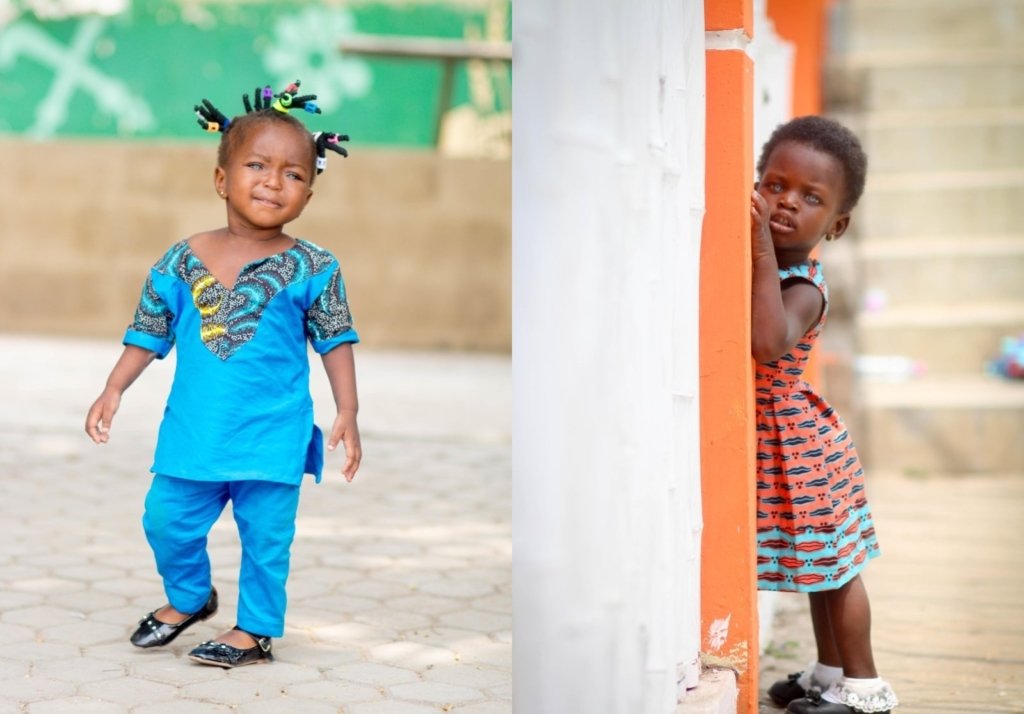 The gofundme page created by Afi Antonio raised only $560 out of the $50,000 goal by 21 people in one month. Antonio invited the public to donate and help the girls regain their hearing via the Cochlear implant surgery. 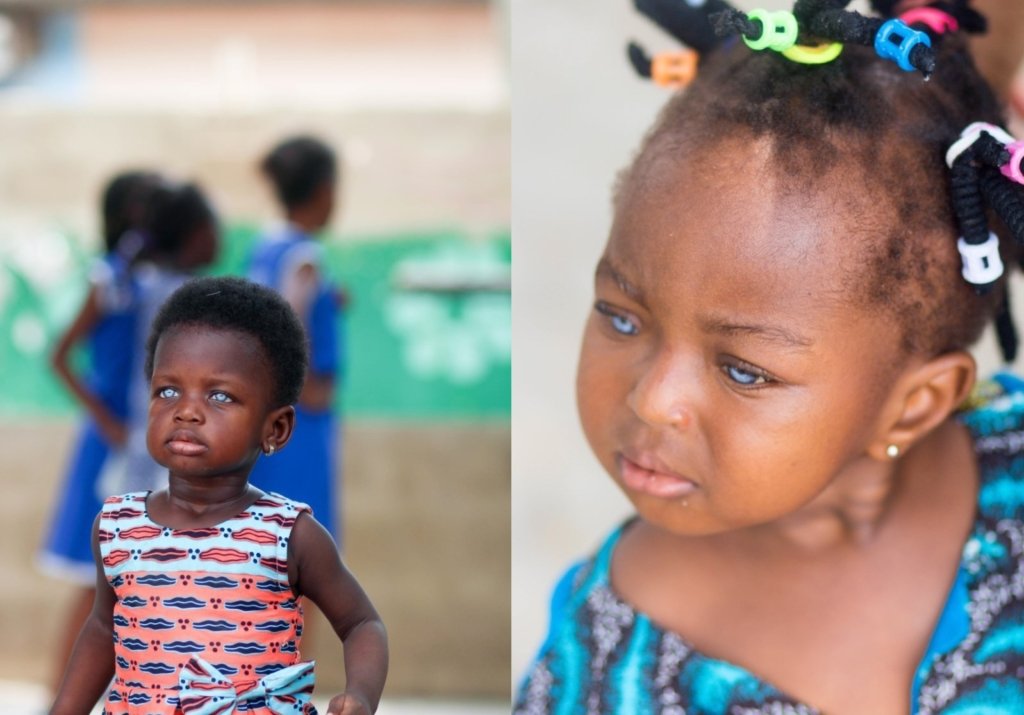 “Some people are suggesting their parents take them to a sign language school and forget the surgery. You can only understand if you are a mother,” says Afi Antonio who is passionate about helping the girls.

The model met Chogtaa’s mother at a local clinic where the bubbly girl was undergoing checkup for her hearing loss. The mother told Antonio that they drew a lot of negative attention from their family and community who believed Chogtaa was “cursed”, while her playmates branded her a doll.

“Her mum says, she remembers a herbal Dr. telling her once that if u have gonorrhoea while pregnant u give birth to such a child. She was actually telling the people seated at her clinic. She laughed and didn’t say anything,” Antonio narrated their story on social media last month while raising funds to support Chogtaa.

Waardenburg syndrome comes with varying degrees of deafness, minor body defects and pigmentation changes. Thousands of people live with the defect all over the world.

You can also donate via this gofundme page: https://www.gofundme.com/chogtaa