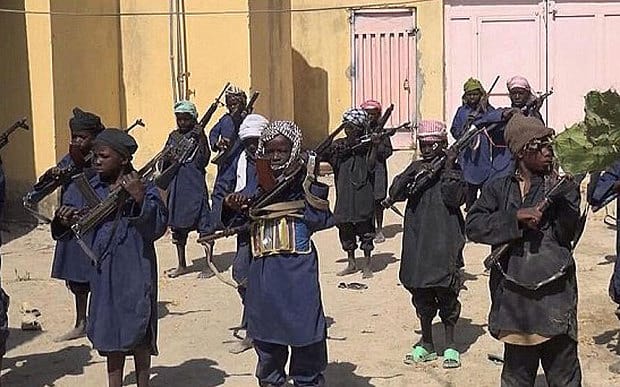 For years, Islamist groups have used varying types of media to advance their extremist views, particularly via social media as of late. Islamic State, formerly known as ISIS or ISIL, has been the most prominent terrorist group to relay their stances in that fashion. And while Boko Haram has been relatively sporadic in their media output, a new op-ed suggests that there could be a collaboration, of sorts, between the two.

BBC News Africa examined the recent launch of Boko Haram’s Twitter account, marking the first time the terrorist organization has taken to the fast-moving social media network. Up until that point, the only media outlet Boko Haram used for its propaganda was the occasional low-quality videotaped recording of its leader Abubakar Shekau taunting his enemies and threatening more violence across Nigeria and other African nations in the name of Sharia law.

But on 18 January, an Arabic-language Twitter account purporting to be the official outlet for a new Boko Haram media group called Al-Urwah al-Wuthqa was launched and immediately promoted by key pro-IS media operatives.

Since then, the group has used the feed to publish a stream of propaganda, including two new videos, and has been trailing a third, although there has been some disruption to its media activities following the suspension of the original account by Twitter.

The increased sophistication and organisation of the propaganda that followed the launch of the Twitter account bore signs of the influence of IS, which has honed its social media exploitation over the past year.

This appeared to indicate that the group may have been assisted by IS media operatives, or influenced by IS in an indirect way.

And there are concrete signs (i.e., updated branding and high photo and video quality) that the two groups may be connected.

Boko Haram has followed the example of IS by publishing branded photographs of its militants and the areas under its control to illustrate its successes on the ground.

The Twitter feed has also been posting a stream of short statements about the group’s activities, claiming operations in a timely manner, in the mould of Islamic State’s one-line tweeted claims.

This improvement and the use of multiple languages and well-presented subtitles – using English, Arabic and Hausa – suggested the group may have had outside help from IS media operatives.

Arabic-language jihadist anthems have also been used in the latest two videos, one of which has been routinely used in IS propaganda.

One of the videos was billed as the first in a series entitled Message from a Mujahid, which featured a militant from the group defending the group’s ideology, tactics and plans. IS itself has a series of videos with the same title featuring its militants speaking to camera.

In addition, while there may not be an officially announced alliance between Boko Haram and IS, the two groups have nearly identical ideologies of forcing the regions they occupy to bow under their Islamic rule.

Shekau has also praised the efforts of IS across Iraq and Syria, and has continued to order attacks across northeastern Nigeria and more recently in Chad, Niger, and Cameroon.

If there is indeed a union of the two forces, it could upend international efforts to stamp them out, because while Boko Haram and IS are outgunned and outmanned by international forces, this fact has not dulled their impact.