Slavery, since the 18th century has been characterized by a series of revolts and rebellion by slaves against their masters. Though the British Slave Trade was officially abolished in 1807 through an act of Parliament, it was by no means an end to slavery, as it still persisted in some British colonies especially, the Carribean.

The 1807 Act made the buying and selling of slaves from British ships illegal but had no provisions to free people who had already been enslaved.

However, this was misinterpreted by slaves in Barbados who had hoped that the terms included in the Act would cater for their freedom, but it didn’t. Therefore, it started a series of revolt and rebellion against Barbadian slave masters known as the “Barbados Revolt of 1816.”

The main leaders of the Barbados Revolt were Bussa, a freed slave and ranger who was a head officer among enslaved workers of an estate; Franklin Washington, a literate slave who read English newspapers and learnt about occurrences in Haiti, England among other places; and Nanny Grigg, a senior domestic slave.

The “Bussa Rebellion,” which took its name from the African-born slave Bussa, who led the uprising which was the first of three major slave uprisings that took place in the British West Indies. Bussa was born a free man in West Africa of possible Igbo descent before he was captured and enslaved in Barbados.

On 14th April 1816, Bussa led approximately four hundred slaves to set several cane fields ablaze and to overthrow the white planter class, regain freedom, restructure the politics of the island and create a better life for black and colored people.

In 1985, a large bronze statue was put up in his honor on the JTC Ramsay roundabout situated on the ABC Highway in Barbados and it symbolizes the breaking of chains at emancipation.

Despite the failure of the Bussa Rebellion, Bussa is regarded as one of the historic figures who fought for Barbadian freedom. 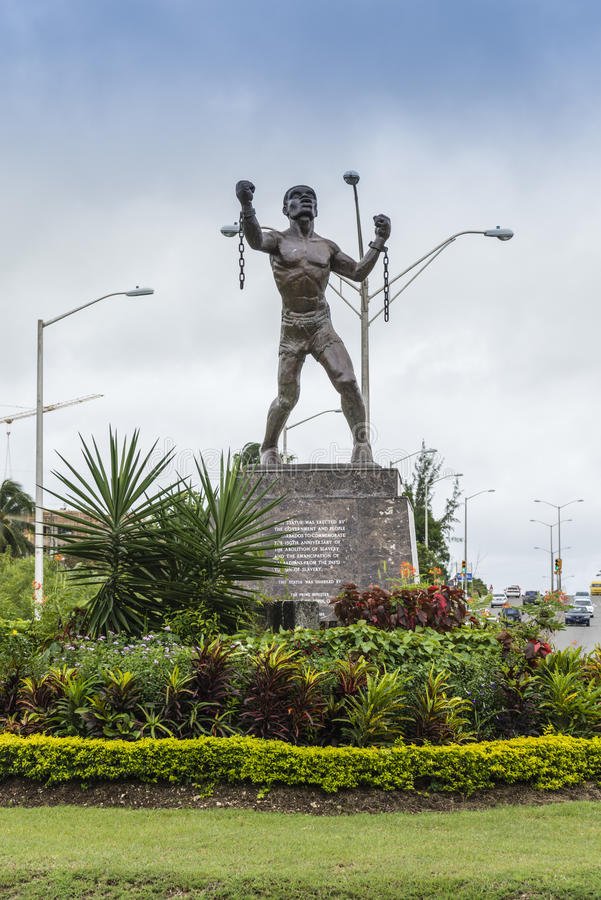