The story of one of the first princesses of the Yoruba kingdom, Moremi Ajasoro, is indeed fascinating and speaks to the important role women have played and continue to play in the stability of kingdoms and nation-states in Africa.

Moremi Ajasoro, popularly called Moremi, is considered by all sources to have been a highly significant figure in the first kingdom of the Yoruba people, Ile-Ife. She is believed to have been from Offa and was married into the royal family. Her husband, King Oramiyan was a direct descendant of the Emperor Oduduwa, the tribe’s legendary founding father. 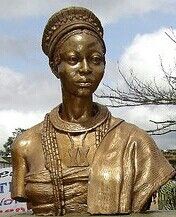 Moremi is said to have been of tremendous beauty, “a faithful and zealous supporter of her husband and the Kingdom of Ile Ife”. So much so that she was willing to sacrifice her life and marriage for the kingdom.

At the time of the 12 century when she lived, the Yoruba’s neighboring tribe, the Igbos (who historians say are not the same as today’s Igbos) were regularly and successfully raiding the people at and around Ile Ife. The Igbos also enslaving the people they captured. The Yoruba leaders, however enraged, could not seem to stop the raids and the Igbo warriors seemed invincible.

It is here that Moremi, being extremely courageous and strategic, devised a plan to save her people. She went to the Spirit of the river Esimirin, vowing to offer everything she had in sacrifice if the diety allowed her to discover the strength of her nation’s enemies.

She then went to a place that was raided frequently. When the Igbo raiders came, she allowed herself to be captured. Being very beautiful, she was taken as booty to the Igbo King. Skillful and confident, she soon won the trust and affection of the King and people in Igbo land. This allowed her to become familiar with their customs and tactics of warfare.

Importantly, she discovered that the Igbo covered themselves from head to toe with Ekan grass and bamboo fibers in preparation for war. To defeat them, she realized, meant that someone would have to pass amongst the Igbo warriors with a torch.

Now armed with adequate knowledge, she escaped, to the great surprise of her Igbo captors who had confided so much in her. She returned to her first husband, King Oramiyan of Ife (and later Oyo), who immediately re-instated her as Princess Consort. With the knowledge she brought back, specifically, the warfare secrets of the Igbo, the people of Ife were freed from the terrors of the Igbos.

But Moremi still had a price to pay. According to historians, when she returned to the river diety Esimirin, whom she had pledged to before embarking on her mission, the shrine asked for her son, Olurogbo. To fulfill the promise she she gave her son in the ultimate sacrifice. 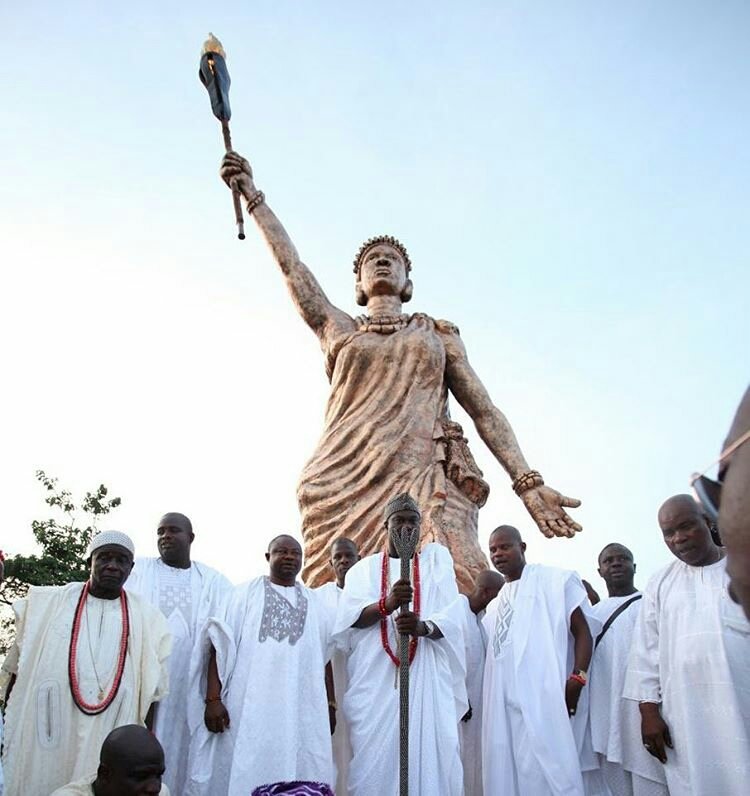 For her sacrifice and service, Moremi was greatly celebrated throughout the Yoruba Kingdom. Historians say the seven day Edi Festival of the Yoruba people was started to celebrate the sacrifice the princess made for the people of Yorubaland during their conflict with the Igbo. The festival is usually solemn and a goat is killed on the seventh day to represent her son, Olurogbo’s, sacrifice for his people. 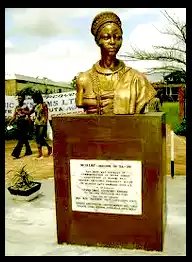 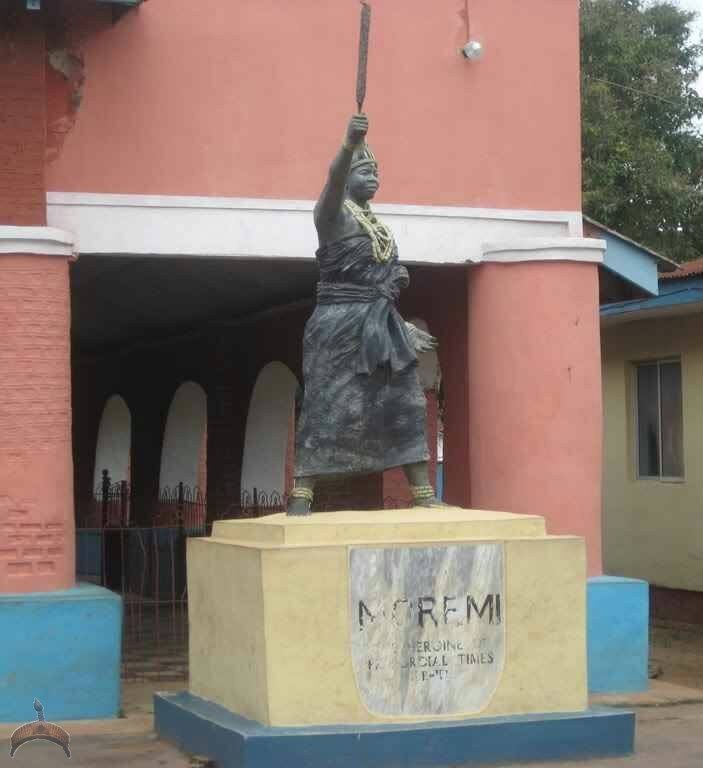 Moremi is so important to the Yoruba people that a number of public places are named after her, including the female residence halls in the University of Lagos and Obafemi Awolowo University. In 2017, Oba Ogunwusi, the Ooni (King) of Ile Ife, Osun State, erected a statue of Moremi in his palace. The statue is considered the tallest in Nigeria and the fourth tallest in Africa.