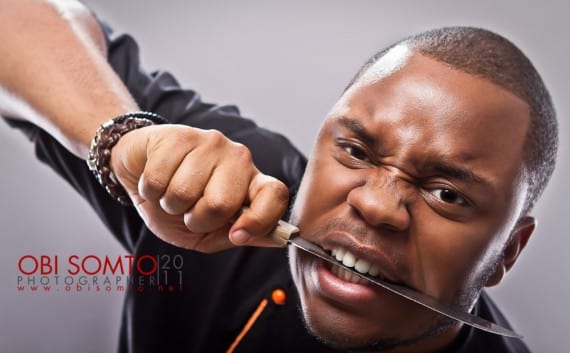 If you have been looking for a career to get in to and you have a passion for food and cooking, perhaps you should consider becoming a chef. As part of The Young Nigerian series, Gbubemi Fregene, better known as Chef Fregz, is profiled, giving an open lens in to the exciting world of cuisine — and how he has been able to make a name for himself there.

SEE ALSO: Technology Entrepreneur Launches 3 Successful Businesses Before 30, Gives Tips On How You Can Win Too

According to Chef Fregz, he would be called to cook as a youth, after being exposed to delicious food by his nanny, “Growing up as a child, I really loved to eat…. I just remember growing up around good food, tasty food, and at a point, I started thinking, instead of eating this food, how about I try to make it myself.”

And the rest is history.

Growing up in Benin City, Chef Fregz would attend Covenant University, earning a Bsc in Industrial Relations and Human Resources Management, and then after completing his youth services in 2009, he launched his first catering business, DVARD.

DVARD would have to go on a brief hiatus, though, when Chef Fregz was admitted to the prestigious Le Cordon Bleu Culinary Institute in Paris.

Once he returned from France, Chef Fregz would re-start his business, even though he had little-to-no entrepreneurial experience.

“I started because I knew in my heart it was what I wanted to do. I literally just started. No business classes, no plans,” he told Whoot Africa.  “I just told someone I could do XYZ menu for them, charged them a reasonable price that covered my cost and left me a little something, and bit by bit it was one recommendation after the other and it took off.”

Now with his company, he manages a staff between six to seven chefs and describes his earnings as having just increased from contracts in the thousands to recently reaching the next level, “We’ve gone from making thousands to making a couple of bigger figures — let me put it like that. We are just getting to that next level.”